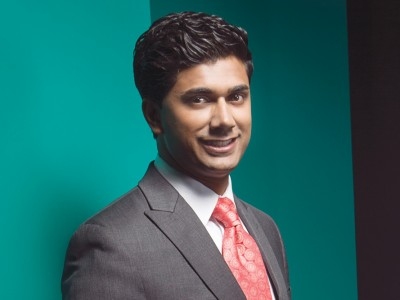 There’s a long tradition of entrepreneurs starting businesses in their parents’ basement. Zakir I. Hussein is part of that tradition.

He grew algae in his folks’ basement and then developed a technology, using the family barbecue, to extract the energy from the algae and covert it into a biofuel. He then started a clean-energy company to develop that technology even further.

Following the traditional arc of this story, Hussein would have dropped out of school to follow his dream. But, instead, the technology was interesting enough that Harvard Extension School essentially poached him from the University of Calgary and allowed him to run the business in Calgary, while getting his degree in environmental management and sustainability.

As a result, Hussein is juggling two things that should each take up all of his time. “I fly back and forth a lot. I do my mid-terms there, my projects there, my final exams there, but, other than that, I’m back in Calgary,” he says. “The professors know that I’m not always there because I have a business to run.”

That business is Organo Group Ltd. and it grew, so to speak, out of Hussein’s passion for renewable energy. But, for now, Hussein is focused on a different kind of renewable fuel: cooking oil.

“A couple of years ago, I posted something online, saying, ‘Does anyone need algae oil?’ and I got a call from someone saying, ‘Do you have any cooking oil?’ ” he recalls.

Hussein didn’t, but figured he could find some and began collecting used oil from local restaurants. He borrowed $4,000 from his parents, rented a warehouse in Acme, Alta., and began refining and preparing the raw oil for bio-fuel-producing factories and, in the early days, often slept at the warehouse to save time and money on gas. He now has 15 employees and each year refines around 600,000 litres of cooking oil bought from hundreds of local restaurants and sold to bio-fuel producers, who produce a by-product that’s added to diesel sold at gas stations.

Meanwhile, the algae technology is still in development, but the costs of producing oil from algae are prohibitively high at the moment.

Hussein says his dreams are bigger than just making money. His family immigrated to Canada from Tanzania when he was two years old, and he says he understands the economic impact one small company can have on a community. He recently hired a man who became a key employee who had been unemployed and homeless. Hussein was not at all surprised by this: “I believe that ordinary people can do extraordinary things in Alberta.”

3 Things About Zakir I. Hussein

This story has been updated from its original form to indicate that Hussein is a student at Harvard Extension School.