Mandrills are new residents at the Calgary Zoo

Over the past year, the Calgary Zoo has seen some enormous changes. We spoke with Trish Exton-Parder, Lead Media Relations at the zoo, to find out what’s changed over the last few months. Here are just 12 reasons to revisit the zoo this summer.

The Animals That Have Moved to the Zoo

There’s been a lot of movement in the Calgary Zoo over the last year and the zoo now has a lot of new inhabitants, including a distinctive bear, a friendly rhino and adorable baby otters.

These monkeys – not apes, they have tiny tails – have been a huge hit at the zoo since they arrived in May from a zoo in Quebec. The three males live in the zoo’s TransAlta Rainforest Building and there’s no way you’ll miss them: zoo employees say that they make roaring, grunting and even some screaming noises.

Eurasian lynxes: A really big version of your pet cat

Two Eurasian lynxes came to the zoo this April. The male and female came from a zoo in Ontario and live in the old snow leopard enclosure in the Eurasian Gateway.

The white black bear came to the Calgary Zoo last August and after a significant amount of time spent voting on a name, she was officially given the name Manuka this June. She’s a rescue bear originally from Elkford, B.C. and is worth the visit because of her distinctive colouring. Exton-Parder says, “she’s not an albino and not a white bear; she’s a white black bear.”

The oldest Komodo dragon in captivity

The Calgary Zoo’s first ever Komodo dragon arrived in May this year from a zoo in Toronto. She’s 28 years old, she’s the oldest female Komodo dragon in captivity in the entire world, and at 5 feet long, she’s considered a small reptile – Komodo dragons can get up to 10 feet long. See Loka in the Eurasian Gateway and catch four more, six-month-old Komodo dragons in the building this August.

Could there be anything cuter? For the first time ever, two otter pups were born in the Calgary Zoo. Born in March, the pups are now swimming and playing in their enclosure. 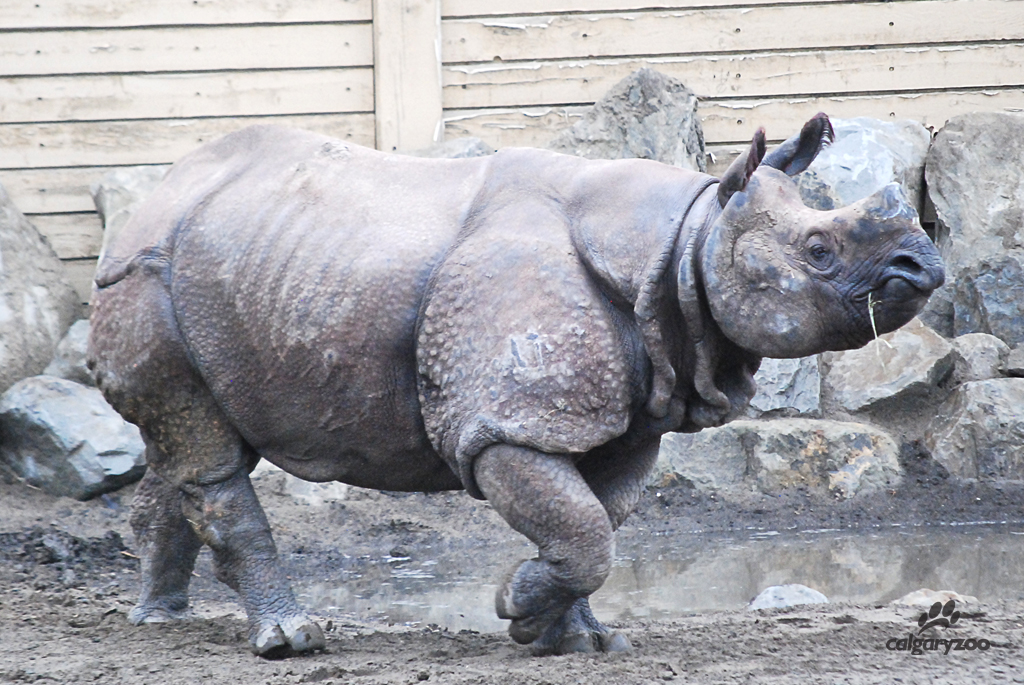 Calgarians were sad to bid the elephants farewell this spring, but Exton-Parder says they’re settling in well in their new home. In their place is the greater one horned rhinoceros. Sabari came to the Calgary Zoo from a zoo in Florida this June and is already a crowd favourite. “He’s incredibly people friendly,” says Exton-Parder. “He’ll even respond to his name sometimes.” As these rhinos are very endangered, the zoo hopes to put Sabari through a breeding program – his “date” will arrive soon – in the hopes that there will be a baby rhino at the zoo in the next few years.

Expect exciting new events to take place at the zoo, including a cultural festival and a fun run. 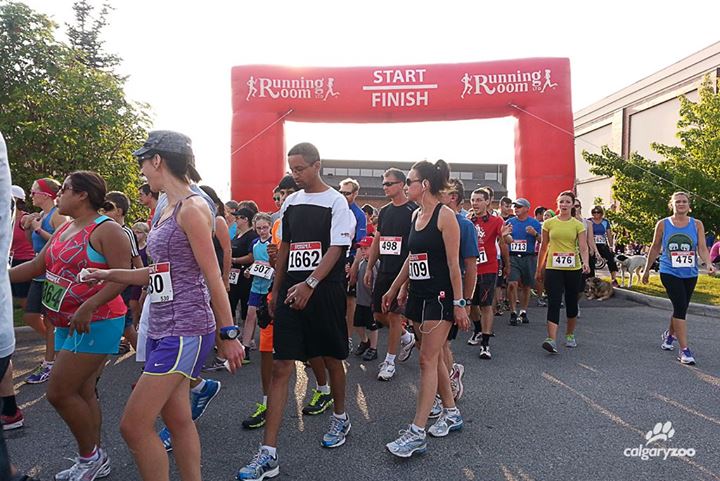 This year a new fun run is held at the Calgary Zoo, organized by The Running Room. Participate in a family-friendly 5-kilometre or 1-kilometre run or walk. The focus of this event is to have fun: the event isn’t timed and there isn’t any race merchandise, but this is a unique running experience as it is held right on the zoo grounds. This event takes place on Wednesday, July 30 at 6:30 p.m.

While not exactly new, the Calgary Zoo is happy to see this annual event return; last year’s event had to be cancelled due to the floods. The theme Gallivant is back, along with the “Roaming Among the Wild” fashion show, the tasty food and behind-the-scenes animal experiences. Tickets for this September 5 event are still available and can be purchased online.

New Buildings at the Zoo

The Calgary Zoo had to overcome a lot after last year’s flooding, and after months of building, construction and restoration, they’ve come back better than before.

On June 26, the zoo’s old research building – which was 7 feet under water at the end of June 2013 – was restored to have a new function. Grazers is the zoo’s first ever full service restaurant and it’s located in the centre of the park, across from the Chilean flamingos. The menu includes dishes made from locally grown and locally sourced ingredients and it’s licensed. Try the special featured Zoo Brew by Big Rock with free-range Alberta raised bison meatballs ($12) or the Spolumbo’s sausage and goat cheese rigatoni ($15).

The Eurasian Gateway Building has seen a big change since the elephants left the zoo. “The whole komodo dragon exhibit is different and now there’s a yard outside the building for the rhino,” says Exton-Parder.

This building has recently been brought down and the space is being worked on. “It’s part of our 20-year plan,” says Exton-Parder. “We’re working on making this a green space and hoping for a wild life interpretive centre in the future.”