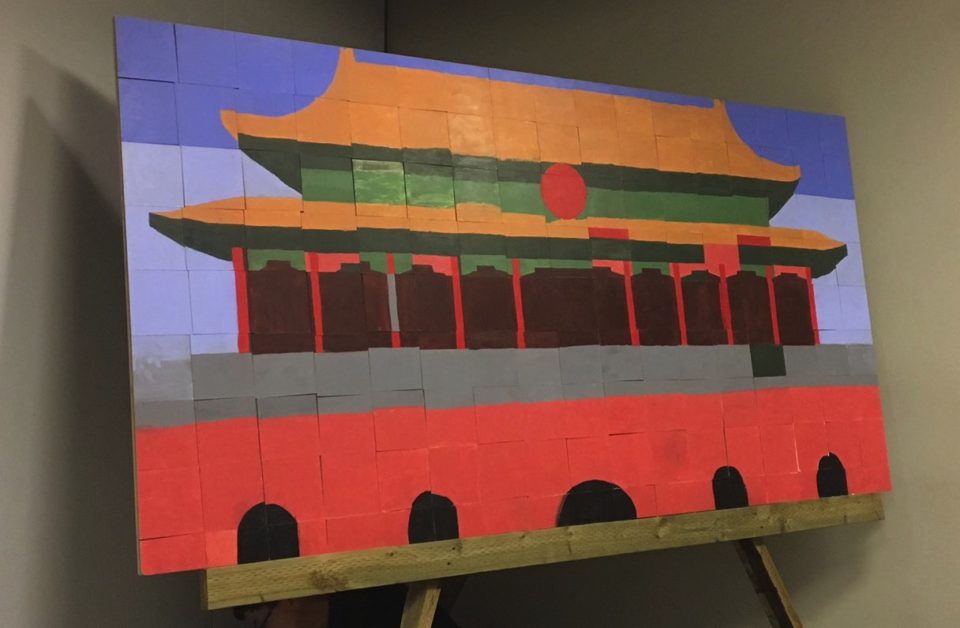 The future of Chinatown has been a hot topic of late, with the proposed redevelopment of land into high-rises the cause of much debate. This mural project takes a step away from all that. It is created by residents, for residents. And, it is coordinated by Alice Lam, a member of the Calgary Chinatown Task Force, a group of Chinatown stakeholders.

Lam says she hit upon the idea of creating a mural after speaking with a friend who runs an arts program for seniors. She thought it would be a fun change of pace from the dry, technical politicking she’d experienced as part of the Task Force. “I can see there are so many people in the Chinatown community who want to get involved. They want to give something back and they just haven’t had the chance to,” says Lam. “So I thought, why don’t I start? Let’s just see if there’s people who want to do it.”

Lam reached out to Mark Vasquez-Mackay, an artist who’d worked on public art creations like the Queensland mural, to help with the project. The pair wanted to create something that would both represent the community’s heritage and involve its members in the creation process.

Once they had the idea to have people paint individual tiles that would form a mural, Vasquez-Mackay asked a number of Chinese students at the Alberta College of Art + Design what a good subject would be. One student suggested the Forbidden City. “It’s so recognizable Everybody knows what it is,” says Lam. “It kind of helps us remember our roots, where we came from and the impact that history’s had on Calgary.”

Lam and Vasquez-Mackay held a painting session in December, inviting members of the community to come paint tiles in a paint-by-numbers style. Nearly 100 people contributed to the project during the session with the remaining half of the tiles completed by seniors. “It was important for me to get the seniors involved because most of the people who live in the community and are the most involved spending their money there are seniors.”

Once all the individual tiles were painted, Lam and Vasquez-Mackay glued the pieces together to reveal a completed painting of the Forbidden City.

“We noticed some of the seniors painted a different colour. Where there was supposed to be red, there was green. There are a couple of instances of that,” says Lam. “It adds character to the painting. That’s the coolest part of the painting.”

“It was such a group effort,” says Lam. “Compiled together, it is such a powerful image.”

The mural was unveiled on the second floor of the Chinese Cultural Centre on January 21 where it will be on display until the 28th to coincide with the Chinese New Year.