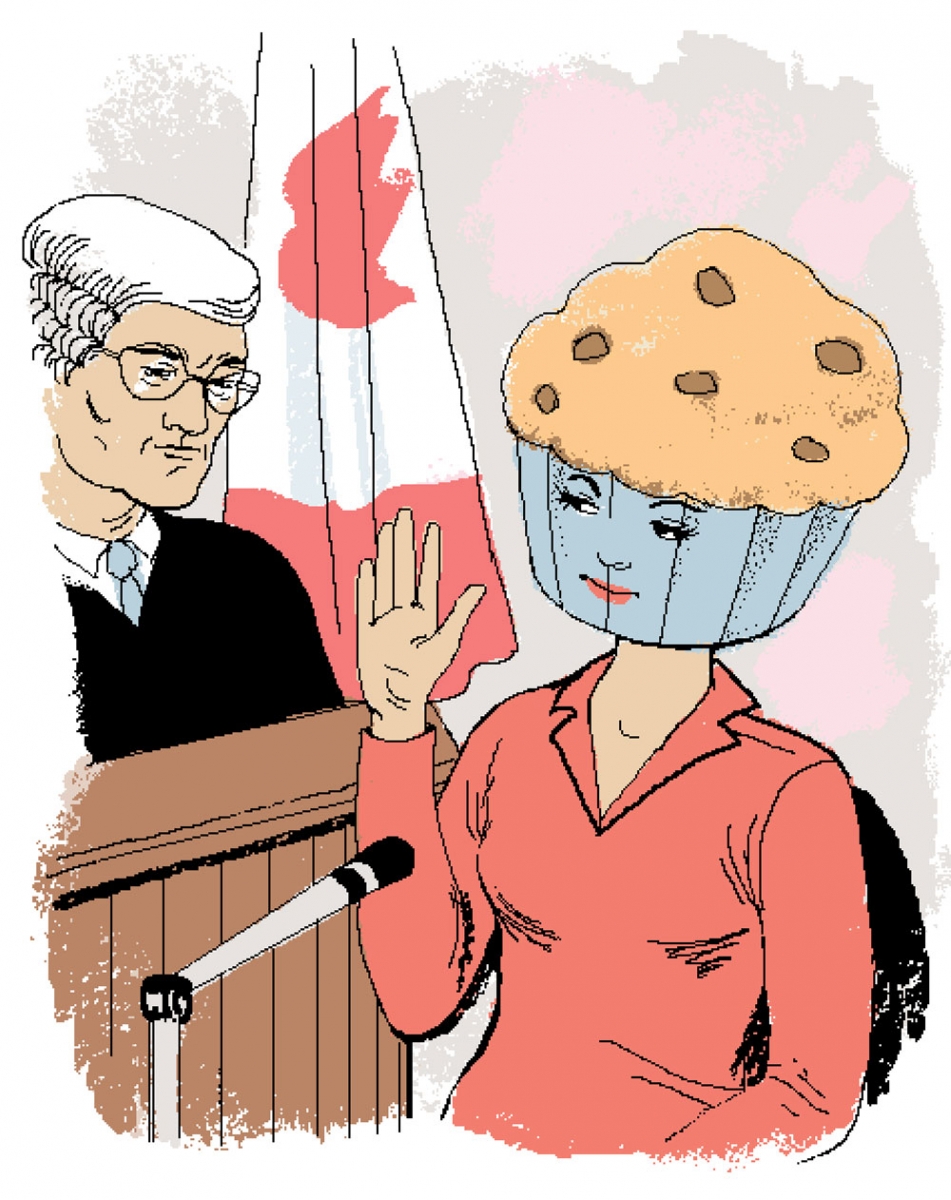 Are Gluten, Dairy and Red Meat Really That Bad For Us?

But what if this triple threat isn’t a threat at all? What if a gluten- and dairy-free diet is less about health and more about the trend? What if red meat’s high saturated-fat content isn’t the equivalent of a romance with a tall, dark and handsome fella with drinking and intimacy problems?

Like any good rumour, there is some truth to the suggestion that this trifecta is bad for us. There is a small percentage of people who really shouldn’t be eating gluten, dairy or high amounts of saturated fat for legitimate health reasons. But, for the rest of us, turning to questionable websites for the definitive answers on why we’re occasionally gassy after dinner is silly. And following the elimination diets touted by them is potentially dangerous to our health.

Gluten-containing whole grains, dairy and red meat, especially lean cuts, are whole foods packed with nutrients and can be part of a healthy diet.

With the help of health-care professionals, we put dubious claims, such as that dairy consumption causes osteoporosis, gluten is bad for everyone and red meat should be avoided, on trial. It’s time to peel back the misconceptions and give these alleged bad foods a chance to defend themselves.

Gluten isn’t the nebulously bad “white stuff” found in tortellini, ichiban and French baguettes. It’s a protein, technically a composite of two proteins, gliadin and glutenin. Gluten is Latin for “glue,” and this strong, sticky substance gives elasticity and structure to pizza dough, bread and anything made with gluten-containing grains.

Gluten has gotten a bad rap in the last few years and is blamed as the culprit for health woes from indigestion to acne. Canadians are swapping gluten-containing foods for gluten-free products. But, for many of us – maybe even most of us – gluten-containing whole grains such as wheat, barley and spelt should be part of a healthy diet.

That said, there are a handful of Canadians who are affected by celiac disease and should avoid gluten completely. Celiac disease is an auto-immune disorder in which the immune system reacts against gluten and physically causes damage to the inside of the intestine. Health Canada estimates that one per cent of the population, 340,000 Canadians, are affected by it.

Gluten sensitivity is a little trickier to track. Registered dietician and nutritionist Casey Berglund says it’s estimated that six per cent of Canadians have gluten sensitivity, but many other experts estimate it’s lower than that, or the problem could be caused by another dietary trigger.

“Some people will consume foods that contain gluten and feel bloated or have gas, and, through cutting gluten out of the diet, those things improve. That’s the only way to tell if someone has a sensitivity,” Berglund says. “Certainly, it seems more people think they have a gluten sensitivity than actually do.”

Gluten-free products are marketed as “healthy” alternatives to gluten-containing foods. But, with less than 10 per cent of Canadians actually affected by gluten-related health issues, for most of us a cupcake, whether it has gluten or not, is a cupcake.

Berglund says the term “gluten-free” is sometimes a way to “health-wash” a food and market it as more nutritious.

“When you look at a lot of the gluten-free products, often they’re not overly nutritious,” Berglund says. “A cupcake or wrap that’s gluten-free might be higher in calories, higher in sugar and salt and lower in fibre than its gluten-containing counterpart.”

Berglund says switching from a gluten-containing processed food to a gluten-free processed food doesn’t help most people. For those who can eat gluten easily, cutting out healthy gluten-containing whole grains can have negative consequences including low fibre intakes. Not consuming enough fibre can lead to constipation. Fibre also plays an important role controlling blood cholesterol levels, as well as regulating blood sugar. And fibre tends to keep you full.

“In terms of managing a healthy body weight, having a diet higher in fibre can keep you full without a ton of additional calories,” Berglund says.

Whole grains are also a good source of protein, something people are often surprised by. For example, a quarter cup of wheat berries – unprocessed wheat kernels – contains 6.5 grams of protein, which is almost the equivalent of a glass of milk. 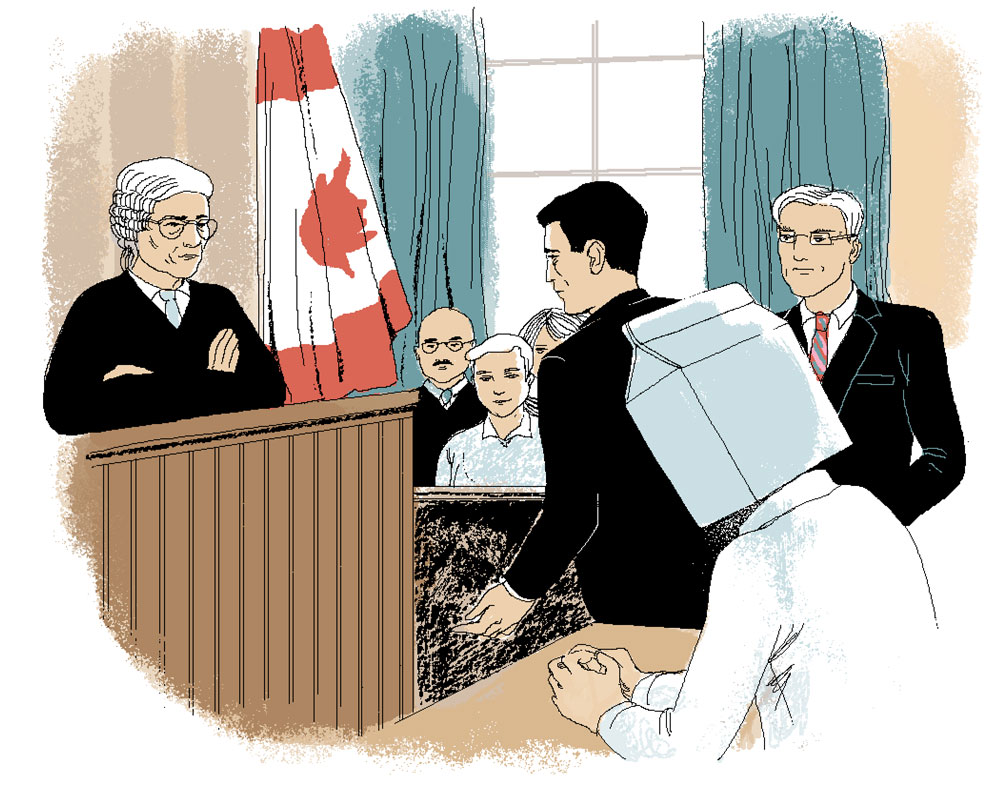 Charge: Causing bloating, gas and discomfort and increased acid in the body

A small percentage of Canadians, fewer than one per cent, is actually allergic to the proteins in milk. Common symptoms for milk allergies include vomiting, rashes, congestion, trouble breathing and facial swelling. If you were allergic, you’d know.

Some people have trouble digesting dairy because of an intolerance to lactose, a sugar found primarily in milk and milk products. The Canadian Digestive Health Foundation estimates 7 million Canadians, or 20 per cent, are lactose intolerant.

Dr. Tannis Fenton, adjunct assistant professor at the University of Calgary, epidemiologist and registered dietician, says there are a lot of assumptions around lactose intolerance that go beyond the true biological picture.

“For many people, it’s very popular to feel that they’re lactose-intolerant, when the vast majority of people can easily tolerate a small serving of dairy daily,” Fenton says.

For most of us, dairy should be an essential part of our healthy diet. But, like the gluten-free trend, dairy has become popular to avoid. We opt for milk substitutes, such as soy, coconut and almond “milks,” but these highly processed white beverages are lower in protein and nutrients and often higher in sugar. They also frequently contain carrageenan, which is linked to significant gastrointestinal issues including inflammation, gut irritation and ulcers. Fenton finds the subtle “healthy” marketing of white beverages unsettling.

“Some of them are enriched with protein and the key nutrients you find in milk, but not all of them. It’s basically sugar and water,” Fenton says. “There are case reports in the medical literature from a number of countries of children under age two who have been hospitalized with severe malnutrition on rice milk.”

There are some more out-there claims about dairy, including that it is acidic and can erode bone mass and lead to osteoporosis.

“None of that is true,” Fenton says. “If you look at the Asian countries, which are often used as the comparator, farmers and labourers do have a lower rate of osteoporosis, but people who live in urban environments have rates that are almost identical to North American numbers.”

Fenton says increased rates in osteoporosis are linked to a sedentary lifestyle, not dairy consumption. “We know that any type of movement, particularly weight-bearing, jumping and resistance exercise, is actually necessary to maintain bone health,” she says.

Verdict: Dairy is an excellent source of calcium and is packed with satiating protein. Calcium is only one of the components for maintaining healthy bones but is an important one. If you’re not allergic, don’t eliminate dairy and keep your bones healthy. 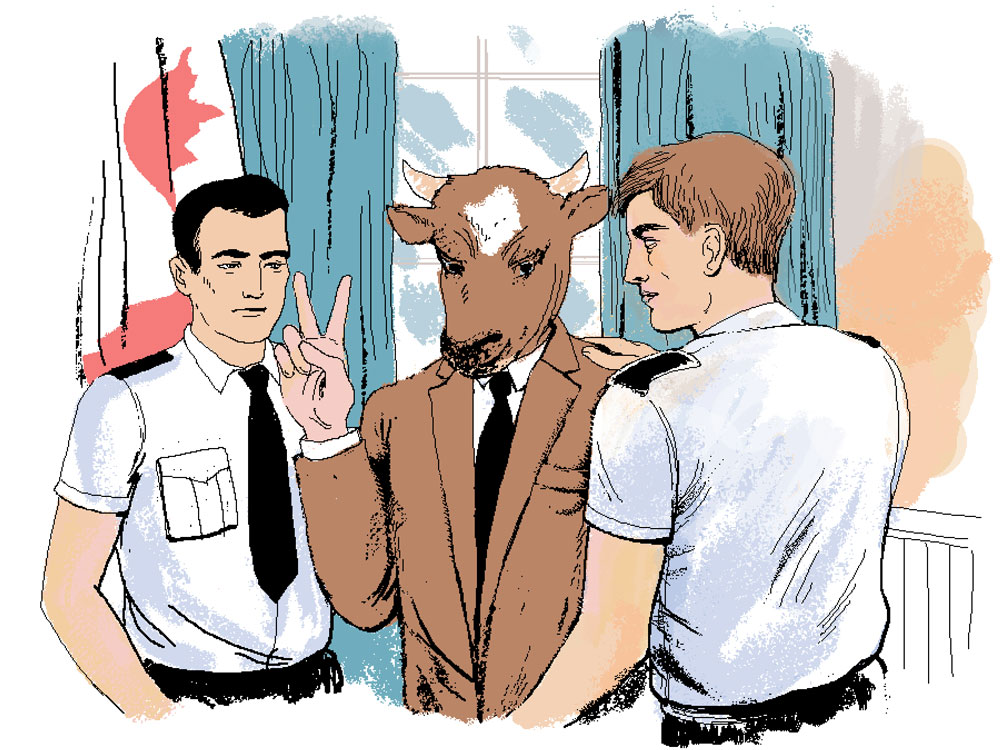 Charge: Packed with saturated fat, red meat should be avoided

Red meat has long been considered an occasional guilty pleasure, something to indulge in, like chocolate cake or a milkshake, because of its high saturated fat content that increases the risk of heart disease.

Last March, an international study was published in the journal Annals of Internal Medicine with the claim there is no link between eating saturated fat and an increased risk of cardiovascular disease. The study was a systematic review; the researchers looked at almost 80 published studies that involved more than half a million people.

The study is good news for Alberta’s cattle industry and red meat, butter and cheese lovers. But Dr. David Lau, a professor of medicine at the University of Calgary and an endocrinologist who specializes in diabetes, obesity and lipid disorders, cautions it’s not an invitation to overeat one type of food.

Red meat has always been an excellent source of protein, and, because protein is satiating, like fibre, it can leave you feeling full longer, which can help with weight loss. It’s also packed with vitamin B, iron, zinc, selenium and creatine, but it should be eaten as part of a nutritionally balanced diet. When we identify foods as “good” or “bad,” we lose the complete picture of a healthy diet. For example, labelling saturated fat as “bad.”

“A little bit is not bad at all,” Lau says. “Foods that contain saturated fat also have vitamins and micronutrients that are good for us.

“Look at an egg. The yolk is a good source of cholesterol, but it’s also a good source of alpha-linolenic acid. You can’t dismiss one part,” he says in response to the trend of people eating only the whites of eggs.

Although Lau says it’s perfectly fine to eat red meat in moderation, it’s still important to be objective about the study’s findings.

“You can’t just look at one study and say this study is definitive,” he says. “By and large, most clinicians and scientists would agree that a diet that consists of less saturated fat is healthier.”

When you do tuck into a tasty hunk of red meat, Lau recommends choosing leaner cuts, like a filet mignon or extra-lean ground beef burger, because they contain less cholesterol and fat, which means you can eat it more often, up to three times a week. Grass-fed organic beef is a good choice because it often means the cattle is exposed to fewer hormones and antibiotics. He also recommends avoiding charring meat at high temperatures because it can create carcinogens.

Verdict: “As a clinician who is very much advocating for preventative health promotion and disease prevention, I would recommend that, in general, it’s perfectly fine to eat lean cuts of red meat in moderation.” Lau says.