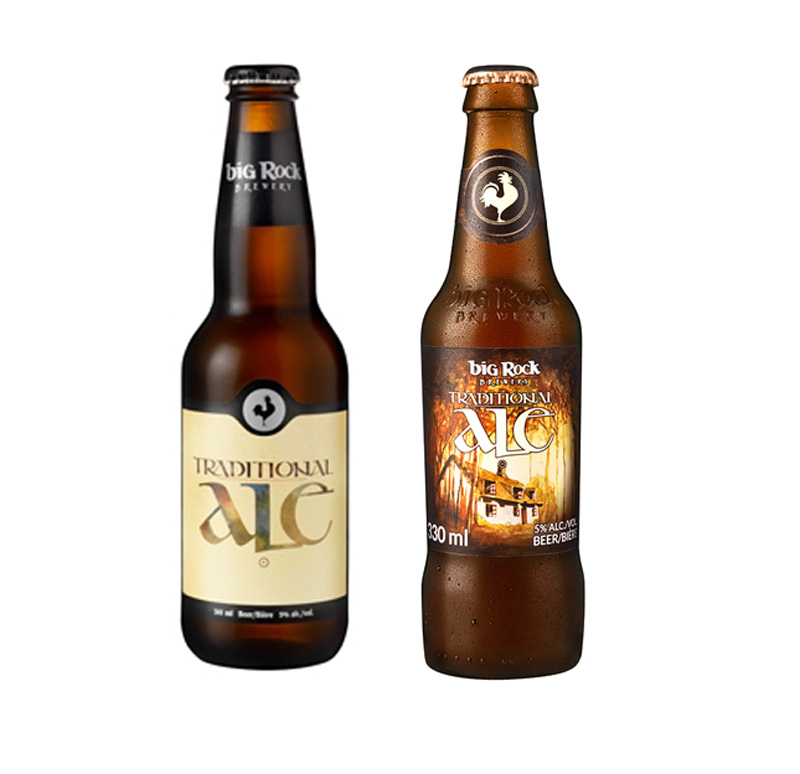 It’s going to be an exciting year for Big Rock Brewery – and for the beer-lovers who enjoy drinking its brew. The company plans on releasing more than 20 new Brewmaster and Alchemist edition beers this year and, for the past 18 months, Big Rock Brewery has been redesigning the packaging of the beers we all love and know.

The new packaging for the brewery’s Signature Series beers was decided upon mostly to reflect the care and artistry that goes into the brewing process. The brewery was keen to support the community and commissioned local artist Dean McKenzie to create the new designs.

Set to be released later this month, here is a preview of just a few of the redesigns (right) we’re excited to see in stores, compared to the old packaging (left).

This redesign perfectly reflects what’s in the bottle: a smooth, bold ale. A complex, nutty beer is the perfect way to kick back and relax at home.

Wheat fields and blue skies? We love how Albertan the new design of the Grasshopper Ale is.

The British flag in the updated version of this beer’s packaging is an excellent reminder of its British roots.

As Irish brews are “the biggest and boldest on the planet,” according to Big Rock, it makes sense that the new design of this beer should have a little extra oomph.

When Paul Gautreau created this beer, he created it to pay tribute to the original European Pilsners. We like that the new design highlights its European roots with a quaint street scene.

This design perfectly reflects what’s in the bottle: a sweet, light lager with a honey, molasses flavour.

A beer of this calibre deserves a bright redesign. And, fun fact: the green plant on the new label are fuggles, the British-style hops which is the key ingredient in this beer.