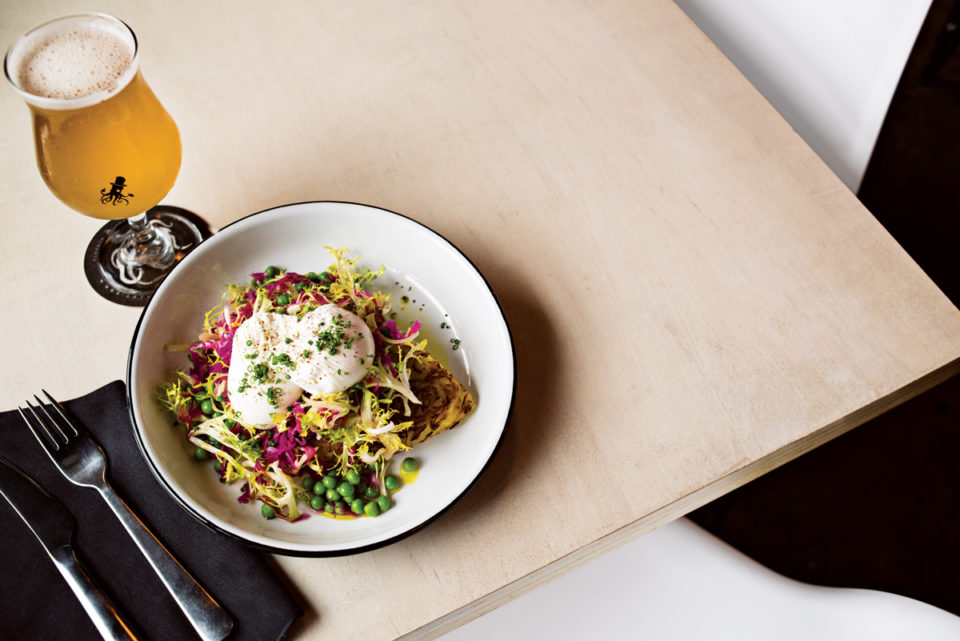 With dozens of new breweries opening across the province, local spots like Calgary’s Dandy Brewing Company are setting themselves apart by putting as much thought into their food as their beer.

When the restaurant and attached brewery opened its new flagship location in Ramsay this past April, chef Merritt Gordon joined the team to create a food program to complement the beer. Having previously worked with Rouge, The Eden Restaurant at The Rimrock Hotel in Banff and Au Pied de Cochon in Montreal, Gordon crafts elevated yet approachable snacks such as oysters, pickled eggs, rollmops and chicken-liver toast for Dandy. The larger plates, which are intended to be shared and paired with beer, include sweet-potato ceviche, beans on toast, beef tartare and the Dandy hot dog, topped with daikon slaw and crispy shallots and served in a steamed bun.

Gordon’s creativity extends to the weekend brunch menu, too. It features staples like a classic eggs Benedict and a plate of eggs, ham, baked beans and tomato, but there are also more unique dishes — think fried-green-tomato breakfast sandwiches, lamb and green-garlic stew and bubble and squeak, a British dish that Dandy tops with poached eggs. Pair your meal with one of the up to 20 beers on tap and you’re in for a delicious — or should we say dandy — dining and drinking experience.