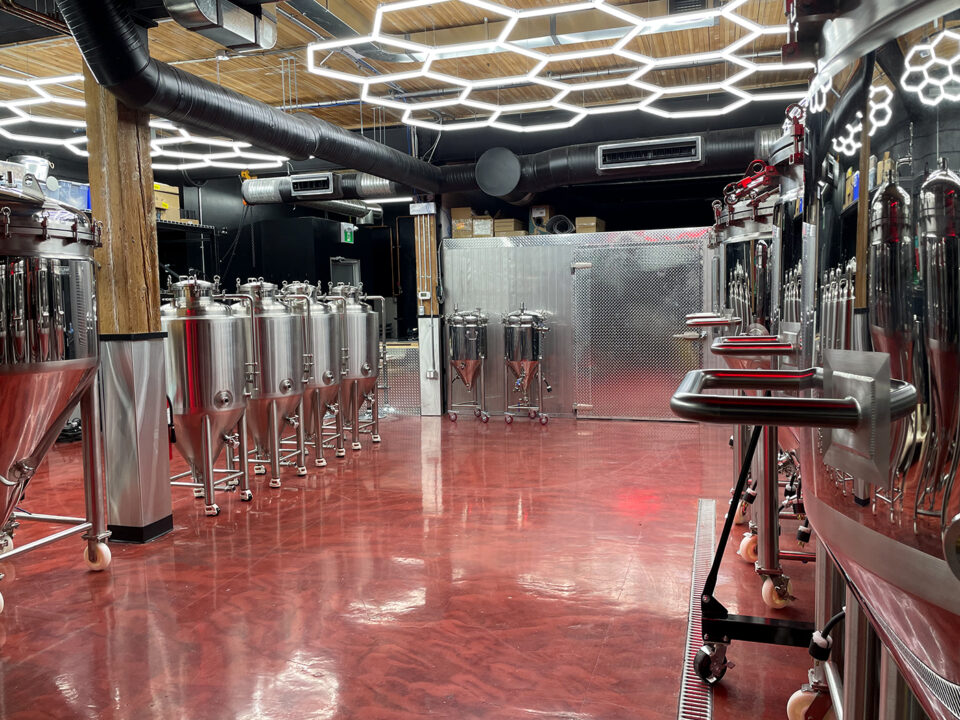 More and more Calgary breweries are opening their doors to the public these days, selling their wares in their own in-house taprooms. Not only does this give all of us beer-lovers a chance to experience the unique personality of each brewery first-hand, it also gives us the opportunity to meet some of the talented people behind our favourite local beers. Here are three newly opened brewery taprooms to check out.

The new Calgary iteration of this Vancouver-born brewery is located at The District at Beltline and features two floors of seating, plus a patio complete with a wood-burning firepit. Stop by for a regular or extra-large 24 oz pint of Fluffy Cloud (a citrusy IPA) or 33 Acres of Sunshine (a lighter brew with orange and anise flavours), along with food from 33 Acres’ neighbours, Central or The District At Beltline Food Hall. If you’re on the go, you can grab a six-pack and some 33 Acres merch from the front to take home with you.

Playfully named as a nod to the successful corporate careers of its owners, Evil Corporation Brewing has been in business for a while, but up until recently, its beers were only available at liquor stores. Fortunately, with the opening of Evil Corporation’s new headquarters in Ramsey, you can now go directly to the brewery’s taproom for growler and howler fills. There are eight beers on tap here, including the IPO (Initial Public Offering) IPA and the P&L (Profit & Lost) Pale Ale, plus a few collaborations with local businesses and breweries. Now that they have their own location, the team will be brewing new beers almost every week as well. Evil Corp also has plans to expand the taproom by adding a private tasting room and patio — construction will be completed sometime this summer.

Tailgunner Brewing Company opened its beer hall at the beginning of April, in the heart of Sunalta. Named in honour of co-owner Mike MacLeod’s grandfather, who served as a tail gunner in World War II, Tailgunner Brewing creates beer with a quality-first mentality, using the best ingredients available to brew the best pints. Among its offerings are three brews that are always on tap: a traditional Czech-style pilsner called the Lint Stephenson (which was the name of MacLeod’s grandfather); a German-style lager known as the Sentinel; and the Dame Dorthey, a hazy pale ale. Tailgunner also brews several seasonal beers, including the wildly popular Kyoto Drift, a collaboration with Last Best Brewing.

Vote for the Best Restaurants in Calgary

5 Things We’re Excited to Eat and Drink This July