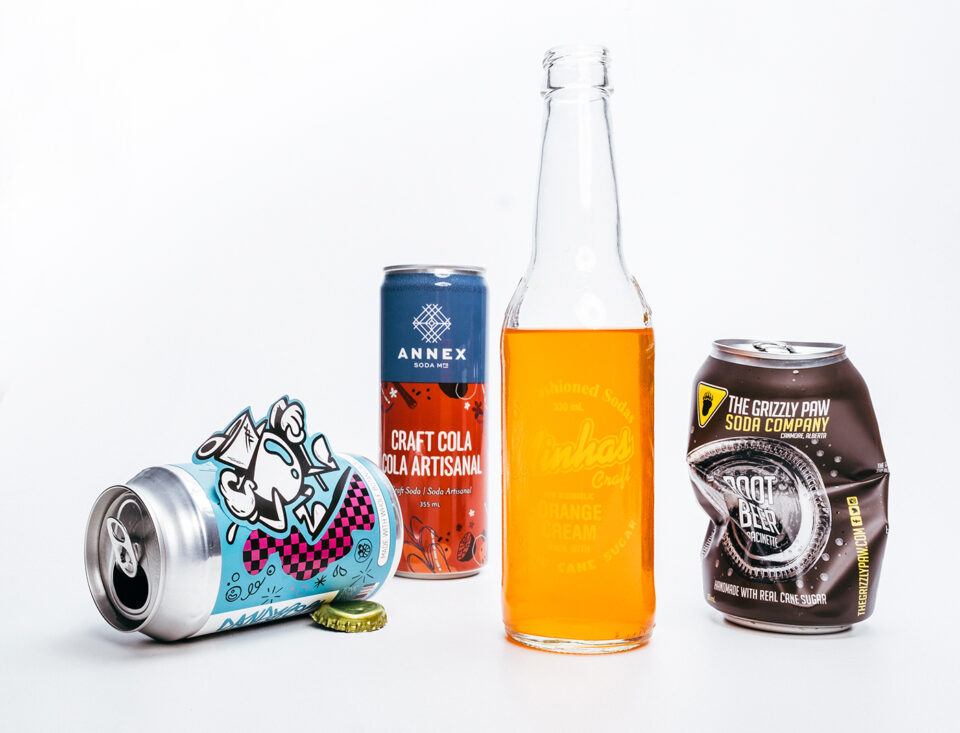 Craft soda seems to be everywhere these days as more and more brewers enter the market. We tracked down representatives of four local manufacturers — new and old — to recommend their favourite soda and discuss what sets their particular pops above the rest.

Annex Ale Project was making sodas even before it started making beer. While waiting on a brewing licence, co-owner Andrew Bullied created a root beer, which became the first Annex product brought to market. The newest Annex soda is the craft cola. Like the others, it is made with fresh-pressed ingredients. “You can’t really deviate too far from cola and get too crafty with it because people have a strict vision in their minds of what cola is,” Bullied says. “[But] ours is a little less sugary. It’s very vanilla, nutmeg and cinnamon-forward.”

Dandy Brewing Company is a new player in the soda-making game with its playful DandyPop line. Each can has a peel-off sticker designed by art director Jag MacKenzie. While you’d think the cherry and vanilla cream soda would be a hit with youngsters, brewery co-founder Benjamin Leon says his kids prefer the tonic. “It’s more herbaceous, sort of a citrus soda, compared to your regular tonic,” Leon says. “Every time we get someone to try it, they’re kind of blown away.”

Grizzly Paw has been making sodas for 16 years and employs a soda maker, similar to a brewmaster, who is the creative lead and sole producer. But the flagship root beer is still No. 1. “Kids love it, it tastes great in cocktails, it’s as simple as that,” says former staffer Kristina Cardinale. Along with the two Canmore Grizzly Paw locations, the sodas can be found at retailers across Western Canada.

When the locally operated Minhas Craft Brewery acquired a brewery in Wisconsin, it also bought the recipes for craft sodas the former owners created as a way to survive the prohibition era. “We use organic cane sugar now, but the feeling the soda evokes when you taste it will definitely take you back in time to when you were a child,” says co-founder and CEO Manjit Minhas — in particular, the orange cream soda, which tastes like a creamsicle in a bottle. Minhas sodas are available at Sobeys, Safeway and Calgary Co-op stores.