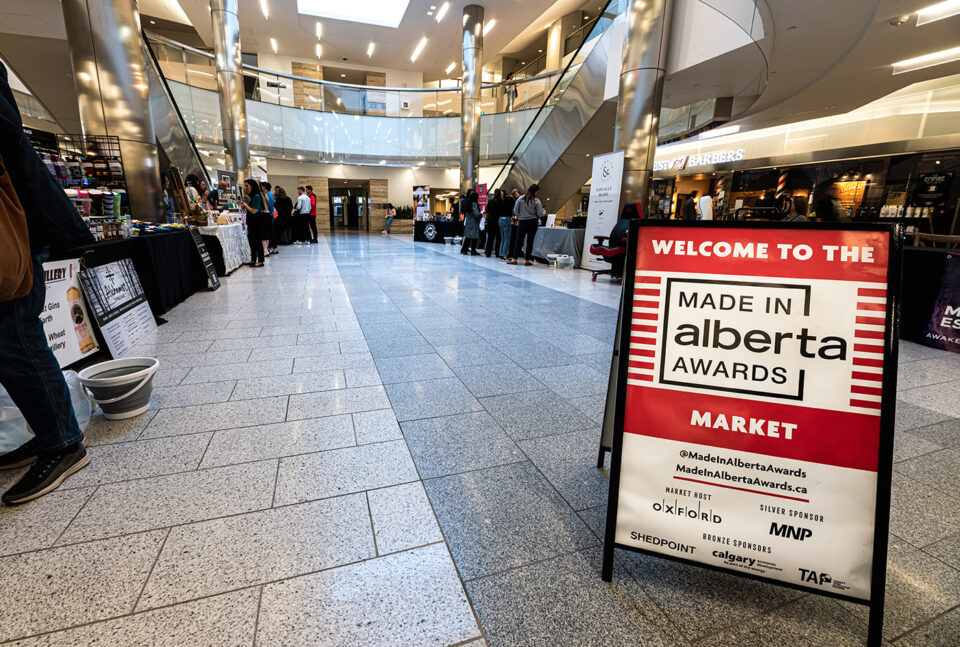 This week marked the return of the Made in Alberta Market, which took place at Bow Valley Square on May 18 and 19, 2022.

Sixteen vendors participated over the two-day event, all of whom were previous winners and runners-up of the Made in Alberta Awards. This included Eau Claire Distillery, which was giving a sneak peak of its new canned dill pickle Caesar that would launch the next day,  Delphinette, a children’s hair accessory company that opened in 2020, making this their first in-person market, and StumpCraft Puzzles, who have already designed and launched new puzzles since winning the Games and Leisure award category in 2021.

The Made in Alberta Market was generously sponsored by Oxford Properties, MNP, Shedpoint and Calgary Economic Development’s Trade Accelerator Program.