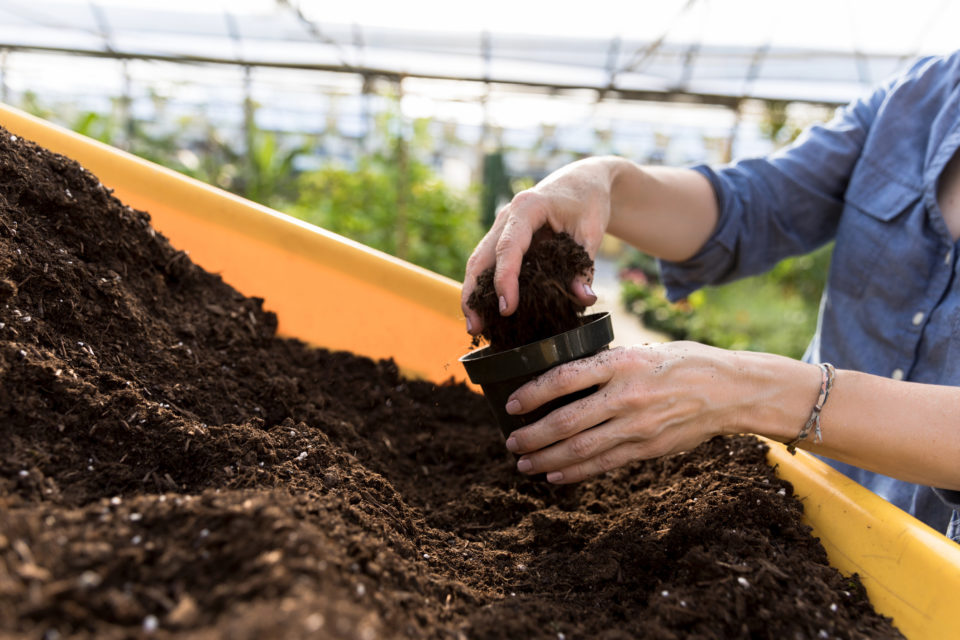 Chelsie Anderson is a Calgary-based natural-gardening educator and author. As such, she’s an advocate for the power of worm castings to bring soil to vibrant life, particularly in pots where plants don’t have access to the minerals, microbes or moisture naturally found in the earth. “Potting soil is a sterile mix,” says Anderson. “You don’t get the critters that benefit plants grown directly in the ground.” The beauty of adding worm castings, she says, is that “you get all those beneficial guys to kickstart the system.”

Worm castings are a by-product of vermicompost — basically, worm manure that works as a rich, natural fertilizer. An alternative to chemical fertilizers that can leach water and damage soil, worm castings can improve and sustain soil by adding beneficial bacteria and fungi that deliver nutrients from the soil to a plant’s roots. “Castings add microbes that feed plants naturally, as well as add minerals in well-balanced proportion,” Anderson says. Perhaps most noticeably, the addition of worm castings, which Anderson suggests replenishing annually to pots, means less water is required. “The casting works like a sponge, it helps the soil maintain moisture really well, which can mean 50 to 75 per cent less watering.”

So, how to worm-cast like a pro? Mix 25 per cent castings to 75 per cent potting soil in your container (some experts say go as far as 50/50). Plant your plants. Sprinkle some castings on top for good measure, and then sit back and watch things grow. (Note to the squeamish: a bag of worm castings does not contain actual worms; it looks similar to coffee grounds, and you’ll find it at most gardening shops.) Avoid supplementing the castings with chemical fertilizers as you’ll likely kill the microbes that are busily trying to teach the soil to feed itself.

And, if you think DIY vermiculture might be your jam, check in with Anderson at chelsiesgardens.com for upcoming workshops and events.

The Case For Growing Fruits, Vegetables and Herbs in Containers

The Benefits of Gardening in Pots