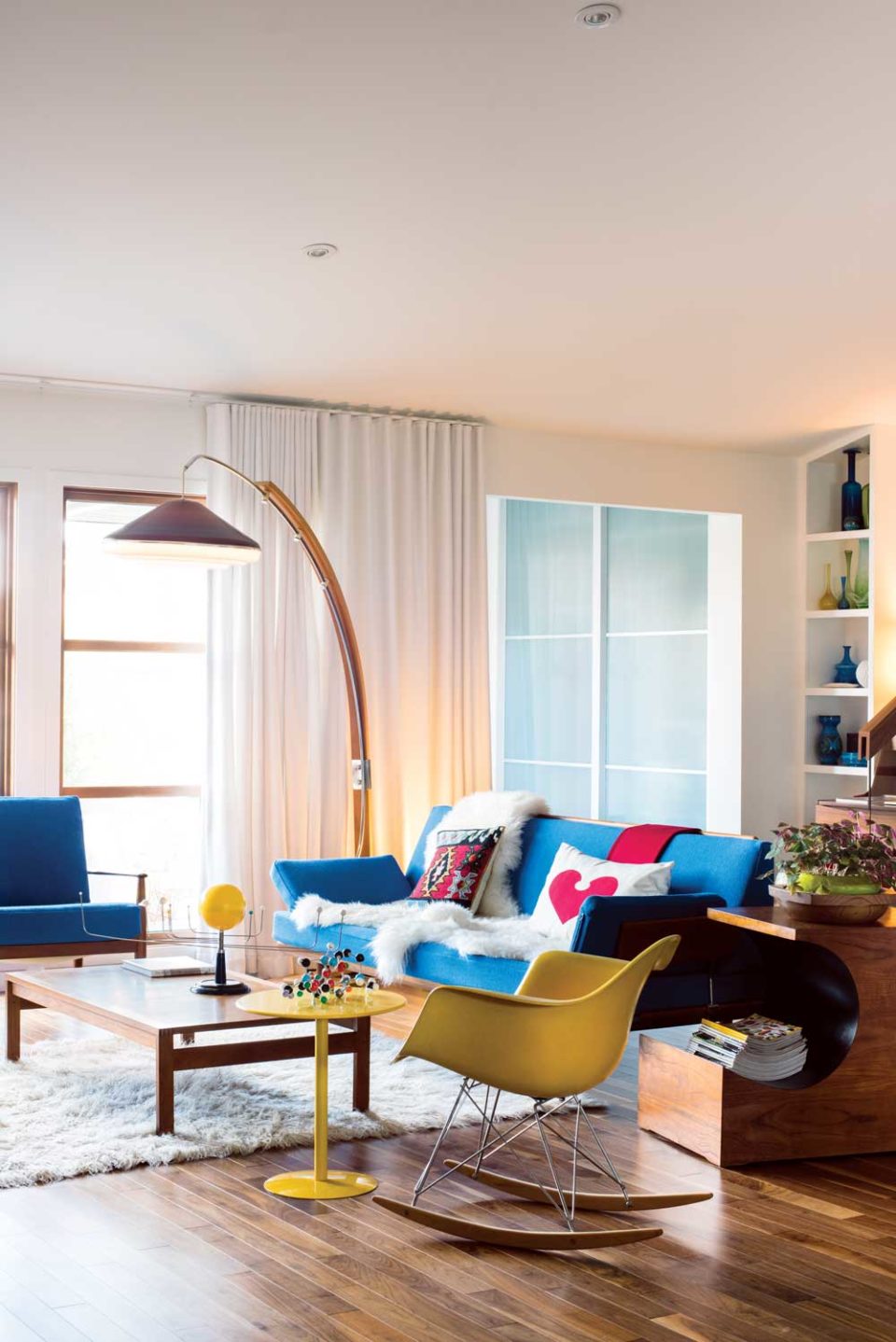 Whether it’s because of an open-concept layout or an extended row of floor-to-ceiling windows, some homes don’t have much wall space to provide a  backdrop for furniture pieces. In an open-concept home, Cardel‘s Kristina Hutchins suggests pulling furniture toward the room’s centre, which may require choosing smaller living-room furnishings.

“In a living-room atmosphere we want to create conversation areas so that people can sit and enjoy each other’s company,” Hutchins says. “Rather than having these sofas and big pieces, maybe it’s four individual chairs and a nice bench. Then we have ottomans, so we actually can fit eight people in there, and it looks normal and comfortable.”

Hutchins notes that placing screens behind floating furniture creates a sense of the wall space your room lacks, while providing a great room atmosphere without feeling cramped.

Reduced wall space also limits your options for hanging art. But Metro Element‘s Christina Loc points out that windows themselves can be considered a natural art piece.

“I wouldn’t be afraid to put a sofa in front of a window,” Loc says. “A lot of times people are afraid they’re going to obstruct the view, but it’s nice to lounge around on the couch and watch TV on one side or be able to rotate your body to look out the window.”