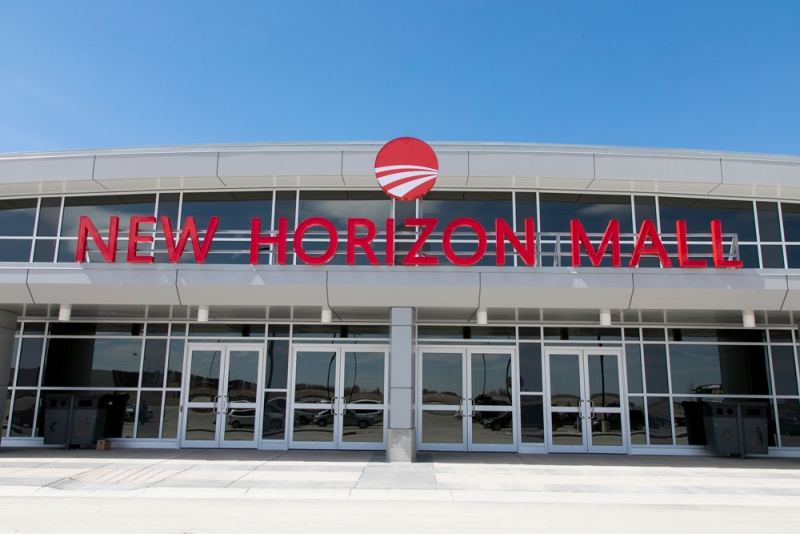 Canada’s second-largest mall will open this summer just outside Calgary in Balzac. New Horizon Mall is located directly across from CrossIron Mills. It will have more than 500 retailers and restaurants, most of which will not be familiar big-box store names. Instead, both the stores and the food court will have a multicultural focus that’s more like a modern Asian-style bazaar than a traditional North American mall. You’ll be able to find items from around the world such as incense from Nepal and art and clothing from India. There will also be an Asian supermarket and the mall will host cultural events such as fashion shows and dragon dancers.

“If you go to the Middle East or the Far East, this is what you’ll see. You’ll see small stores selling all kinds of goods,” says Mohamed Kharfan, an investor who owns four units at New Horizon Mall.

The mall is the first in Southern Alberta where each store is purchased outright, similar to a condominium complex. Some stores have been purchased by the retailers themselves and some are purchased by investors and leased. There are also yearly maintenance fees. It’s a model that’s been met with huge success at Toronto’s Pacific Mall.

Sabi Mattu purchased a 250-square-foot unit for $229,000. He’s a first-time business owner and his store Perfume Boutique will sell designer perfumes and accessories. “I saw it as a chance to own a space rather than paying a lot of rent [at a mall],” says Mattu, who previously worked an hourly job in cosmetics.

All the stores are currently sold and, while the mall isn’t open for shopping yet, it is open to potential business owners who can walk in to inquire about leasing a unit. The grand opening is expected to happen sometime this summer.