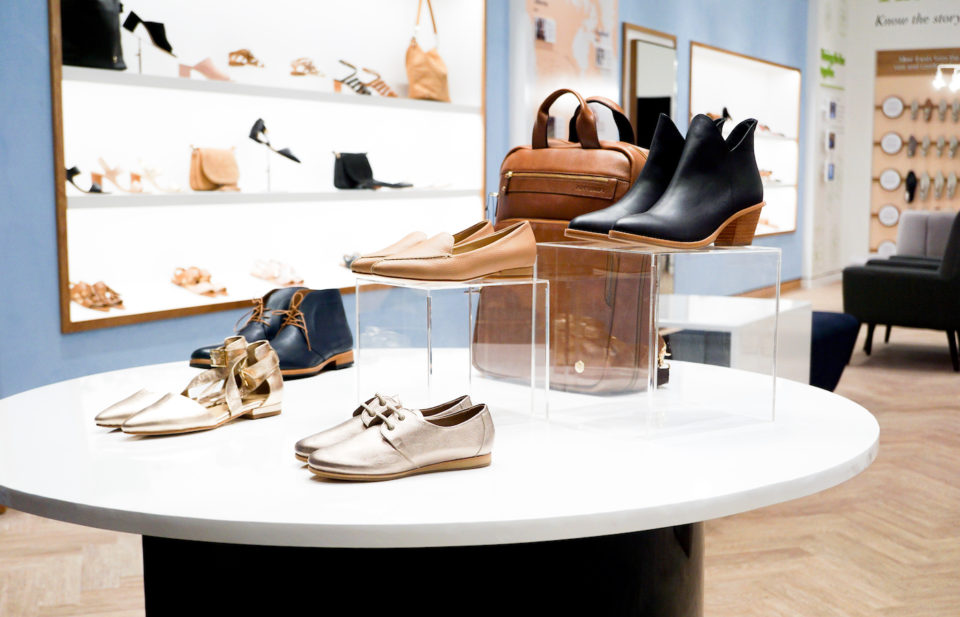 One of the biggest fashion brands to come out of Edmonton, Poppy Barley has officially opened its first Calgary storefront in CF Market Mall.

The luxury footwear and accessories company got its start in 2012 and quickly made a name for itself with its stylish, made-to-measure leather boots that you could order online. The company has grown significantly since then, but still designs its products in Edmonton and works with ethical factories in Mexico and Brazil to make them a reality.

Shoppers can still get made-to-order footwear in the store and online, but the new Calgary storefront also carries a selection of its women’s and men’s shoes — including boots, sandals, heels and flats — that you can buy right then. Poppy Barley also makes backpacks, purses, wallets, luggage tags and more.

And if you want to learn more about Poppy Barley’s story, just take a look around the new 2,400-square-foot shop. Poppy Barley, which was recently named a certified B corporation, uses its walls to showcase the stories of the factories it works with, the shoe lasts used to make their products and more.