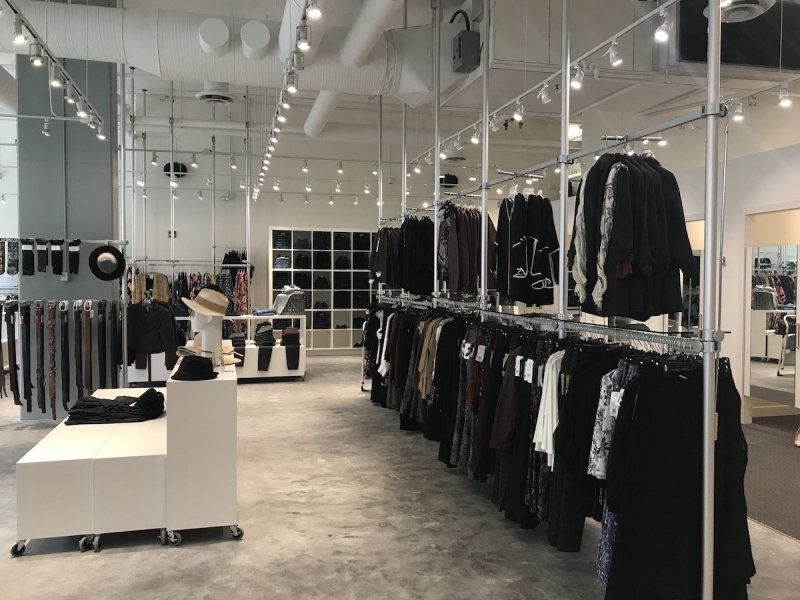 Over the years, Megan Szanik has grown espy into one of Calgary’s coolest shopping destinations. Now, the owner of the local boutique (and 2014 Avenue Top 40 Under 40 honouree) has taken it even further by expanding the store and launching a new series of in-store pop-up shops.

Shoppers will notice one of the biggest changes to espy right when they walk in — the store has doubled in size to 6,800-square feet. Espy’s growth has resulted in some particularly great additions to the menswear area, which now has triple the selection of apparel and accessories. Espy also has 14 new change rooms and a new private shopping space called the Groom Room where guests can be fitted for custom suit and shirts.

In addition to the physical growth, espy is launching a new project: a series of in-store pop-up shops that will feature Canadian and international designers and brands. There are currently six pop-ups planned for this fall, which will feature everything from custom leather jackets to men’s accessories. The upcoming pop-up experiences range from trunk shows to the opportunity to create a customized piece of apparel with the designer. With the exception of the Joseph Ribkoff pop-up, there will be a designer present at each of the upcoming pop-up shops.

Visit the store to check out pop-up shops by brands and designers like Namesake on October 13, Christopher Bates and Iris Setlakwe on October 27, Triarchy on November 2 and 3, Joseph Ribkoff on November 9 and Adesso from November 15 to December 1 (Adesso’s creative director will be at the pop-up on November 16).