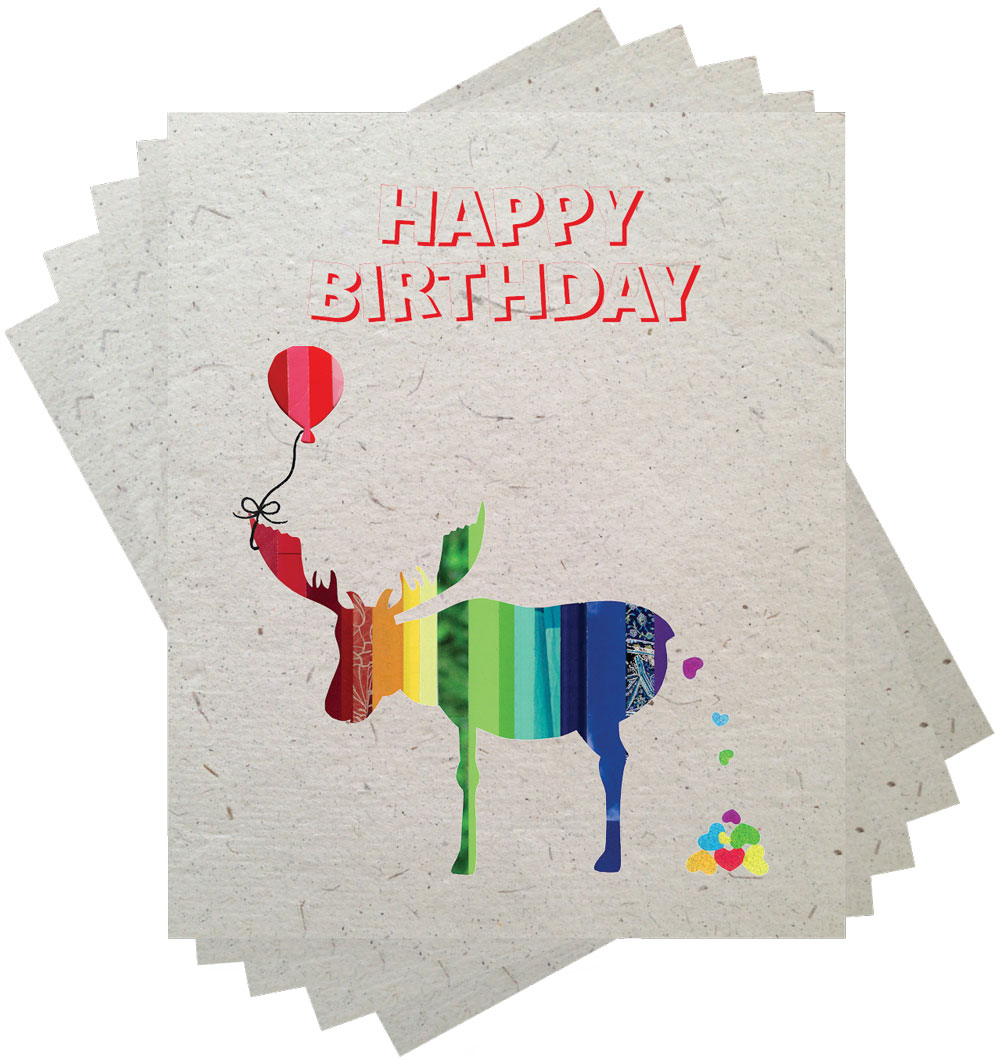 “I was looking for funny art for my bathroom. That’s really where it started,” Moffatt says. “I was looking for something funny and couldn’t find anything that worked, so I thought about making a pooping unicorn, since that’s kind of a popular thing.”

Moffatt’s quirky creation, made from recycled materials, caught the eye of several friends, who asked for their own. She continued making pieces with bears, owls and other rainbow-coloured, heart-pooping fauna in her spare time. When the economic downturn put Moffat, a mechanical engineer, out of a job, it occurred to her that she might be able to turn her art into a business.

In April of last year, Moffatt met celebrity entrepreneur W. Brett Wilson as part of a pitching event put on by Uber. While Wilson didn’t invest, per se, he bought $5,000 worth of product, providing both some funding as well as motivation for Moffat to get serious. “While talking to Brett, I mentioned I was going to do a Kickstarter,” she says. “I thought, now that I’ve told somebody, especially someone like Brett, I’d better do the Kickstarter.”

Moffatt continues to donate a percentage of her proceeds to CAWST. “I knew I wanted to use my artwork to be a ‘voice for sanitation’,” she says. “When I found [CAWST] I realized they’re exactly the kind of charity I had in mind.”

Asked about having her name inextricably tied to poop for the foreseeable future, Moffatt is good-natured. “I’m fine if I’m known as the crazy poop lady, I appreciate that,” she says. “It’s not something that people want to sit around and talk about; I want to be able to change that. Really, poop is the key to our health. I think it’s important to talk about it.”