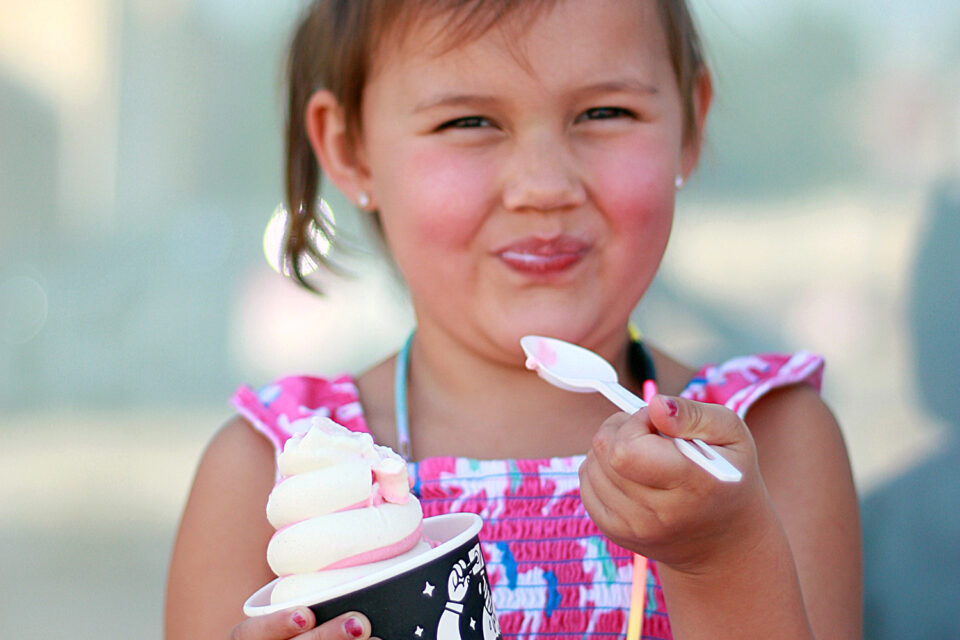 Maybe you’ve spent the morning at the Calgary Zoo, at Telus Spark or enjoying a summertime stroll along the Bow River. Since you’re already in Bridgeland, why not spend the afternoon touring the neighbourhood and its many great local businesses? And since the summer heat is here, sampling some tasty frozen treats should be an essential part of your visit to Bridgeland.

Consider this walking tour a tasty way to cool down while also soaking up the neighbourhood’s history and community.

First Up: Made By Marcus 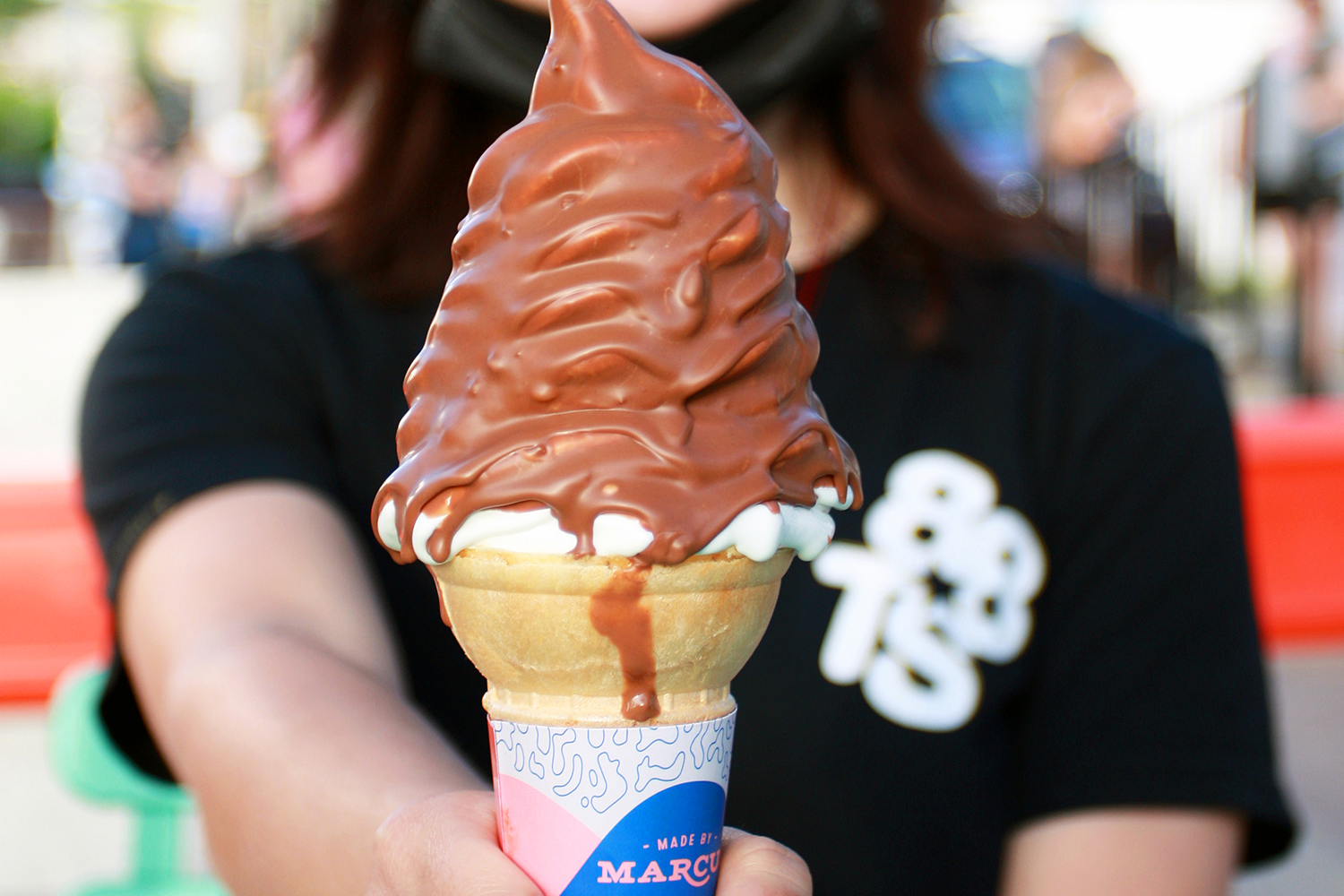 The Business Backstory: For Marcus Purtzki, owner of Made By Marcus, it all began with macarons. Because these delicate desserts require an incredible amount of egg whites, Purtzki had the idea to turn the leftover yolks into ice cream. It was a hit — Made By Marcus’ Bridgeland location is its fourth storefront.

For the Love of Bridgeland:Yousef Traya, Bridgeland Market’s owner, had always talked about Purtzki taking over the Traya family space across the street. Steeped in Calgary ice cream history, what is now Made By Marcus was originally an ice cream shop called The Milky Way, owned and operated by Nawaf Traya, Yousef’s father.

Try This: According to staff, the shop’s malted milkshakes are the “unsung heroes” on the menu. 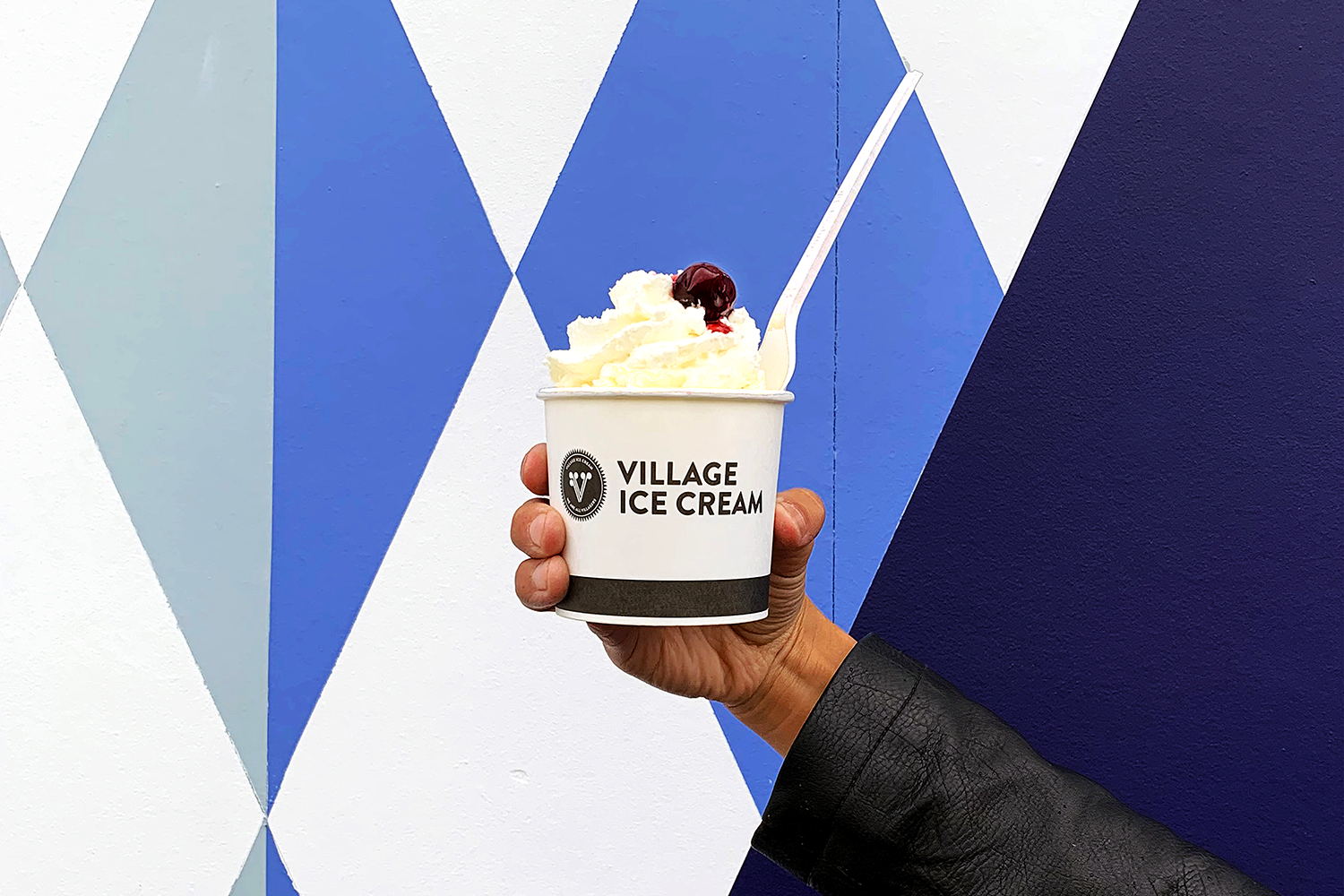 The Business Backstory: After cutting his motorcycle trip around South America short, Billy Friley found himself on his Grandma Gladys’s porch with a pint of huckleberry ice cream in hand. That ice cream was so good that it inspired Friley to set up his own ice cream shop. In 2012, Village Ice Cream opened its first location; the Bridgeland storefront is its fourth.

For the Love of Bridgeland: A Bridgeland location just made sense for this popular ice creamery. “We chose Bridgeland as it is one of Calgary’s most energetic and trendy neighbourhoods,” says Molly Li, Village’s marketing manager.

Try This: This July, Village is launching a fan-favourite flavour: salty malty pretzel. 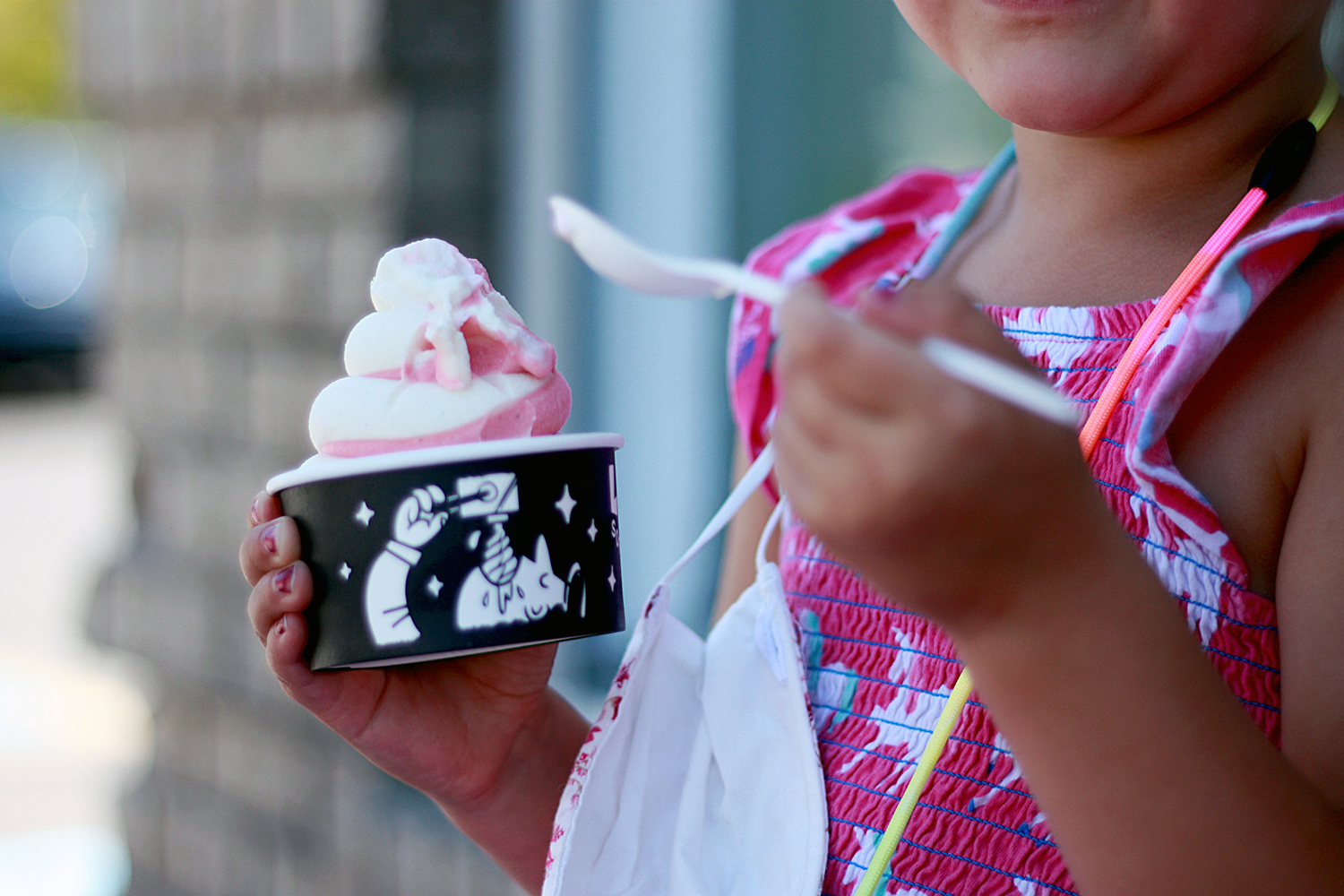 The Business Backstory: You can’t talk about Bridgeland without talking about Lukes Drug Mart. Jim Lukes, the original owner, first established the pharmacy in 1951 — and Calgary’s oldest independent pharmacy is still a family business. Jim’s son, Bob Lukes ran it between 1985 and 2013, and now Bob’s son, Gareth Lukes, owns and operates the pharmacy.

For the Love of Bridgeland: Seventy years later and the original Lukes Drug Mart is still thriving out of its original location! A second location is now in Killarney.

Try This: Back in the 1950s, Lukes Drug Mart had a soda fountain, and today, are making their own soft serve ice cream. The flavours rotate, but have included everything from coconut lime, strawberry rhubarb, and blueberries and cream. 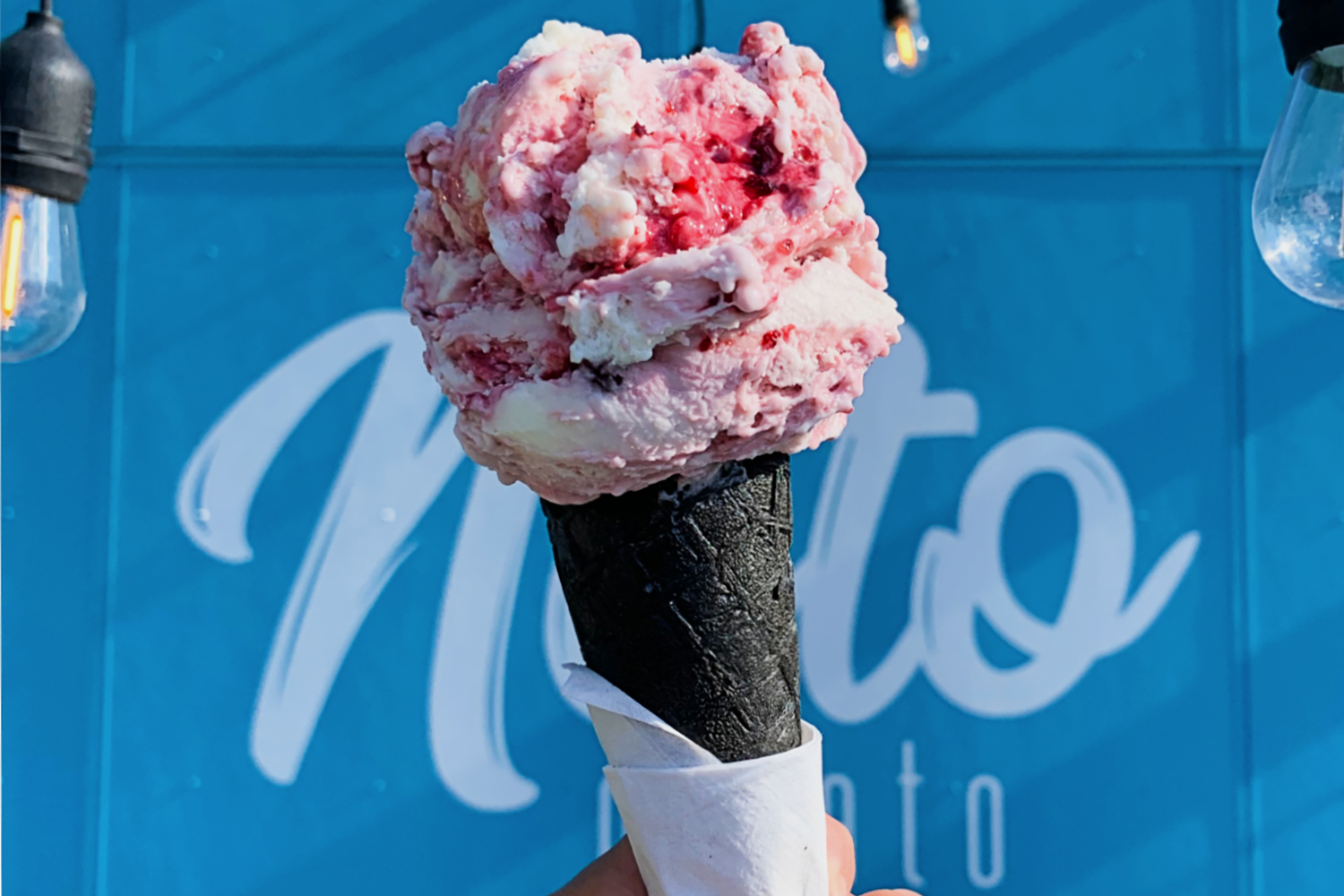 The Business Backstory: Some of the most well-known families in Calgary’s Italian food scene are behind Noto Gelato. Co-founder Domenic Tudda is the owner of the popular pizzeria Pulcinella. The other co-founder, Stefanna Spoletini, is Tudda’s niece and daughter of one of the original co-founders of Spolumbo’s. In fact, the Tudda and Spoletini families are behind some of Calgary’s most-loved Italian restaurants including Villa Firenze, Mercato and Stromboli Inn.

For the Love of Bridgeland: Opening a shop in Bridgeland meant honouring the co-founders’ family roots. “Bridgeland has a strong European immigration history that both sides of my family were part of — that is what initially drew us to the location,” says Spoletini.

Try This: At any one time, Noto Gelato is scooping up to 15 different flavours, and the crowd favourite is Nutella.

Bridgeland is not just about the frozen treats — it has it all. With a variety of great local businesses, fantastic restaurants, beautiful parks and the gorgeous Bow River, there’s always an adventure #InBridgeland. For the latest and greatest, be sure to follow @InBridgeland on Instagram and Twitter.