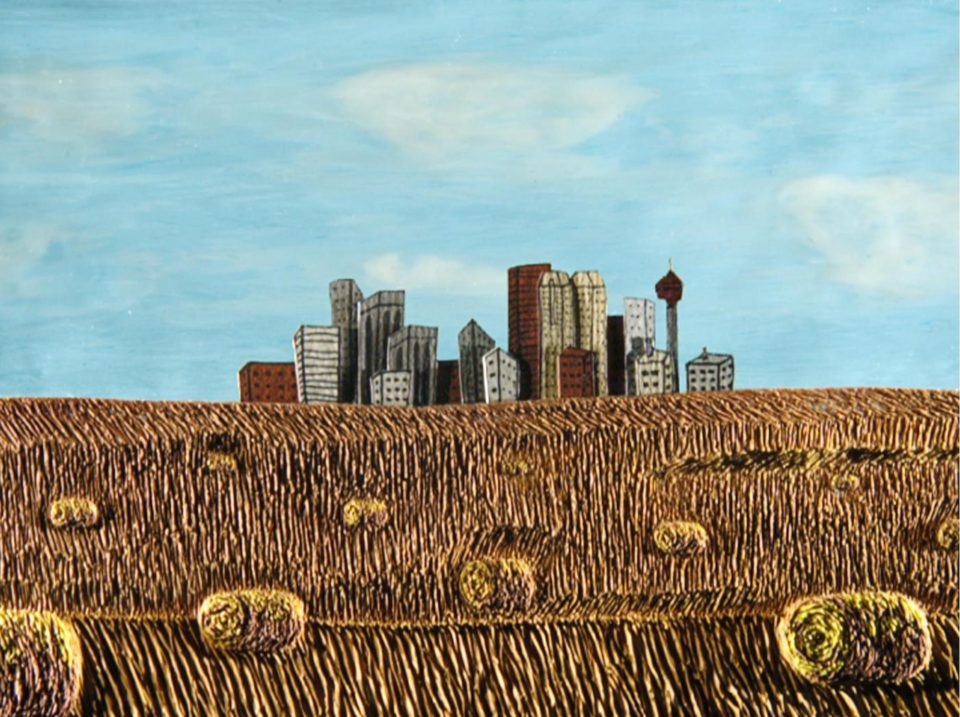 A still from animated short A Prairie Story courtesy of National Film Board.

Step aside, streaming multinationals: Canada’s National Film Board (NFB) is here to keep you entertained and fill you with patriotic pride at the same time. Its streaming archive includes more than 4,000 Canadian titles you can watch for free right now. We’re focusing, as always, on some exciting ones with a connection to Calgary. Whether made by Calgarians or filmed in and around the city, each of these films reminds us what we love about living here.

Released just seven years after the NFB was founded, this mini-doc highlighting cowboys and rodeo events at the Calgary Stampede during the 1940s is one of a few Stampede-related films on this list. This one gets a special bonus for a score featuring the yodel-ish stylings of Cammie Howard & the Western Five from CBC’s near-forgotten The Western Five.

The NFB’s first major hit, Royal Journey, follows Princess Elizabeth and the Duke of Edinburgh (today Queen Elizabeth II and Prince Philip, respectively) on a coast-to-coast trek through Canada in 1951. Their reception in Calgary begins at around the 24-minute mark. There’s a considerable amount of interesting trivia about this one over on the the NFB’s blog.

This black-and-white entry from Claude Fournier shows a slicker side to Stampede than the one chronicled by Bronco Busters. It opens with a glorious parade of cow-folk through the city’s streets where you can see Central United Church and the St. Regis Hotel. There are also glamorous shots of Roy Rogers’ tarmac greeting, vintage convertibles cruising the streets and, of course,  some great rodeo-action shots in the third act.

This is the fourth and final film on this list to feature the Calgary Stampede. Focusing on the sport of chuckwagon racing captured through a mix of aerial, POV and ringside footage, the film is ahead of its time in the way it captures adrenaline-pumping action.

This percussive animated short tells a (very) abridged history of Calgary’s land development history. While intended as a critique of the “spread of suburbia and exurbia,” it’s a fun watch regardless of your feelings on urban sprawl.

This feature-length doc follows Karsten Heuer, Leanne Allison, their dog and two-year-old son as they retrace Farley Mowat’s literary footsteps. They set out by canoe from Calgary and head east, eventually clocking 5,000 kilometres by the time they reach Mowat’s old summer home in Nova Scotia. This one may result in a little outdoor-envy but the gorgeously shot journey is worth every twinge.

The short by Calgarian Kiarra Albina uses hand-drawn animation, folk art and stereoscopic drawings to chronicle a young woman’s struggle to make pierogis. Just when her frustration peaks, the spirit of her grandmother appears to help her complete the task. It’s short, sweet and relatable to anyone sick of their kitchen.

Calgary-born Rae Spoon is the subject of this feature-length musical doc that was selected for the 2014 Sundance Film Festival. It’s one of our favourites from the NFB archive thanks to Spoon’s sweet-sad tunes and the way director Chelsea McMullan captures the prairies in a way that’ll make you feel like you’re seeing them for the first time.

This powerful doc follows several government-assisted refugee families as they arrive at Calgary International Airport and take early resettlement steps through the Margaret Chisholm Resettlement Centre. Capturing both the hope and anxiety of their first 19 days in Calgary, the film brings the human faces of the global migration crisis to the fore.

Tasha Hubbard, the filmmaker behind CIFF 2019 Special Jury Prize for Social Justice award-winner nîpawistamâsowin: We Will Stand Up, directed this feature-length doc about Indigenous siblings meeting for the first time after being stolen from home during the Sixties Scoop. The four meet at Calgary International Airport before heading to Banff to put together their shared history.

Much like Snakes on a Plane, this movie’s title is its own plot summary. Tegan & Sara, the superstar pop duo born and raised in Calgary, gets the ultimate fan treatment in this gleeful animated short. Featuring plenty of songs by the pair, it traces their upbringing in the city, career successes and how they give back to marginalized communities.