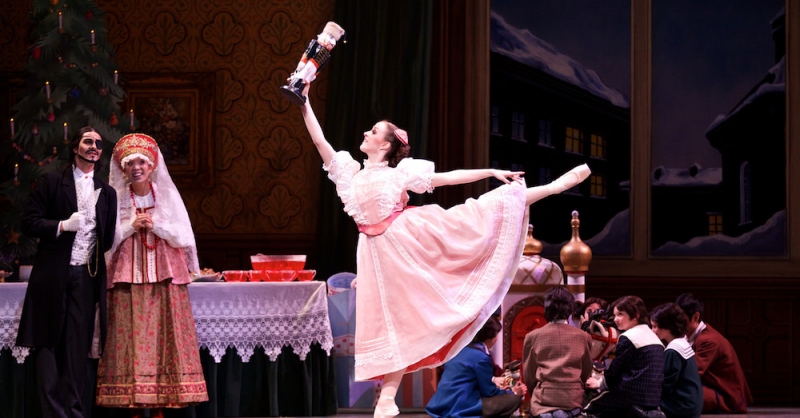 In November and December, Calgary’s arts scene is full of heartwarming Christmas stories, soaring holiday music and wintery settings. Here are 10 theatre, music and dance productions that will get you in the holiday spirit this year.

The Lion, the Witch and the Wardrobe

Escape to Narnia’s winter wonderland for a few hours with Alberta Theatre Projects’ holiday production of The Lion, the Witch and the Wardrobe. Based on the famous story by C.S. Lewis, this family-friendly show brings some of literature’s favourite siblings to life (Peter, Susan, Edmund and Lucy), as well as favourites like Mr. Tumnus as they try to defeat the White Witch.

This year, Lunchbox Theatre is staging Neil Fleming’s play Last Christmas as its annual holiday production. The comedy follows a family navigating their first Christmas together after losing a family member. Catch a performance during your lunch break (at noon) from Monday to Saturday, or a 6 p.m. evening performance on Thursdays and Fridays.

Sounds of the Season with the Calgary Philharmonic Orchestra

The Calgary Philharmonic Orchestra is spreading holiday cheer in the weeks leading up to Christmas. To hear some of your favourite holiday songs, catch one of CPO’s Sounds of the Season community shows at Shane Homes YMCA on November 27, Brookfield YMCA on November 28, Magnolia Banquet Hall on December 3 and Grace Presbyterian Church on December 18 and 19. Other holiday-time performances by the CPO include Holiday Pops with Rune + Jens and Paul Brandt’s Country Christmas.

Attending a production of A Christmas Carol might just be one of the biggest holiday traditions around. This year, Theatre Calgary will once again stage the classic Christmas story in the Arts Commons’ Max Bell Theatre. For those who aren’t familiar with the tale by Charles Dickens, the story focuses on a grumpy old man named Ebenezer Scrooge who is visited by the ghosts of Christmas past, present and yet to come on Christmas Eve. Check it out if only to see local actor Stephen Hair’s take on the role of Ebenezer Scrooge, which he’s been playing for 26 years.

Naughty… But Nice: Six in the City!

Looking for a holiday show that’s geared towards adults? The holiday musical Naughty… But Nice: Six in the City! may be just the thing for you. The self-proclaimed “sweet but risqué holiday celebration” returns for a series of performances that promise to be cheeky, fun and anything but boring. While you can catch performances throughout the week, you may want to go on a Tuesday when tickets are pay-what-you-can.

Christmas at the Opera

Join the Calgary Opera for one of its five holiday performances in December. The show, which runs for an hour and a half, will feature a performance of composer Gian Carlo Menotti’s one-act opera Amahl & the Night Visitors, as well as some seasonal songs. Amahl & the Night Visitors follows the story of a boy named Amahl and his mother who provide shelter to three kings traveling to meet baby Jesus.

This is one holiday production where you can not only get away with wearing your favourite Christmas sweater, but are actually encouraged to wear one. Don’t miss the chance to hear Cowtown Opera’s company of opera singers take on some holiday songs.

Back for its 11th year, Alberta Ballet’s The Nutcracker is another holiday classic, telling the story of a young girl named Clara whose wooden nutcracker magically comes to life on Christmas Eve. Watch as 120+ cast members perform choreography by Alberta Ballet’s Edmund Stripe and take in the ballet’s classic score by Russian composer Pyotr Ilyich Tchaikovsky.

Sounds of the Season

During Sounds of the Season, MRU Conservatory ensembles come together for a night of holiday and classical music. You can expect to hear the Calgary Youth Orchestra and three Mount Royal choirs (Kantorei, Artio and Zhi-Yin), as well as the Heebee-jeebees, a local a cappella group. The show runs at 7:30 p.m.

Frank Sinatra and Christmas tunes might just be the perfect musical combination. You can hear both at the Calgary Jazz Orchestra’s Perfectly Frank Christmas performance this year, which will run at 3 p.m. and 7 p.m. just a few days before Christmas.