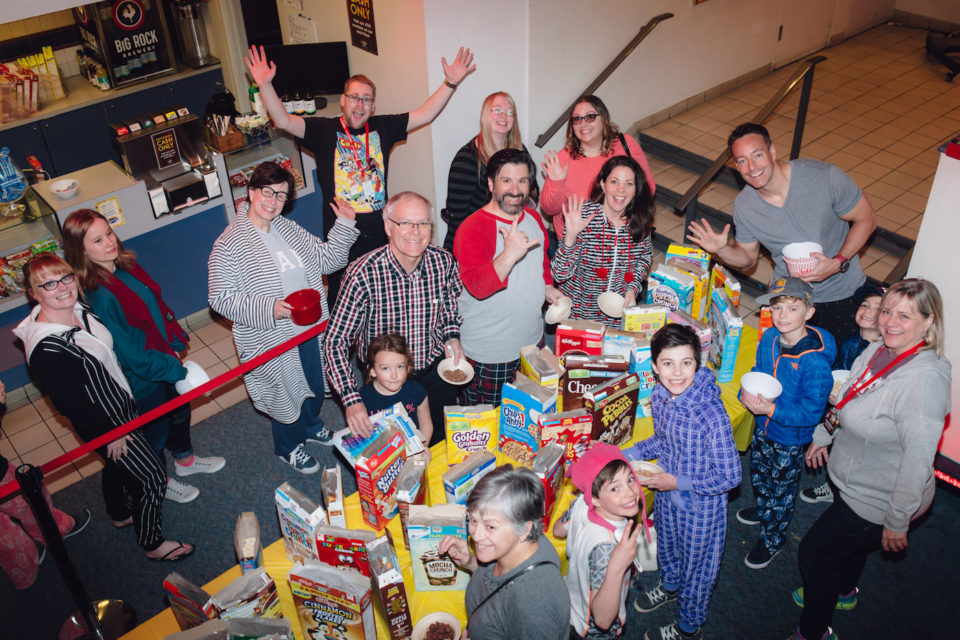 Brennan Tilley buys more cereal in a year than most of us do in a life-time. That’s because he’s in charge of procuring the more than 200 boxes of cereal for the Calgary Underground Film Festival’s annual retro Saturday morning cartoons and all-you-can-eat cereal party. The event isn’t unique to CUFF — the concept belongs to Kier-La Janisse who curates the touring show — but CUFF’s commitment to sheer sugary cereral variety makes it a leader in the field.

“A lot of places that do this have cereal bars with Froot Loops, Frosted Flakes, Lucky Charms and your standards, the big childhood favourites,” Tilley says. CUFF, on the other hand, offered up 91 varieties at its 2018 event.

Tilley and his helpers purchase cereal during numerous runs to the United States (and sometimes from places as far away as Mexico, China and the UK) leading up to the festival. It’s an activity that’s not without its awkward moments. “They definitely give you weird looks. It’s hard to buy $200 to $300 of cereal in one transaction without explaining yourself. I sometimes explain it too briefly and get even stranger looks. It’s weird enough to buy that much cereal by yourself, and when you say you purchased that much to give it away to children you definitely, definitely have to expand on that.”