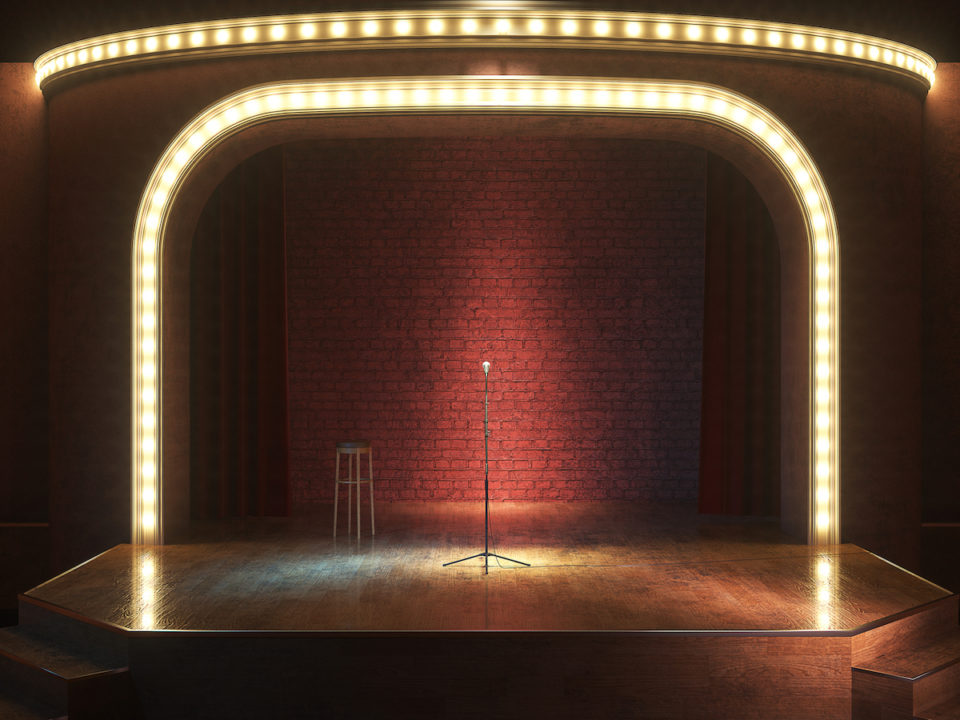 When it comes to trauma, laughter might be only the second best medicine. That’s why a group of comedians (and one musician) are getting together on December 12 to raise funds for the Breaking Free Foundation (BFF), a charity making therapy more accessible to survivors of trauma.

Producer Kelela Doerksen was inspired to organize the event after utilizing BFF’s services to treat her Complex Post-Traumatic Stress Disorder, or C-PTSD. She says that the organization’s meet ups for trauma survivors, and that this is her way of giving back.

“People who have experienced trauma can go and just sit in a room. And if you want to talk about any of your stuff, you can. If you want to just sit there and listen, you can. It sounds really simple, but just what they’re doing, bringing people with PTSD together and finding enough people to sit in the room who just understand trauma, is wildly important for us,” she says.

Doerksen hosts a YouTube channel where she talks about C-PTSD and spends a lot time in the local stand-up scene. She realized if it was something that brought her joy, she could spread that joy to others and raise a couple bucks in the process.

“[Laughter] releases endorphins and all that good stuff in your body. And when you’ve been through trauma it can sometimes be really hard to find a reason to smile. So I think comedy is just a blessing to anybody who’s going through something difficult because you can make jokes out of your trauma, which I do a lot in and a bunch of my comic friends do that a lot. And finding something relatable that you can laugh at is always helpful,” she says.

It’s been widely reported that major comedians like Jerry Seinfeld and Chris Rock refuse to play colleges anymore, citing that the current generation is too easily offended. Doerksen says you don’t need to be gross to get a gutbuster. “I personally enjoy some offensive comedy because I don’t think it’s true that millennials have no sense of humor. I just think that there’s a way to do it,” she says.

Given that this fundraiser is meant to do good for people who have suffered trauma, Doeksen and co-producer Karlee McTavish chose this roster based on wanting to go for a specific kind of laugh.

“Everybody in the lineup kind of has a specific brand of comedy that I love; you can make jokes without it being at somebody else’s expense. If a joke is at somebody else’s expense, it’s never hurtful. And the subject matter of these particular comics’ sets won’t — hopefully — be triggering for anybody in the audience who actually has PTSD,” she says.

The event will also include a raffle and a cash bar in support of BFF. Starting at 7 p.m., tickets for the show are $10 in advance or $15 at the door.