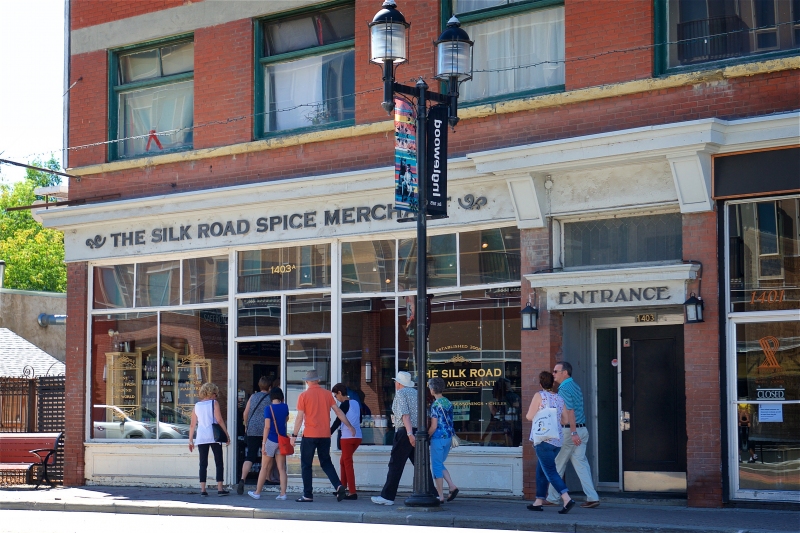 As an intrepid food writer, it’s safe to say that Karen Anderson is pretty familiar with Calgary’s local food scene. Anderson is the creator of Alberta Food Tours, a company which offers eating experiences in three cities – Calgary, Canmore and Edmonton. There are four different tours in Calgary, including Inglewood. Inglewood Edibles: Made by Mavericks takes groups through six different locations for an inside look at the history of the neighbourhood. “Inglewood was Calgary’s first neighbourhood. For people who come to Calgary, I feel it’s a must do thing if they want to learn some history of Calgary, but also if they’re foodies and they want to taste some of our best foods,” says Anderson.

Here are five things you should know about Inglewood Edibles: Made by Mavericks.

The tour is inspired by the spirit of Calgarians.

The title of the tour is inspired by Aritha van Herk’s Mavericks: An Incorrigible History of Alberta. Anderson feels that the word is the most apt descriptor of Calgarians – both past and present. “We think [mavericks are] bold and persistent. We want people to understand the personalities that drive this city,” says Anderson.

The second stop of the tour is at Rouge Restaurant, where Alberta Food Tours are the benefactors to two happy hives of bees. “Every summer we keep two beehives in the garden at Rouge and they use our beehives to mentor beekeepers. People get to tour the garden, and honey is one of Alberta’s signature foods,” says Anderson.

Rouge Restaurant is a part of Calgary’s history.

Inglewood Edibles tells participants about the history of the area and its integral role in shaping the city that Calgary is today. The next time you’re eating at Rouge, it might be fun to contemplate if you’re sitting in the same spot where history was made. “The house was owned by Alfred Ernest Cross, who was one of the ‘Big Four’ who settled Calgary, along with Patrick Burns, A.J. McLean and George Lane. We talk about A.E. Cross and his history, how he was a foodie, and how he owned A7 Ranch. Then [he] hurt his back and had to become a brewmaster. He started Alberta’s first brewery in Inglewood,” says Anderson.

The last stop is for an exclusive cocktail at The Nash.

The last stop of the tour includes an exclusive cocktail that encompasses the spirit of the founders of this food heaven – the mavericks of Inglewood. “The Nash created a cocktail that is exclusively for our tour. No one else will ever get it. It’s called The Maverick. We have a special toast that we’ve developed to really incite people to want to carry this spirit forward in their lives,” says Anderson.

Inglewood Edibles: Made by Mavericks runs from Tuesday to Friday at 11 a.m. For more information, please visit calgaryfoodtours.com.