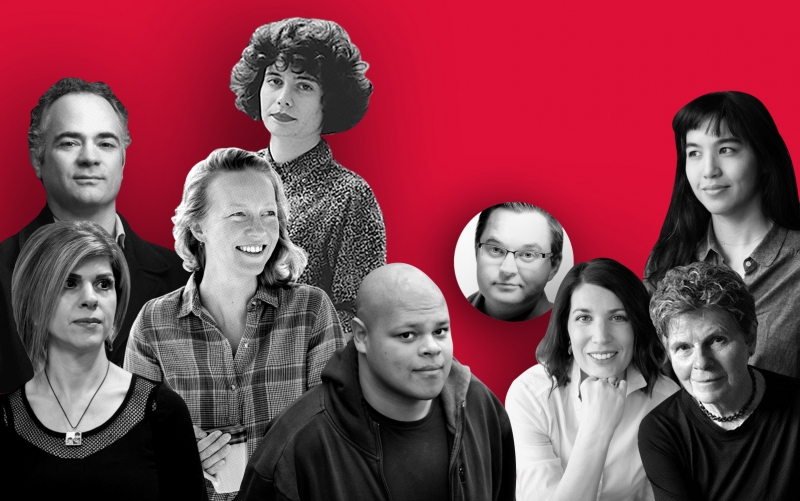 Sane Takes on an Insane World is Wordfest’s latest offering. The festival features four non-fiction authors, a poetry cabaret, a collaboration with Alberta Theatre Projects, and the latest Tzavta Dinner Salon. This is the organization’s first year creating a festival centred largely around the world of non-fiction. The initiative is part of Wordfest CEO Shelley Youngblut’s goal to bring Wordfest programming to Calgary throughout the year.

What unites the four non-fiction writers to the central theme of the festival is what Youngblut refers to as “hard hope.”

“Each of these authors offers both a very well researched, well thought through analysis of the current situation, but they also offer what I would call hard hope,” says Youngblut. “I think that this [idea of] let’s all come together and feel good, that’s important, but I think that hard hope requires action.”

Kate Harris is one of the authors invited to offer her “sane take” at the festival. On April 16, she will speak about Lands of Lost Borders: Out of Bounds on the Silk Road. Harris’ book is about her journey cycling with her friend, Mel Yule, across the Silk Road. “Kate is an exceptional human, a Rhodes Scholar, who wanted to go to Mars, who wound up at Oxford, who then went on to MIT, but who also biked the Silk Road,” says Youngblut. “And who lives off the grid in a 200-square foot cabin on the Yukon border. I don’t know if you can find anybody who’s that interesting and inspirational.”

Here are five things you should know about Kate Harris and her journey along the Silk Road.

Harris travelled 14,000 kilometres over the course of two trips along the Silk Road.

Harris took two cycling trips along the Silk Road. The first trip she cycled a portion of it, and the second time, she cycled… well, significantly more, for a total of 14,0000 between the two. “4,000 kilometers by bike on the first Silk Road trip, roughly 10,000 on the second trip, so 14,000 total on two wheels (plus a few thousand more by train and plane where we couldn’t bike for various reasons, such as across the Caspian Sea),” says Harris.

Harris carried between 60 to 90 pounds on her bike during her journey.

The amount of weight on Harris’ bike during the journey had a rather historical bent to it. “Four panniers on each bike with a total load of about 60 to 90 pounds, depending on how much food and water we needed to carry on any given stretch. In short, we were roughly as burdened as camels in Silk Road caravans of yore,” says Harris.

Harris’ three essentials for her time on the Silk Road include memories of home, a way to record new memories, and, of course, books. “[My three essentials were] Moleskine notebooks, photos of our homes and families to share with the families we met along the way, and a Kindle loaded with a library rivaling that of Alexandria,” says Harris.

Harris’ favourite part of her journey was when she became familiar with the night sky of Uzbekistan.

In Uzbekistan, Harris had to ride by night because of the weather conditions. It became her favourite part of her Silk Road travels. “It was too hot and windy in the desert to bike by day, so we took to riding after dusk and before dawn, making out the road by the light of the moon. In this way Mel and I came to know that country more by its constellations than any terrestrial landmarks,” says Harris.

Harris’ “sane take” involves the whole of the world.

Readers may feel the urge to throw their belongings onto the back of bicycle after reading about Harris’ journey. The author relays what “sane take” she hopes readers will take away from her book. “Spending a year getting to know this planet on the back of a bike is one of the sanest things you can do with your life (even if you do it vicariously, by reading a book about it). By the end of our trip I was so in love with this crazy world, and so heartbroken by it, that I never wanted to leave it – which, as someone who once aspired to emigrate to Mars, is saying a lot. I hope my readers will feel the same sense of loyalty to this planet, the same sense of connectedness to it.”

Wordfest’s Sane Takes on an Insane World runs from April 16 to 23. Kate Harris presents on April 16 at 7 p.m. at Memorial Park Library. For more information, visit wordfest.com and eventbrite.ca.