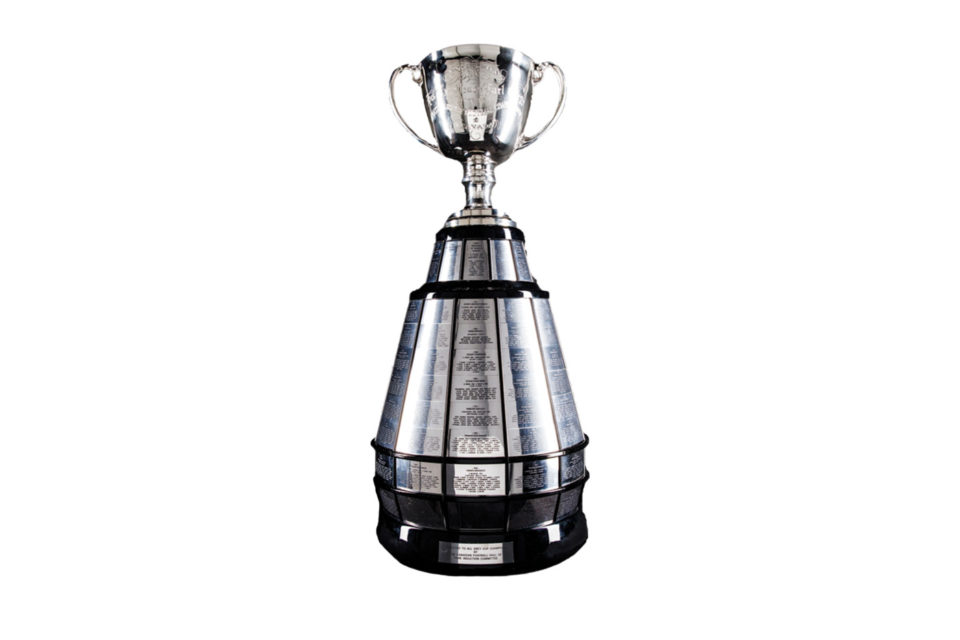 From horses in hotels to a trophy being held for ransom, the Grey Cup has a storied history unlike any other prize in professional sports. With this year’s Canadian Football League (CFL) finals taking place in Calgary on Nov. 24, we dug a bit deeper into the numbers that tell the story of the Grey Cup, from past seasons to this year’s 107th match-up.

Grey Cups won by the Calgary Stampeders since the team’s inception in 1945.

Grey Cups won by the Toronto Argonauts, more than any other team in the league.

Grey Cup won by an American team. The Baltimore Stallions took home the cup in 1995 during the CFL’s short-lived expansion into the United States.

the reported cost of the Grey Cup when it was first donated by former Governor General Earl Grey in 1909.

the first year Calgary Stampeders fans (allegedly) rode a horse into the lobby of a hotel on Grey Cup weekend. While confirmation of the first ride in Toronto’s Royal York Hotel is disputed, a horse has been ridden by a Stamps representative into a hotel lobby in the host city most years since.

incidents in the Grey Cup’s history have damaged the trophy enough to require repairs. Mishaps include an Edmonton Eskimos player sitting on the trophy in 1987 and offensive lineman Blake Dermott reportedly headbutting it in 1993.

bases have been under the actual trophy cup, with the original base made of wood. The latest replacement, which will allow for more name plaques on the trophy, debuts this year.

the temperature in degrees Celsius (with wind chill) at halftime during the coldest Grey Cup on record, the 1991 Grey Cup in Winnipeg.

times Shania Twain has performed during the coveted halftime slot, making her the only solo artist to perform the halftime show more than once. (Randy Bachman has also made two appearances, though not with the same act.)

A Look at the New Nightrise Experience at the Banff Gondola