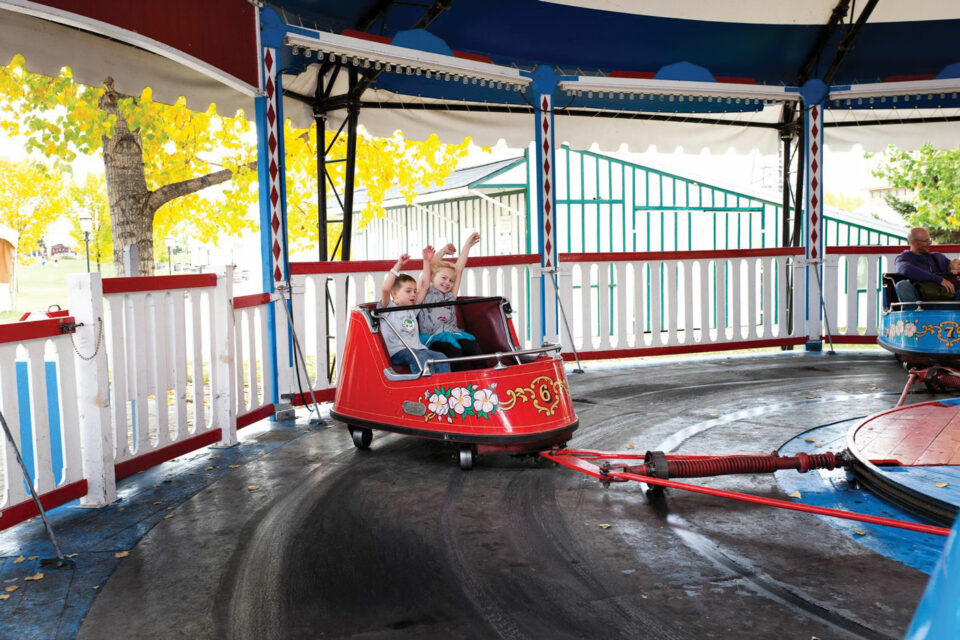 Before bumper cars, spinning strawberries or the Tilt-A-Whirl, there was the Whip. Consisting of bucket-shaped cars flinging around an oval platform in a signature “whipping” motion, the Whip paved the way for countless carnival rides. That history has been preserved through the still-operational Whip at Heritage Park, which turns 100 this year.

For the past 14 years of the Whip’s life, the park’s mechanical maintenance supervisor Howie Smith, has helped keep the ride alive and whipping.

“It’s always rewarding when you get these rides going,” Smith says. “Seeing the kids smile away, and screeching and hollering — it’s pretty cool.”