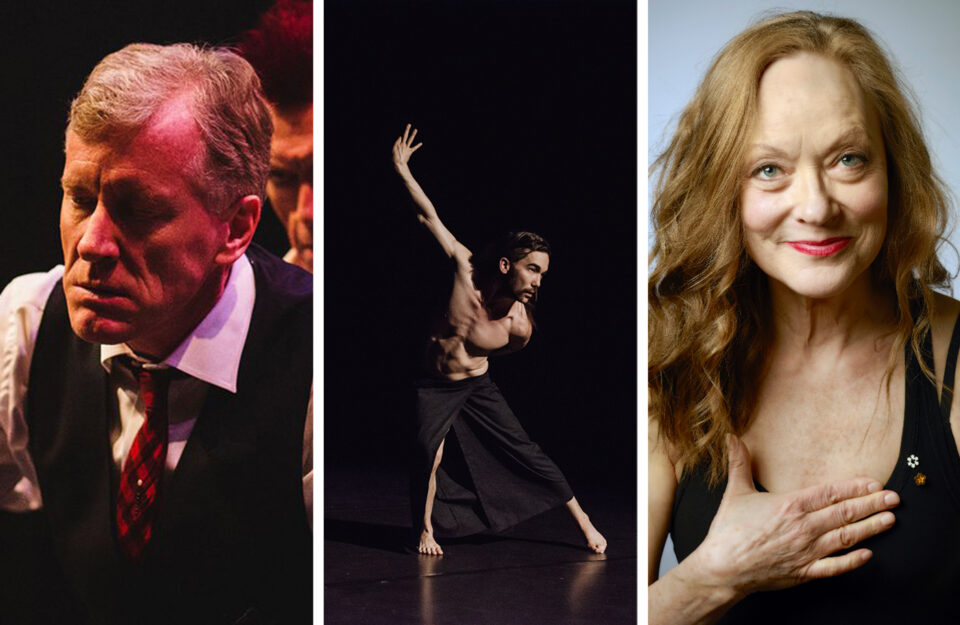 A few of the artists participating in High Performance Rodeo's "35 For 35 - Who Are You Now?" From L-R: Andy Curtis, photograph courtesy of HPR; Kunji Ikeda, photograph by Tim Nguyen; Denise Clarke, photograph by Trudie Lee.

Each year, High Performance Rodeo (HPR) offers an unforgettable experience as both local and international artists perform and showcase their work in theatre, dance, music and film productions over the course of three weeks in Calgary. This January marks HPR’s 35th anniversary, and while the celebration won’t look quite the same due to the COVID-19 pandemic, you can still expect the international arts festival to deliver.

This year, HPR is going virtual with an online celebration called “35 For 35 – Who Are You Now?” The online festival features 35 artists addressing “Who are you now?” over 35 days.

“We’re all trying to answer that question right now, across all walks of life, and it’s not always an easy question to answer,” says Oliver Armstrong, a producer at One Yellow Rabbit, the local theatre company that produces HPR.

Despite restrictions preventing the traditional three weeks of live performances, the HPR team was able to push forward by taking a different approach to still engage its audience in an exciting new way.

“Michael Green, when he founded [HPR] 35 years ago, said that the Rodeo will always remain a fiercely independent voice of individualism,” says Armstrong. This year’s celebration takes after than mandate, Armstrong explains, by allowing the artists to speak in their own voice while still being able to share with an audience.

Each day from January 11 to February 14 , a new artist will be revealed on HPR’s Instagram and Facebook accounts with a 45 to 120 second video showcasing new and original work that answers, “Who are you now?” While the videos and artists’ names are kept secret until the day of release, Armstrong says they feature a range of dance, poetry, music, comedy and more.

Denise Clarke, one of the 35 participating artists and an associate artist with One Yellow Rabbit, says she spent six hours one day to create her project. “I was looking for the right tone of fun and light and not feeling as though it was taking itself too seriously,” Clarke says.

For performance artist Kunji Ikeda, another one of the participating 35 artists, his preparation came about differently. “I prepared by welcoming the idea of being seen in places and ways that normally would be quite private,” Ikeda says. As different as an online festival is for the audience, so has it been for the artists themselves. But for Ikeda, challenging himself in that way was all part of the experience. “It’s an opportunity to redefine who we are in a private space and how much sharing and communing with our community means to us.”

Maintaining that connection and support for the artists was one of the festival’s goals, and the chance to help keep artists working and put money back into their projects is a point of pride for HPR. “The goal of keeping artists working was certainly at the forefront of our minds,” Armstrong says. “We’re privileged to be able to put artists to work.”

Check out the latest “35 For 35 – Who Are You Now?” video daily on HPRodeo’s Facebook and Instagram accounts from January 11 to February 14, 2021. If you miss any, visit hprodeo.ca to re-watch the videos.