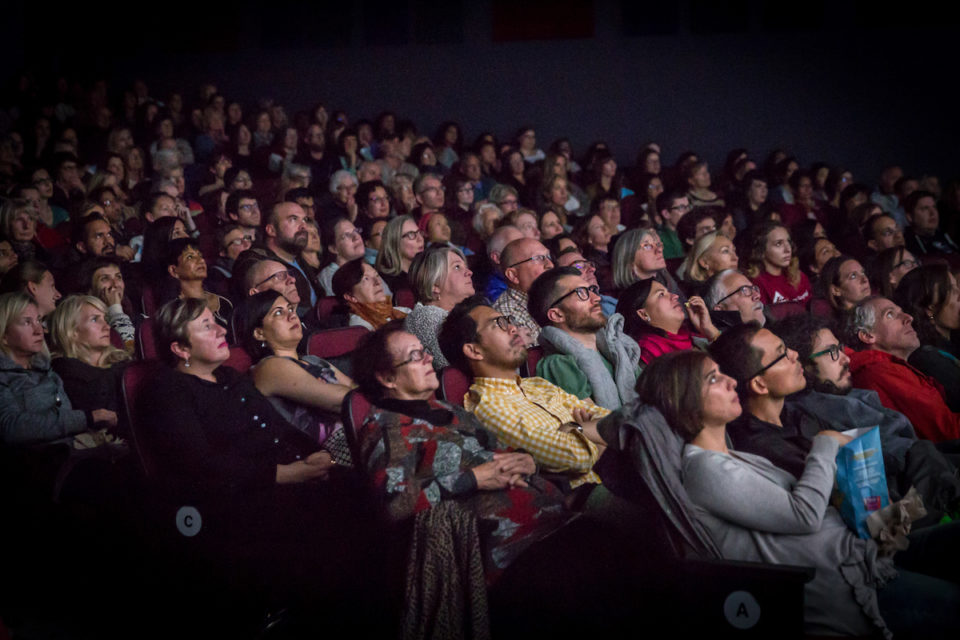 An entranced audience soaks up the screen at Calgary Film 2017. Photograph Supplied by Calgary Film.

The Calgary International Film Festival (CIFF) hosts its 20th festival this year from September 18 to 29. Over the course of 12 days, the annual festival puts a spotlight on movies from around the world while also offering a platform for Canadian and Alberta cinema to shine. Attendees can see films from just about every genre as they run between the Globe Cinema, Cineplex Eau Claire and the festival’s other venues. If you haven’t checked out this local institution yet — or just need some info on how to dig deeper — read on to find out everything you need to know to attend CIFF like a pro.

With nearly 200 short and feature-length films from around the world showing at CIFF, it may seem daunting to find the films that fit your fancy. There are a few key ways to make things easier:

Ranked in order of convenience and efficiency, these are your options for making purchases of passes and tickets: online, at the festival box office, at venue box offices and by phone. Make sure to check the various hours for in-person and phone sales to avoid wasting time.

So you waited to get tickets to see a headliner and now there are none left. Don’t let it get you down, there are a few ways to get around this.

Films generally hit the festival circuit before being rated for commercial release. Indeed, film festivals in Alberta are exempt from having their offerings rated in advance. That means determining what’s appropriate for your group takes just a little extra research.