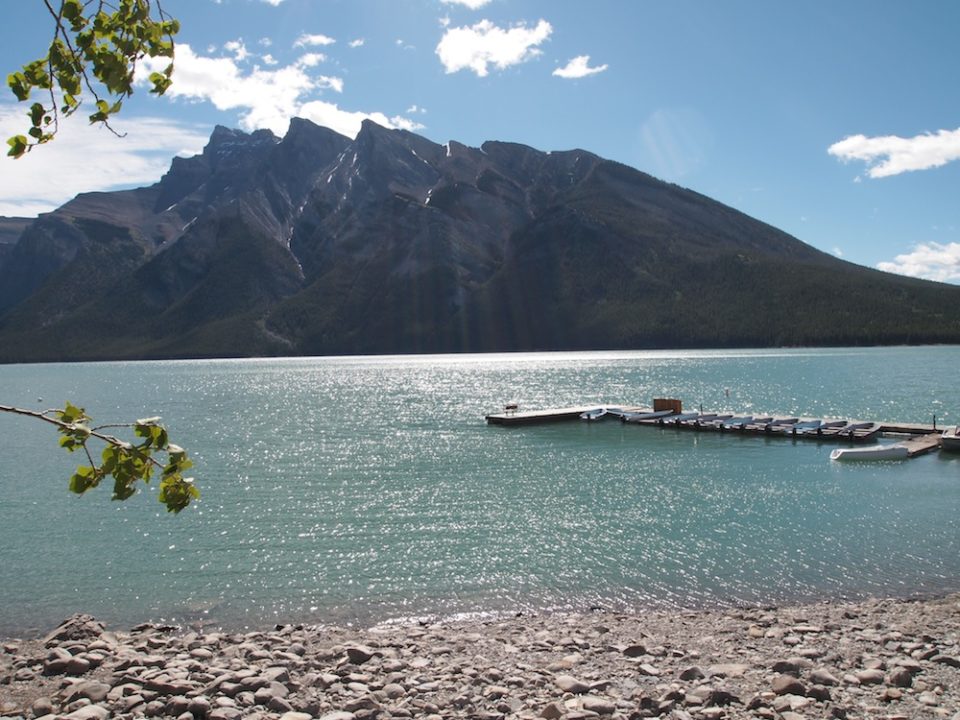 Anyone who has been to Banff during the summer’s high tourist season knows the woes of bumper-to-bumper traffic on Banff Avenue, the impossibility of finding parking on a sunny afternoon and the unsettling Sunday-evening congestion on the TransCanada as weekend visitors head back to the city en masse. With this year’s free park admission (a sesquicentennial-celebration thing), the traffic situation looks to be even crazier. Luckily, several new transit initiatives have launched to help manage and decrease the number of vehicles in the Park and the result is that it’s now super easy – and super cheap – to do Banff car-free. Whether you don’t have wheels, or you do and you choose to not be part of the problem, here’s what you need to know:

Getting to Banff (and back home again)

On-It is a new Calgary-to-Banff weekend bus service that can get you to Banff for the awesomely affordable price of $10 (and no, for that price it’s not a rickety school bus, it’s a nice coach-style bus with bathrooms). On-It was launched on June 17, 2017 and will run weekends and holiday Mondays through the summer. There are two Calgary-to-Banff routes: an express route leaving from Calgary Crowfoot C-Train Station and a milk route that starts at the Okotoks Recreation Centre with stops at Somerset-Bridlewood C-Train station, Crowfoot Station, Cochrane and Canmore.

Buses from Calgary leave at 10 scheduled times between 6:30 a.m. and 6:30 p.m. while buses coming back from Banff leave at 13 scheduled times between 9:26 a.m. and 10:45 p.m. Tickets are available three weeks in advance and while cash walk-ons are permitted, it’s highly recommended to buy your ticket online in advance at onitregionaltransit.ca to guarantee you have a spot on the bus (particularly coming back). Tickets can be downloaded to your smartphone or printed off and scanned on the bus (kids under five ride free). And yeah, it goes without saying that it’s nice to know you can enjoy that cold pint of craft beer on the patio (or sample the house gin at Park Distillery) without worrying about the drive ahead.

Getting out to Lake Minnewanka

Banff has always been a walkable town, however, getting out of town into the surrounding park was always a bit of a challenge – until this year. Both the Banff Roam regional public transit system and Parks Canada are doing free bus service throughout the summer out to Lake Minnewanka a popular attraction for its hiking trails and lake cruises (run by Brewster). Both the Roam (Route #6) and the Parks Canada shuttles depart from a central location in front of the Banff high school. Each run hourly, with Roam leaving on the hour and Parks Canada on the half-hour, so either way, there’s a free bus every 30 minutes. The route runs past a park-and-ride lot on the Minnewanka Loop as well as the Two Jack Lakeside campground, meaning campers can also use the free bus to get into Banff without having to worry about moving their RV off their site or finding parking in town.

Getting out to Lake Louise

One of the best things to happen to the Park this summer is a wealth of new and affordable ways for Banff visitors to get out and explore Lake Louise without a car. Parks Canada is offering a free hourly shuttle from the Banff Train Station to Samson Mall in the Village of Lake Louise. The shuttles will start from 7 a.m. in Banff with the last pickup from Samson Mall at 6 p.m. Parks Canada will also be running shuttles within Lake Louise to both the Upper Lake area and to Moraine Lake and will continue the shuttles throughout the fall to accommodate larch-season crowds.

Getting up to Norquay and out to Johnston Canyon

In addition to the public transit initiatives and complimentary Parks Canada shuttles, there are also several private companies operating shuttle services that make it easy to get around the Park. Norquay runs regular free shuttles from various sites in Banff for its via ferrata and summer-sightseeing attractions. There’s also HopOnBanff, a sightseeing bus that runs between Banff and Lake Louise with stops that include Johnston Canyon, the Lake Louise Gondola and Moraine Lake. HopOn requires a $50 day-pass (worth it just to bypass the hassle of parking at Johnston Canyon) and riders can “hop on and hop off” as they wish.