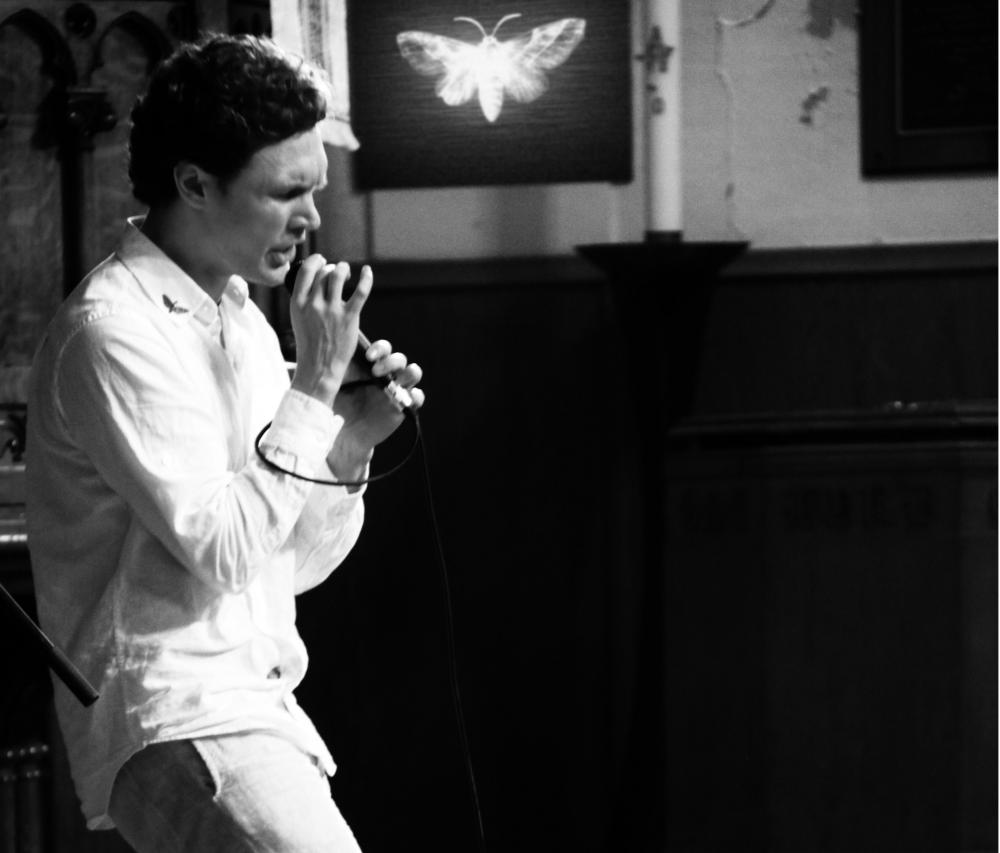 Three of Calgary’s most interesting and exciting musical acts will take the stage this Thursday night at Broken City.

Starting the night off will be intriguing electronic singer-songwriter Hello Moth, whose excellent album, Infinitely Repeated, was released midway through 2013.

Building a sonic palette with a range of synthesizers, low-fi keyboards, loops and organic sounds, Hello Moth creates melodic, hook-laden songs with sharp-edged and honest lyrics. The icing on the cake is his alt-pop-friendly voice; sometimes keening, sometimes growling, it’s occasionally reminiscent of Gotye at his most expressive and musically adventurous.

“I started making this music during a very dark time in my life, dark to the point of being disorienting,” says the artist, who prefers to keep his birth name under wraps.

“Whenever I was able to think of something and say ‘this is true for me,’ I wanted a way of preserving that truth; I found that a good way of doing this was to write it down in songs, which became little protective vessels of personal truth. Having said that, I like when my songs turn out to be relatable – and if they can do for others even a fraction of what they do for me, then I’m all the more glad to have written them.”

Along with the “electronic singer-songwriter” description, Hello Moth also calls his music “soulless soul,” an apt description of the technology-driven soundscape he creates and the emotion he overlays on it.

Jamie Gould of The Jamies describes Hello Moth’s music as “an intense sound formed from simplicity.”

“The vocals are striking – they hit a chord that reminds us of what we want and what we had,” she says.

The Jamies will take the stage second, performing music from their retro-new-wave flavoured 2013 self-titled album, along with some new material.

“Prepare for really catchy synthesizer sounds, poppy guitar hooks and equally catchy bass and drums,” Gould says of her band’s set. “The music is really fun, but we also have some songs that will tear at you. We’re really excited to share what we’ve been up to.”

Powerhouse singer-keyboardist Jenavive Smith (above) and her hard-rocking namesake band will close out the night with a set of music from their upcoming album, a follow-up to 2011’s Underthesheets full-length and last year’s Spades EP.

Smith and band are gearing up for the new album’s release. “We’ll be dropping the video for ‘Mechanical Boy,’ the first single off the new record, on Tuesday,” she says. (Find it at www.youtube.com/jenavivemusic.)

Meanwhile, she’s looking forward to sharing the stage with Hello Moth. “I think he’s amazing,” she says. “Totally unique, but still accessible for the average listener. I absolutely love his album.”