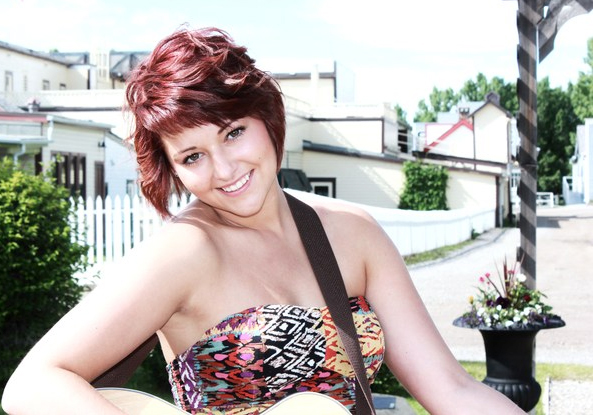 Along with a huge serving of luck, the recipe for success in the music biz includes mind-blowing live and recorded sound, great songs, personal charisma and a crazy work ethic. Being young enough and/or new enough not to have been pigeonholed into a category and dismissed helps, too. Below are four Calgary acts with all, or most, of the ingredients to make the jump from rising stars to household names.

“I’m really excited about the new tracks we’re working on,” she says. “I’ve been going through a bit of a transformation all summer, and I think the fans will like it.” Look for Jenavive to release new music and play several shows in Calgary this fall before heading to the U.S. and Europe in 2014.

The transplanted Maritimer has called Calgary home for a couple of years now, and the city has been a great starting point for what promises to be a memorable career in contemporary country music. Her outgoing personality will serve Bradshaw well; to know her is to root for her. She backs it up with a voice that’s a mile wide, honest hard-working lyrics and some of the catchiest country-pop melodies this side of Taylor Swift or Carrie Underwood.

With a ridiculous amount of talent, self-assuredness and soul, Jocelyn Alice and Lisa Jacobs have already made inroads within and beyond the Calgary scene. Unique musical chemistry, an imaginative approach to sound, mature lyrical themes and salty-sweet vocals have caused industry folk and fans alike to sit up and take notice. The kids may not be ready for a bass-and-vocals duo, but those who program music for film and TV definitely are.

These edgy alternative pop-rockers write strong lyrics and melodies, and singer Christina Lackowicz’s powerful, confident voice is a huge asset. Once the band dials back the instinct to put its abundant technical skills on display in every song and settles back into a groove in support of Lackowicz, the sky’s the limit. The band’s album, Hollow Process, is good – but acoustic tracks on YouTube reveal additional potential.