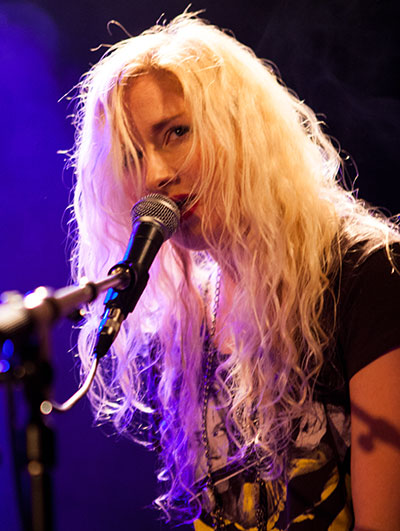 As a passion and a pursuit, music can be a difficult taskmaster. Its definition of success, and the path to get there, change so often it could be easy to become discouraged. But the four members of Calgary band Go For The Eyes have managed to avoid the clichs, finding their own way to what can only be seen as a watershed time in their careers to date.

So far in 2013, band has released its third recorded project – the Six Through Twelve EP – and won this year’s edition of X92.9’s Xposure contest. On Sept. 2, the band took the stage to entertain CFL fans at the Labour Day Classic at McMahon Stadium. Coming up, here’s the possibility of playing the Grey Cup festival Nov. 22-24 in Regina, courtesy of the Sirius XM Rock the Grey Cup competition.

Turner, who cites “everything Jack White has done” as a key influence, says evolving the GFTE sound to reach this point has been a humbling experience. “In 2007, I felt on top of the world; I’d started a band. Then you run into the ups and downs….” A tickmark in the “up” column was adding Roller to the band in 2009.

“Getting Elise (above) on board was a big turning point,” he says. “We had the same goals and ambitions. Even though we weren’t business-savvy, we were both almost willing to die for music.”

The “downs” included some recordings of which they aren’t, in retrospect, particularly proud. “We are very bullheaded, demanding people, and I think in the beginning our whole attitude was, ‘We don’t need any help, we can do this all ourselves,'” he says. “The key factor was realizing we’re not the best at everything.”

The outcome of that realization included bringing in someone from outside the band, Calgary musician and studio owner Kirill Telichev, to produce “Six Through Twelve.” The result is an excellent six-song package that both refines and redefines GFTE’s musical identity.

Fans at the Labour Day Classic will get a chance to hear two soon-to-be-released new songs during the pregame, then two tracks from “Six Through Twelve” at halftime. (There may be a special guest as well; Calgary rapper Transit will likely put in an appearance.)

As for what happens next, Turner is philosophical. “We just want to repay what music has given to us. If someone, someday, came up to us and said ‘here’s my record; you guys were the biggest influence on me…,’ that would be awesome.”

Go For The Eyes on iTunes.