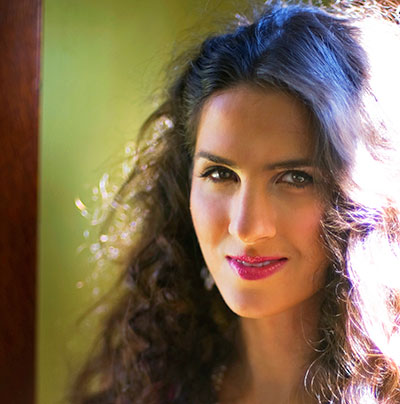 Laila Biali has no boundaries. Not when it comes to music, anyway. The Vancouver-raised pianist, writer, arranger and singer is willing to wrap the warmth of her rich, fluid voice and prodigious jazz-based musicianship around just about any composition from any genre.

Biali’s jazz cred is impeccable, with multiple awards and rave reviews from the likes of jazz bible Downbeat magazine. Her eagerness to apply those sensibilities in a pop setting and infuse them with honest soul has earned her a place on stage and in the recording studio with such genre-spanning luminaries as Sting, Paula Cole and Suzanne Vega, among others.

The same approach has also seen her connect with fans via what she’s dubbed “Requestomatic,” using Facebook and e-mail to take requests for songs to cover in upcoming shows.

“Because I’m a jazz musician who does songs from other genres, I thought, ‘just ask,'” Biali says from the Brooklyn home she shares with her husband, percussionist Ben Wittman, and their three-year-old son Joshua. “We’ve had a ton of submissions and I’ve played just about all of them – from David Bowie’s ‘Let’s Dance’ to Radiohead to Prince’s ‘Kiss’ to a song from the musical Rent. My job in the context of a jazz show is to make these songs work.”

As Biali prepares for her Canada Council-supported Birthday Tour (her big day is Oct. 3), which includes performances across western Canada with a couple of detours into the U.S., she’s also immersed in two simultaneous writing and recording projects, one of which may surprise some of her jazz-scene followers.

“I’m not pure jazz, and I’m not pop enough to be considered mainstream, so a few years ago I started writing songs without thinking about how my jazz audience would respond – music that was not all about improvising; a little more mainstream, pop-oriented song forms,” she says. “I was initially worried about how my audience would respond, but my husband, Ben, really encouraged me – he said ‘you’ve got to release this music.'”

At the same time, Biali is working on a new collection with her jazz trio that’s a progression from her first two sets, “Tracing Light” and “Live in Concert”. Along the way she’s been co-writing with Ron Sexsmith, Marc Jordan, Paula Cole and others, with Sting and Suzanne Vega on her co-writing wish list. Also in the works is a video documentary about the making of the two albums.

So, yeah, she’s busy. “When you’re a mom/musician living in New York, which is a hard city to live in with a family, the time can be a challenge,” she says.

Biali’s Banff performance will be followed by a three-day stay as a visiting artist, mentoring and working with other artists in residence.