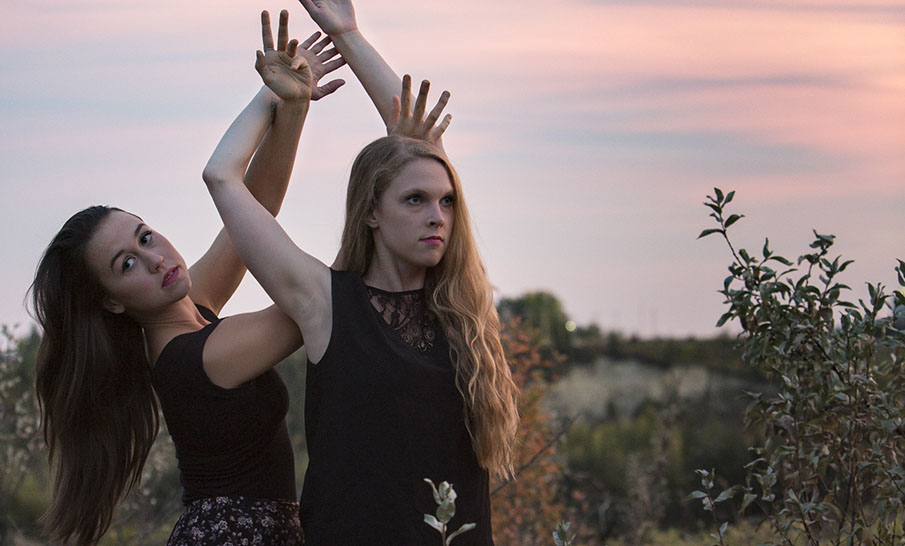 Incarnatio Dance Collective, one of the groups that have benefited from the Next Stage program, premieres their work Intrinsic on November 16.

Up-and-coming theatre artists face a number of obstacles before they get to hit the floorboards, not the least of which is a lack of funding and rehearsal space. This in turn leads to a problem for the city’s arts scene that loses talented artists to other cities able to provide these things, according to Theatre Junction executive director, Guy de Carteret. This view is one of the main reasons Theatre Junction created the Evolve Program. “We wanted to develop a comprehensive program that addresses real challenges in the sector including the underlying causes why artists move away from Calgary and go elsewhere,” he says. “So. we developed the suite of programs that make up the Evolve program.”

The program breaks down into five components that address stages of development. The first component is nurturing high school students through their mentorship program. The last component is master classes where  a slate of visiting prominent artists tour their work in the city and teach a class for more advanced artists.

Between the two is the Next Stage program, which gives young artists the space and resources they need to present new work without worrying about the technical hurdles they would otherwise have to follow. Those selected to participate are given two weeks of studio time, as well as 80 hours of technical support, front of house services, and box office management free of charge.

“It sprang out of that thinking that we need to help and nurture young artist to create new work,” says de Carteret. “Often for independent artists, funding is so dire and the major barrier often is all the costs associated with the venues. If we remove those costs, it frees up additional resources (both time and money) to put toward directing, paying themselves and improving design and production values. It frees up resources to create better work.”

Tickets to Next Stage productions are $20, (except Sunday matinees, which are pay-what-you-can) with 75 percent of proceeds going directly to the artist and the rest going back into the program. Theatre Junction plans to partner with eight arts companies through the season, with all show dates posted on their website.

Upcoming works from the Next Stage program

This Calgary dance duo’s first effort, Intrinsic, examines how the flood of media information and consumerism can transform and alter our beings, and even eliminate our creative spirit.

This musical puppet performance follows the titular Timmy and Tommy sisters as they try to defeat the vengeful manager of a haunted hotel with the help of its resident ghosts.

Body So Fluorescent by madonnanera

A play tackling questions of otherness and relational oppressions, Body so Fluorescent finds two friends piecing together just what happened the night before that ended in a huge fight, shifting between their selves and their alter egos to find the truth.

My Fair Lady – The Punk Version by Productive Obsession

In this modern take on the classic tale of Pygmalion, a 19-year-old ballerina becomes the focus of a bet between her boyfriend and a punk scene fixture about whether she can be made to become a true punk rocker.