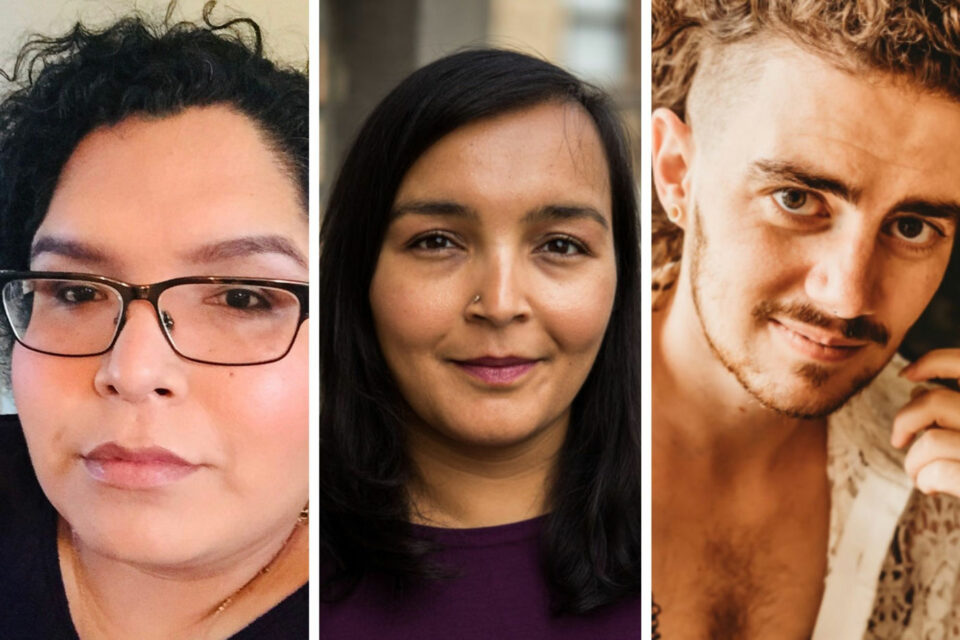 Theatre Calgary has launched its inaugural Page to Stage New Works Festival, a new initiative that offers local playwrights an opportunity to bring their plays to life. Focused around a different theme each year, this year’s festival features three selected works exploring LGBTQ2S+ identity, which will be presented online this weekend.

Zach Running Coyote, artistic associate with Theatre Calgary, led the charge in putting out the call for playwrights with stories surrounding this year’s theme. He received over 50 submissions.

“I knew right off the bat that I wanted to focus on Calgary playwrights and on the LGBTQ2S+ stories inside those communities,” says Running Coyote. “This festival is part of the ongoing commitment from Theatre Calgary to not only produce the classics but also develop new theatre and continue to contribute to the growth of the canon.”

The three scripts that were ultimately chosen for the festival come from Calgary writers Sable Sweetgrass Katoiyissa, Matthew Oliver van Diepen and Sharanpal Ruprai. All three plays showcase unique stories of family, love, identity and the diverse communities that make up Calgary and Canada. The plays were cast with a full complement of professional actors and the writers were paired with a director. Now, after being workshopped, the plays will be staged as online play readings on March 20 and 21.

“It is such an amazing opportunity to work with these artists and do something that have never been done before. Sable Sweetgrass Katoiyissa is a Blackfoot person and has written a play about a transgender, Blackfoot mother. The director Troy Emery Twigg is Blackfoot as well and it will be the first time that a play done by Theatre Calgary will be written and directed by a Blackfoot playwright and director, which I think is huge for our city,” says Running Coyote.

For Sweetgrass Katoiyissa, the creation and production of her play has been a long time coming. Awowakii follows a Blackfoot, transgender mother who must make a life-altering decision when her estranged father returns hoping to reconnect and to offer his residential school settlement money.

“I wrote this play almost 10 years ago but it was difficult to get any interest in a story about a Blackfoot, transgender woman anywhere in the country, and I was so excited that it was able to resurface and be up for submission now,” says Sweetgrass Katoiyissa. “This is the time for this story. We have never really been invited onto the main stage, but we are now.”

The other selected plays also dive into in-depth stories of identity with diverse characters. Ruprai’s play, Bollywood Basement Boutique, is a family comedy/drama that follows a Punjabi family, particularly a daughter and son who don’t necessarily fit the mould of what their mothers envision for them. The story explores identity, drag performance, multiculturalism and how religion and traditions impact our lives.

Matthew Oliver van Diepen’s play, Agápi Sti Fury, is an 1820s historical drama that follows two Navy ships in the arctic whose crew members decide to stage Shakespeare plays. When some of the all-male crew take on female play roles, it leads to relationships and experiences that make for a queer spin on true history.

After the online readings this weekend, one play will be selected to move forward and will be shared in person and on stage through Theatre Calgary when it is safe to do so.

“I think this festival is a great step forward in showing how diverse Calgary is and how many amazing people exist in these communities,” says Running Coyote.

The Page to Stage play readings will take place online on March 20 and 21. Festival passes are $25 to watch all three readings. To learn more, visit theatrecalgary.com.

The Indigenous Names of Popular Outdoor Destinations Near Calgary