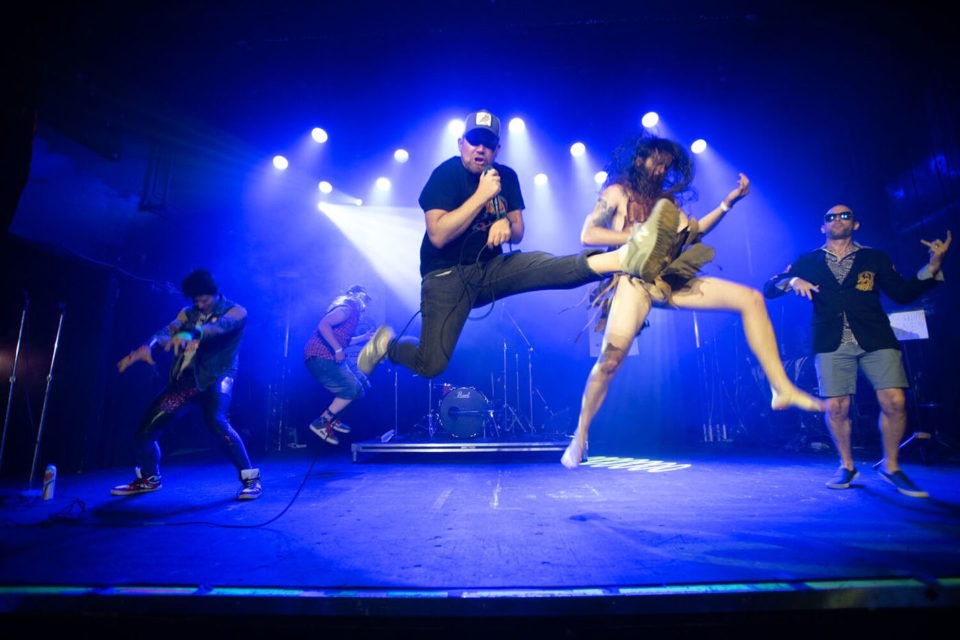 It’s easy to understand the time, talent and dedication it takes to master an instrument, but what does it take to master playing no instrument at all?

Find out as the city’s best pantomime rock stars duke it out at the first Calgary Air Guitar Championship June 8 at The Rec Room.

While a trip to the National Championships in Toronto is at stake for the winner, Air Guitar Canada co-director and Canada’s 2017 National Air Guitar champion Genevieve “The Phoenix” LeBlanc says air guitar goes beyond the competitive drive, satisfying a universal urge in and of itself.

“Everybody has ‘air guitared’ at some point in their life, whether they’re willing to admit it or not. We all have this deep fantasy of being a rock star somewhere within us,” explains LeBlanc. “Doing competitive air guitar is just a way of letting out that same kind of joyful, goofy play that we have when we’re children.”

“We know that it’s silly, that’s why it’s fun. So rarely do we get to do stuff like this.”

Routines in competitive air guitar last just one minute and are judged on six categories: originality, ability to be taken over by the music, stage charisma, technique, artistic impression and “airness” — described as an intrinsic performance element by LeBlanc.

“It’s that ‘je ne sais quoi,’ one-in-a-million quality that when you see the person perform, you know you’re looking at the next champion.”

Judging takes place like it does in figure skating, on a scale from 4.0 to 6.0, with the highest scoring performer in Calgary earning a return ticket to Toronto for the chance to become the National Champion.

From there, they could represent Canada on the world stage at Air Guitar World Championships in Oulu, Finland.

“You could be a really good musician and a good guitarist, but you may not have that performance skill. You might not be doing the scissors kicks, or the dive roll off the stage that gets the crowd into it,” says Mitton, who will also act as a judge for the Calgary event.

For those looking to follow in her footsteps of national air guitar glory, LeBlanc has a simple piece of advice.

“Don’t take it too seriously,” says LeBlanc. “It’s air guitar. Have fun with it.”

The Calgary Air Guitar Championships is free to attend and open to all-ages. Anyone 19 years old or older interested in signing up for the event can register here. The competition starts at 8 p.m. at The Rec Room, 901 64 Ave. N.E.