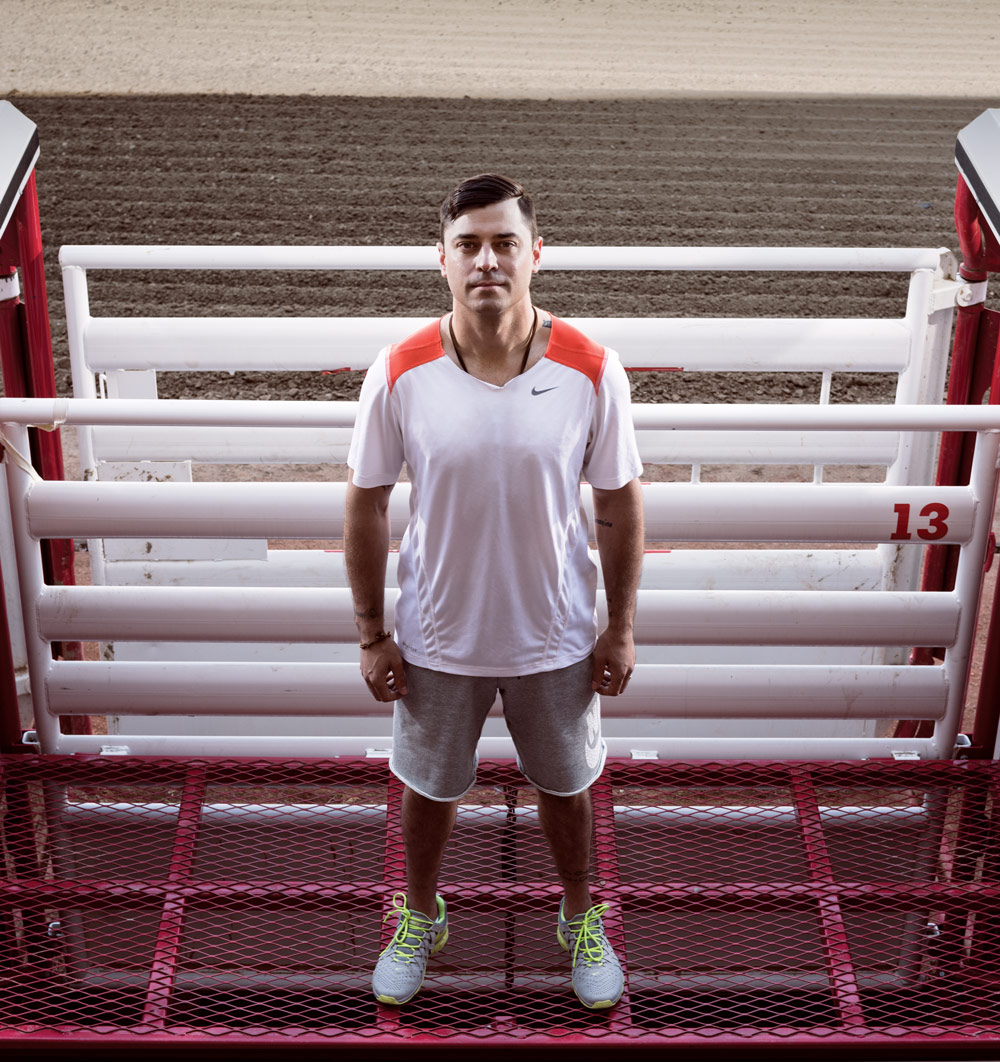 At a table in his favourite cafe on 17th Avenue S.W., one of Canada’s best bull riders stretches his arms out, bends his elbows and pushes his hands up to mimic an overhead press. Then he grimaces.

“Something like that is really hard for me,” says Chad Besplug as he demonstrates what 15 years of riding snorting, kicking 2,000-lb. bulls can do to a body. At 29, Calgary’s Besplug ranks among the most accomplished bull riders in Canada. He was 16 when he won his first Professional Canadian Bull Riders title. Since then, he has added two more Canadian championships and a Calgary Stampede bull-riding title, and competed in the finals of the World Professional Bull Riding championships.

Those awards come at a price. With more than 1,000 rodeos under his belt, Besplug has suffered hundreds of walloping bucks to the ground, along with concussions, broken legs and tremendous shoulder damage.

“This is an extremely hard way to make a living. It’s tough. You’re going to get hurt a lot,” says Besplug, who has ridden with his leg in a cast and now wears a helmet to protect his head. “Sometimes, I’ve wished I’d picked a different sport. But, really, this sport has given me everything that I have,” says Besplug.

On a sunny afternoon after a weekend rodeo, Besplug doesn’t look like a full-time professional cowboy. We meet at Analog Caf, close to his home in Mission. He wears a red toque, a black leather jacket over a black hoodie and black jeans. Cowboy boots are notably absent. City life fits perfectly with his training, he says. “That’s the thing – I don’t train on bulls, so I can live anywhere.” 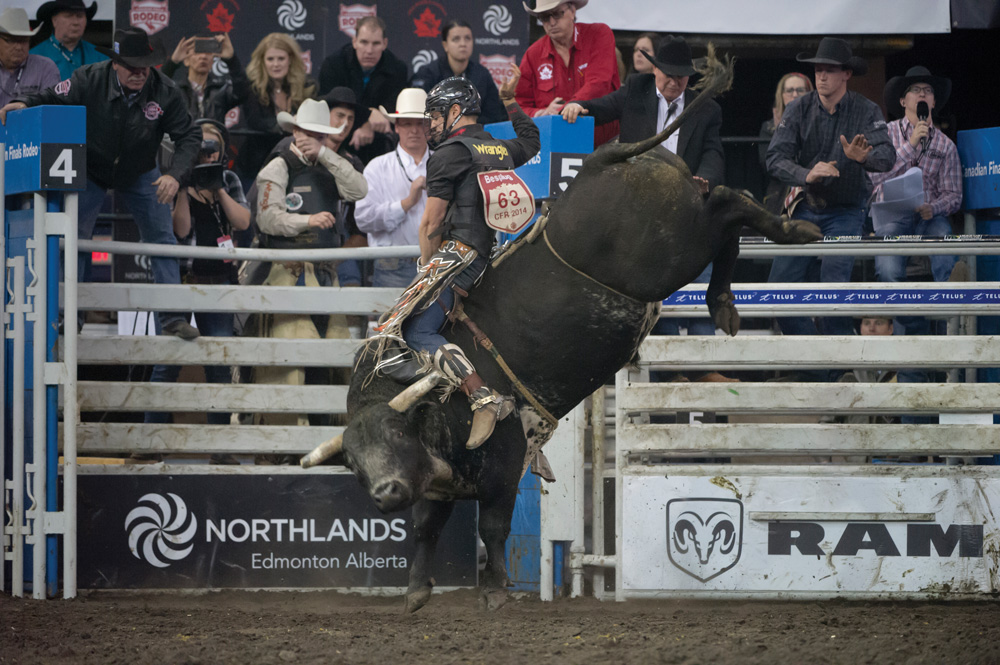 Fans look on as Besplug handles an airborne bull with ease.

Today, his training is carried out almost entirely in the gym. Besplug usually works out five or six times a week, focusing on his legs, abs and back. A bull rider needs a strong core to create the least resistance to the bull’s jerky movements, he explains.

“It isn’t so much about arm or leg strength, because you simply can’t overpower a bull,” Besplug says. “There’s been maybe a handful of guys in the sport who could do it. So much is about technique and core strength to get yourself in the right positions all the time.”

When he’s uninjured, the former University of Alberta track athlete runs sprints and stairs. “I still love track training because it’s so similar to bull riding,” says Besplug. “You want to be fast and precise for a limited amount of time.”

He eats healthy, striving to keep his body fat low. At six feet and 165 lb., Besplug is one of the taller bull riders. “Any extra weight that you have that isn’t muscle can be a problem,” he notes.

Most bull riders retire after about a decade in the sport because of the abuse their bodies take, as well as the stress. Besplug plans to keep going long enough to win another Canadian championship. After that, maybe he’ll think about retirement.

“When I’m done, I’ll always be a bull rider in my heart,” says Besplug. “When I’m not riding, I still want to be close to the sport. I don’t think I’ll ever be away from it.”