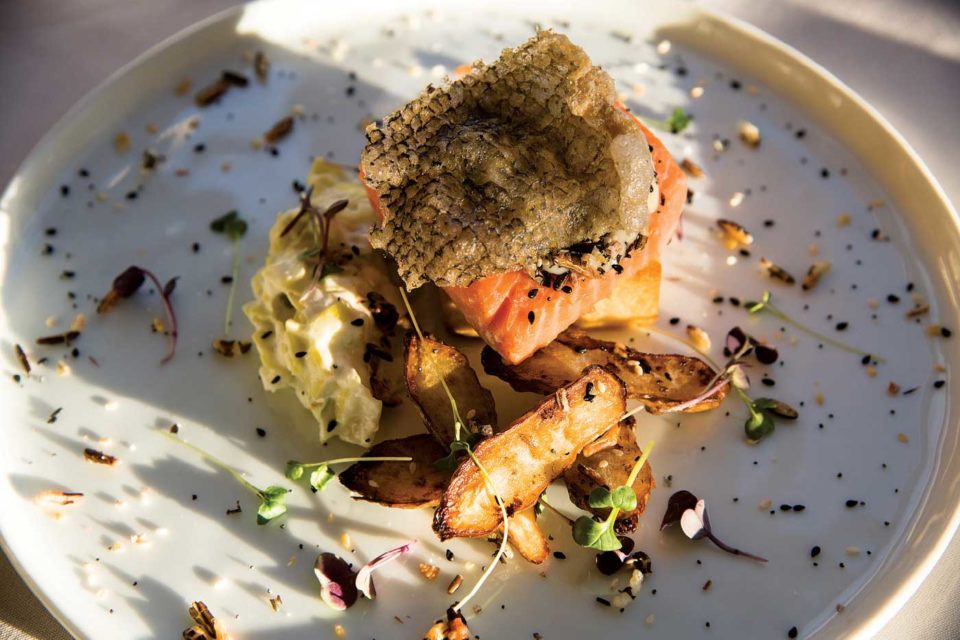 FOOD | Euro-inspired, Alberta-raised.
VIBE | Formal but not fussy.
DECOR | Heritage home with local modern art.
DISH | Brome Lake duck however it’s offered when you go.
TIP | Unlike most inner-city restaurants, there is ample free parking in the lot across the street near the zoo bridge.

The historic Cross House has many ties to the local food scene. The original homeowner A.E. Cross was one of the “Big Four” co-founders of the Calgary Stampede and Exhibition, and he founded the A7 Ranch and Calgary Brewing and Malting Company, the first brewery in Western Canada. For the past 18 years, the house has been home to Rouge restaurant — a fine-dining restaurant helmed by chef Paul Rogalski and co-owner Olivier Reynaud. Since it opened, the kitchen has seen various changes, but Rouge’s commitment to quality, local ingredients and using the bounty of its beautiful backyard garden has remained. This is a restaurant that has deep roots — in the community, in its garden and in the culinary pasts of its co-owners. Rouge’s menu takes cues from both Reynaud’s French heritage and the Canadian farming history of Rogalski’s family.

After closing the more casual sister restaurant Bistro Rouge in 2017, Rogalski and Reynaud have refocused attention on the original Inglewood location, and are now joined by chef du cuisine Darnell Japp, formerly of Bears Den and Avec Bistro.

While Rogalski refers to Rouge’s cuisine as “modern farmhouse” that doesn’t quite capture the refinement of the food or the experience, which in both cases blend European and Western Canadian sensibilities.

Back to Calgary’s Best Restaurants 2019

Island Lake Lodge: Only 10 Miles From Town But Feels Far From Civilization