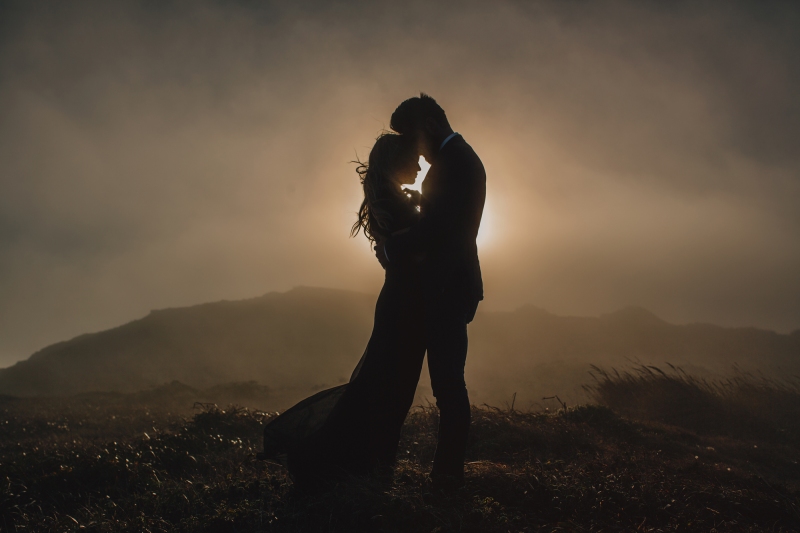 Regardless of being on a mountain top or in the downtown core, Alan Maudie is a fly-on-the-wall. Focusing entirely on the couple and their loved ones, his wedding shoots are filled with candid moments. In a true documentary style, he often stays away from the typical posed shots, and instead on the searches for the personalities and relationships as they emerge in the more quiet moments of a hectic day.

When to book him: As early as possible. He typically takes on one wedding per week, but has taken on clients as early as two weeks in advance and as far ahead as 18 months.

Gabe McClintock’s images are striking in their emotion. With a documentary style, he captures the tears of joy as they stream down a mother’s face, and frames the images with just enough left to the imagination to make you feel like it’s happening before your eyes. By making himself available to the couples, he says they’re able to open up to him and make real connections, offering up the more honest moments to be captured and cherished.

When to book him: Six to 10 months in advance.

Since moving to Banff over a decade ago, Kirstie Tweed has dedicated herself to photographing weddings in the Canadian Rocky Mountains. With a sense of humour, fun and a little bit of magic, each image echoes some of the grandeur of the mountains themselves. Alongside her husband, Kevin Tweed, she has made it her mission to give people a dream trip to the mountains, even creating a mountain wedding guide to help couples get the most out of their days in the Kananaskis.

When to book her: One month to one year in advance.

Phil Crozier dreams big, and he likes it when his clients dream as big as he does. With an editorial flair, his images are reminiscent of a spread in a fashion magazine. His work has brought him all across the globe. He’s photographed brides alongside eagles, painted ponies and inflatable swans. He’s currently expanding his studio to Toronto and booking across Canada, but still calls Calgary home.

When to book him: One year in advance, but he says he can be flexible if a couple comes to him with an exciting concept or situation.

As an experienced stylist, Tara Whittaker adds a bit of glamour to her wedding shoots. With impeccable imagery and the added flair of fashion, she describes her style as a blend of photojournalism and fun. She also offers a “style it up” option for engagement shoots. For these shoots, Whittaker styles the couple for a concept and then tracks down a make-up artist and some props to turn their announcement into a story.

When to book her: One year to 18 months in advance.