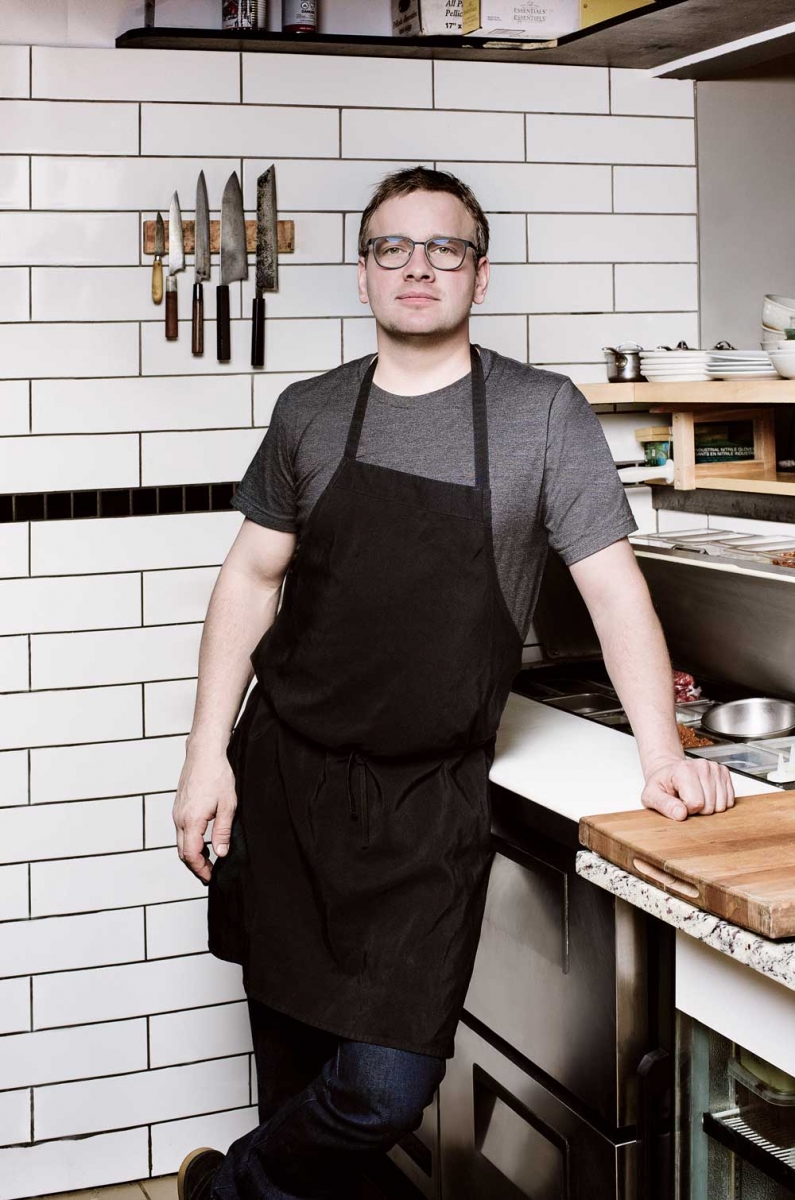 Eric Hendry sums up his illustrious resume as such: “I was just a young man cooking.” His culinary past (and, he feels, that of most chefs) is inherently boring to talk about. “It’s just a list of places.”

Indeed, it is, albeit they’re places where many people would enjoy eating, if not living and cooking: Lake Louise, Vancouver, Jasper, Melbourne, Calgary, Hong Kong. Calgary again. Hendry won’t, or likely can’t, sum up the fragments of strange and marvellous encounters that have resulted in his idiosyncratic take on what makes for an unforgettable meal.

Hendry, who took over the role of head chef at Calgary’s darling Bar Von Der Fels when he became part-owner of the place more than a year ago, likewise refuses to provide a pat answer to that most predictable of questions, ‘What inspires you?’ Heavy sigh. “Nobody knows how the human brain works, why we think and dream certain things.”

He’s not trying to be difficult. Rather, Hendry – a relentless, dazzling light on Western Canada’s culinary scene – prefers to deflect conversation to the widespread crime of over-salting, the magic of umami, and how at home he feels standing still in the middle of Shibuya’s famously busy train station in Tokyo (“there’s a certain umbilical cord every chef has to a place in the world that informs who they are and how they think about food. Japan is that for me”).

Hendry is likewise effusive regarding his perspective on where Calgary’s dining scene is going. After four years spent elevating comfort food as executive chef at Model Milk, he decided it was time to connect more closely to a smaller audience. He has found that intimacy with diners at Bar Von Der Fels. The restaurant’s devotees are happy to be along for the ride as Hendry’s menu, tied to his deftly produced whims and the seasonality of ingredients, changes sometimes daily. Motivated by his faith in a growing collective eagerness in this city to try unpredictable food with “explosive flavours,” Hendry serves the likes of cauliflower with sea urchin; escargot doughnuts with leek and fried chicken and caviar plated with signature restraint and deceptive simplicity.

So, has Hendry “arrived” at the pinnacle moment in his career? (Another sigh.) “No.” Good enough.