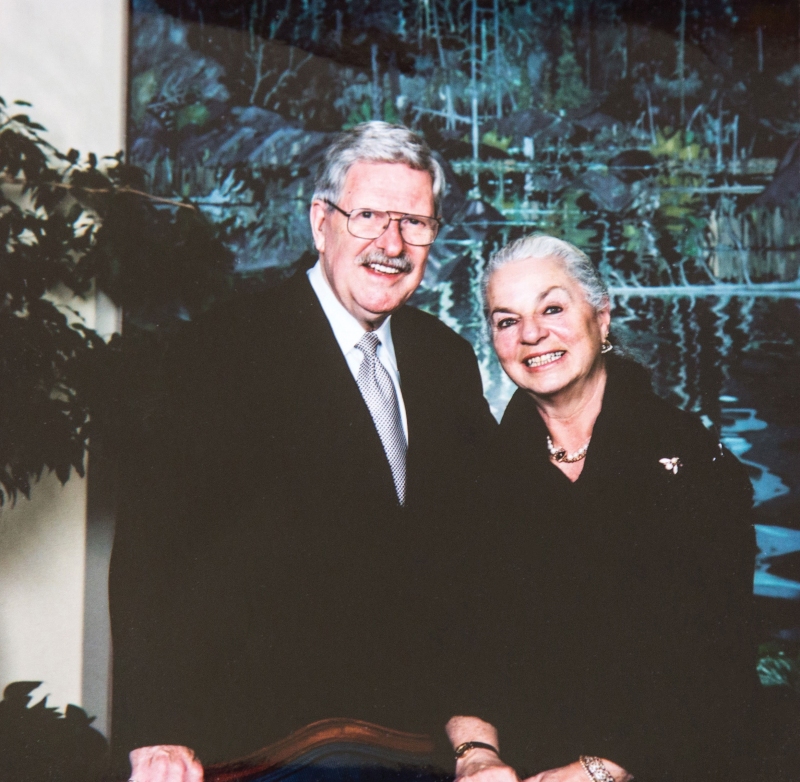 For many Calgarians, this catchphrase is an unmistakable reminder of one of their city’s most beloved figures.

Ed Whalen was the voice of Calgary sports for years, calling Stampede Wrestling play-by-plays for more than a quarter century as well as Flames’ games for two decades, before passing away in 2001. Now, Al Del Degan and Liam Rathgeber are compiling and preserving his life story through their startup company, Capturing Legacies. “I grew up in Okotoks, [watching] Calgary TV, and Ed Whalen is the first celebrity that I can remember ever being aware of as himself,” Rathgeber says. “He was just such a character on his own; he had such a distinctive voice.”

Del Degan launched Capturing Legacies two years ago, with Rathgeber coming onboard a year later. The pair conduct interviews and research an individual’s life and compile all the information and stories they find into a leather-bound keepsake book, a series of audio files, an ebook ora website (based on the family’s preference).

The idea behind Capturing Legacies is to record the history of everyday people so that their stories can be passed on from generation to generation, but Del Degan and Rathgeber wanted to launch their service by sharing a local celebrity’s story.

“[Ed Whalen] just loved Calgary,” Del Degan says. “He donated a lot of his time and effort to local charities. If you’re going to do a profile of somebody, why not pick someone people relate to and care about?”

The two have interviewed Whalen’s family and friends, cultivating a range of stories from the broadcaster’s life. There’s the one about an album of Sinatra songs Whalen sang and recorded for his wife, the farewell the Flames organization gave him when he retired in 1999 and a ring Whalen bought for his wife that was delivered after he passed away.

The Whalen project is a labour of love for the two fans, with all proceeds going toward the Alberta Children’s Hospital Foundation, a charity Whalen himself supported.

The project will be completed later this year and Whalen’s story will eventually be made available to the public via ebook. Until then, Capturing Legacies will be posting items online for fans to read.