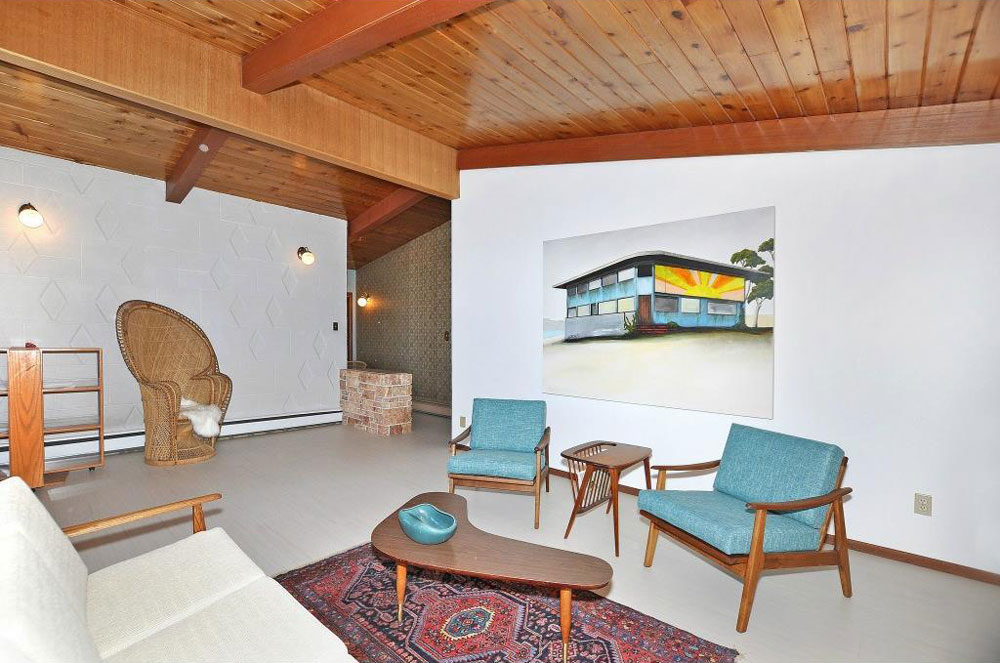 This five bedroom was designed and built by its original owner in 1961.

Much of 6608’s mid-century charm has been preserved by the current owners. It has warm wood-paneled ceilings, large wooden beams, concrete block feature walls, two wood burning brick fireplaces, large windows and an open-concept floor plan. The home was staged with mid-century furniture by Becca Black of Bex Vintage and many of the pieces can be purchased from her website.

It’s easy to forget that 6608 is more than 50 years old because its mid-century design aesthetic makes it feel surprisingly modern. 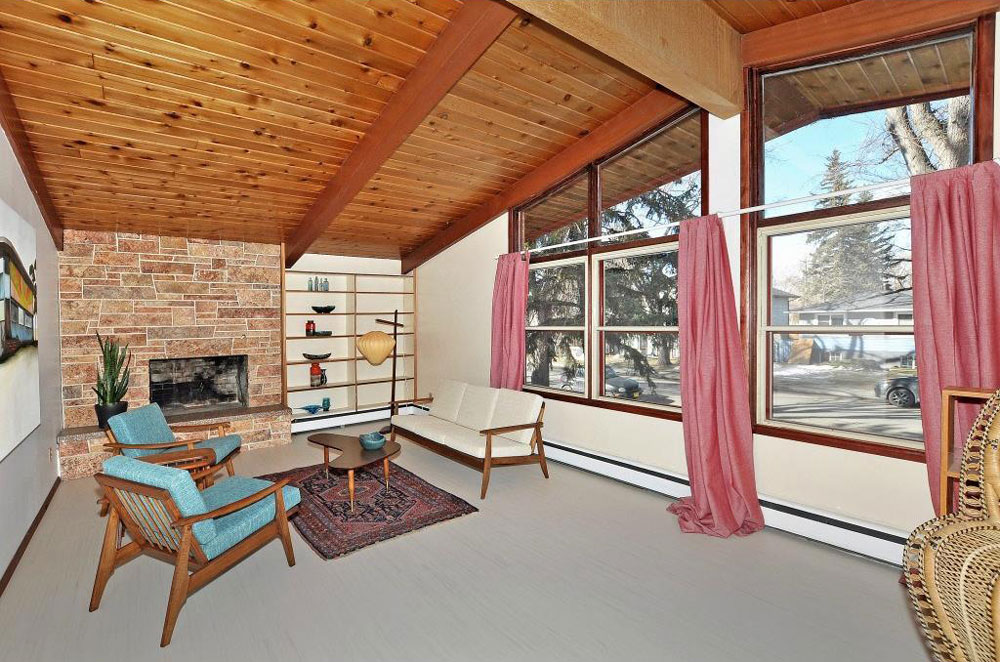 The living room has a wood burning brick fireplace and built-in shelving. 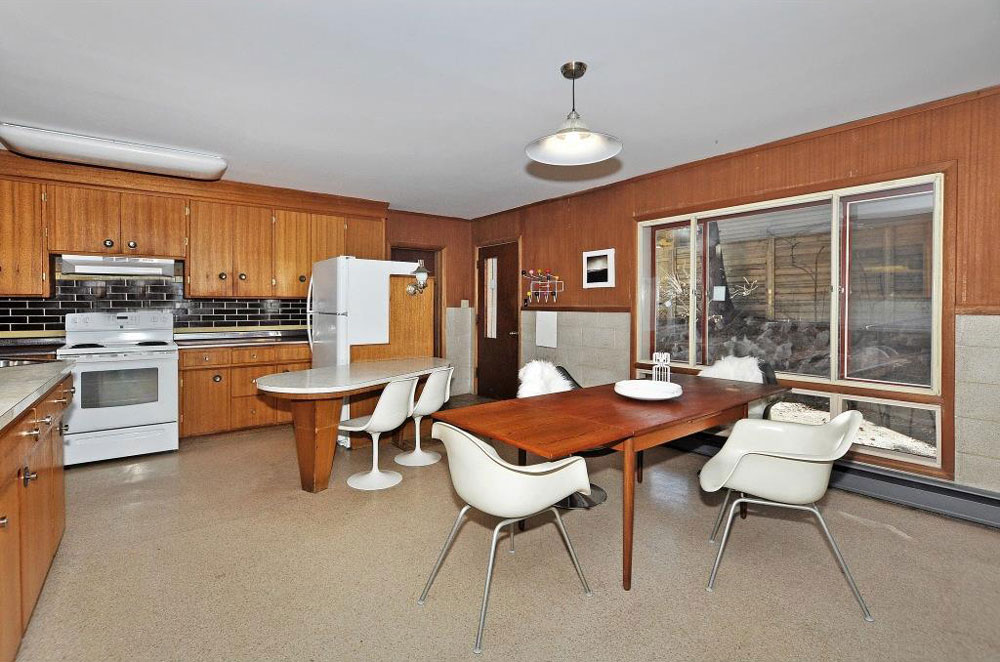 The kitchen has a built-in breakfast bar and a separate dining area. 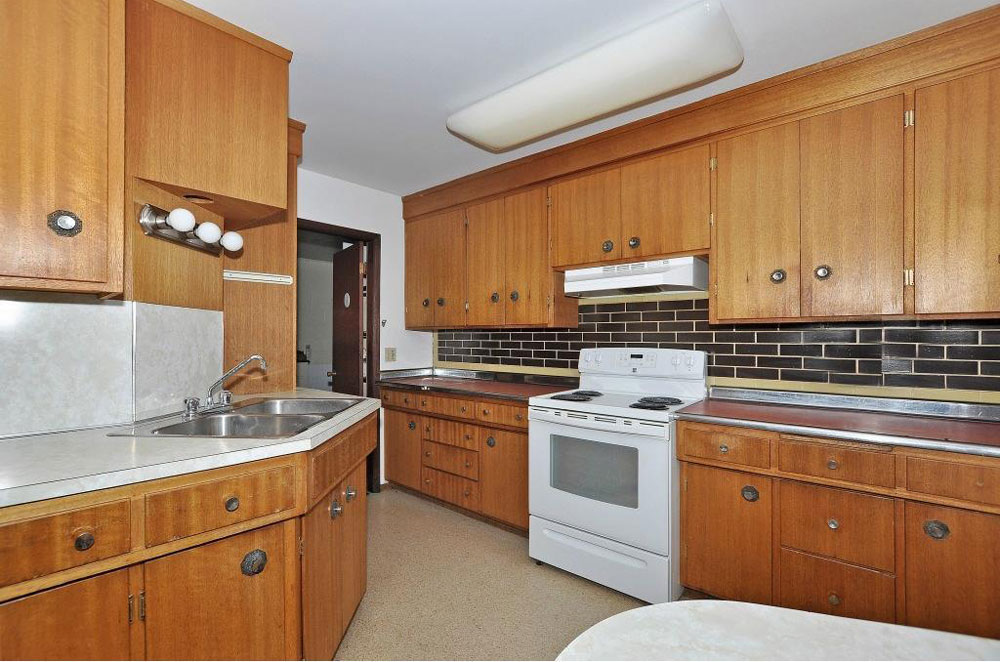 The original kitchen has a spacious and modern feel thanks to the open-concept layout. 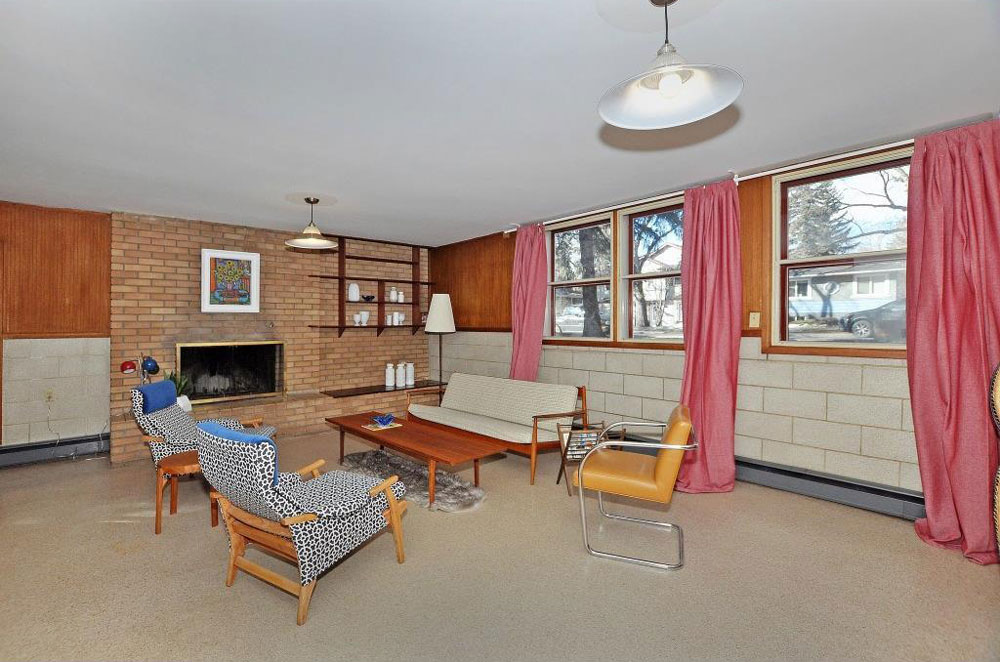 There’s a second living area off the kitchen with another wood burning brick fireplace. 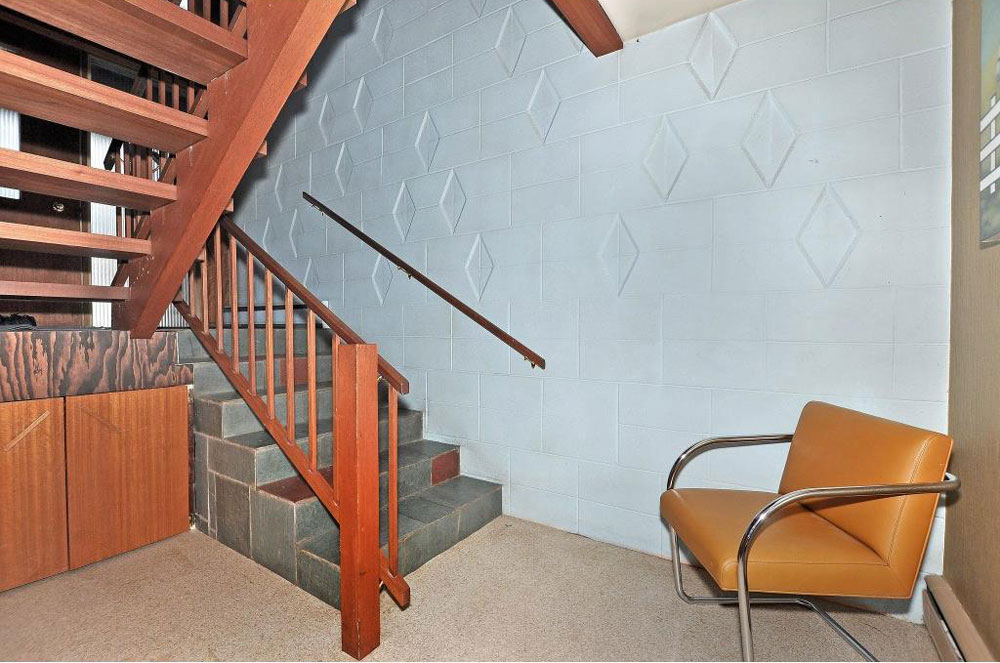 The staircase that connects the bi-level has a cement feature wall. 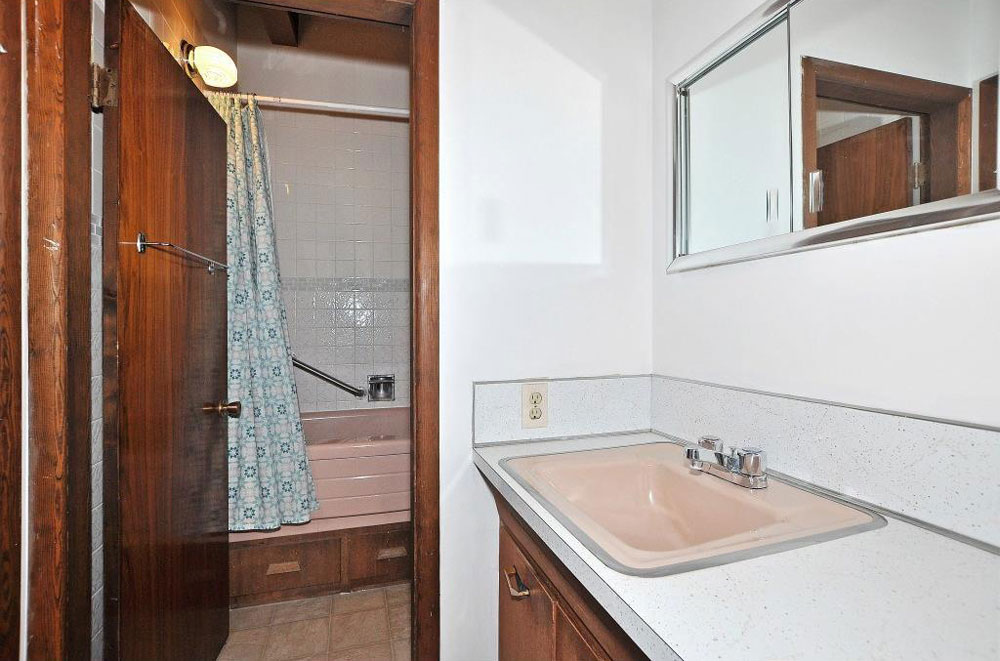 The upper level has two half-baths connected by a tub area. 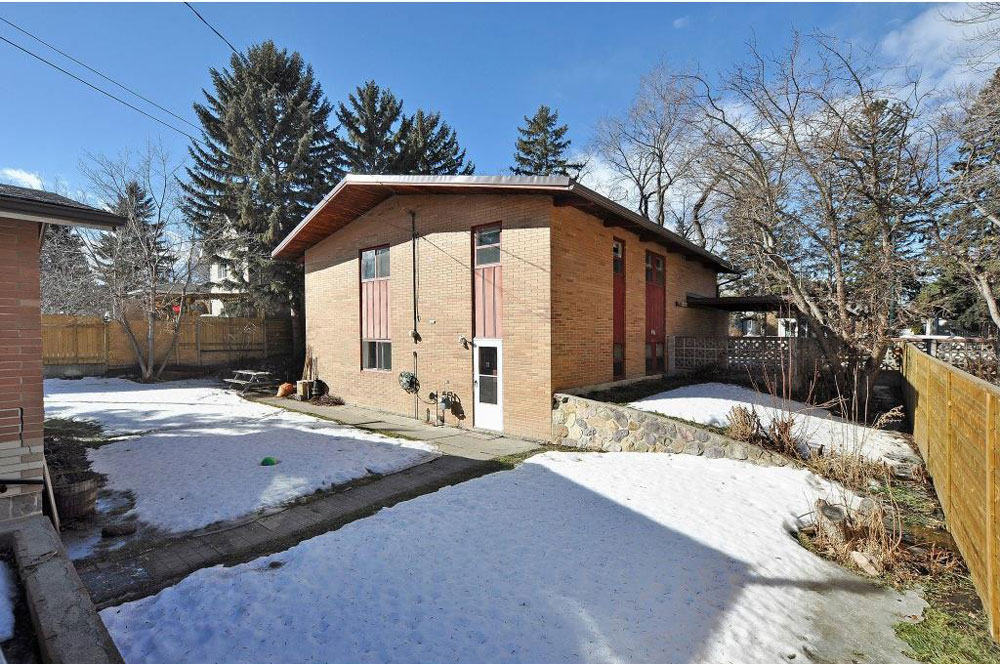