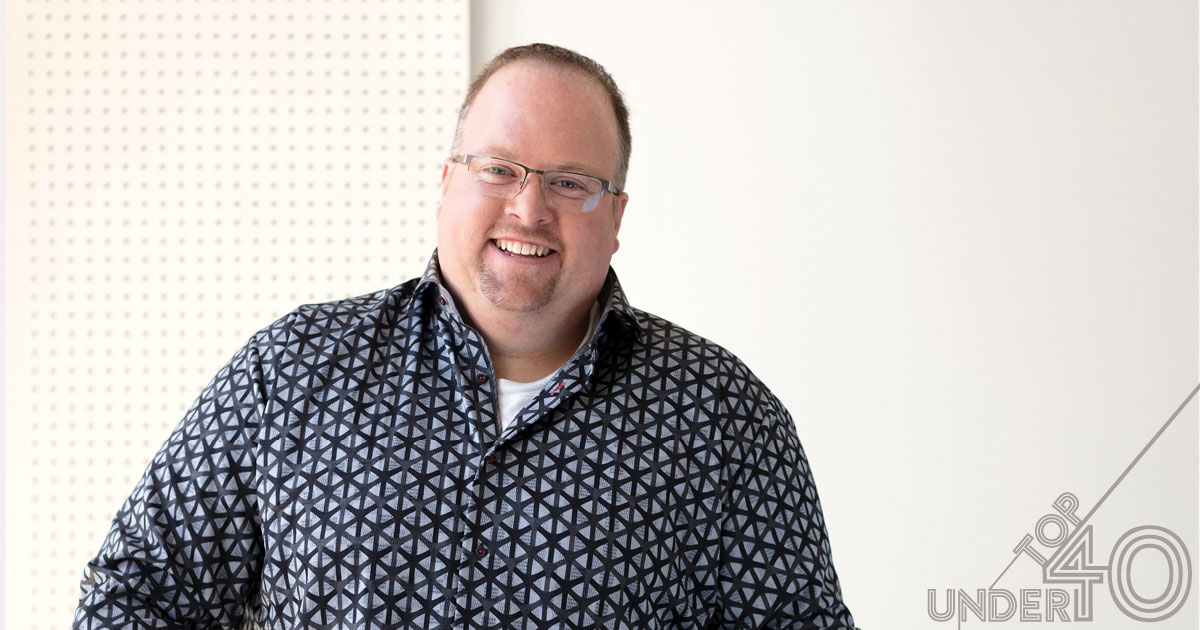 Since becoming its manager, Powers has more than doubled the revenue brought in by the D.I.’s Donation Centre and increased the number of products the centre recycles from just two to more than 11. He also helped develop the Christmas Wish Program, which provides gifts to around 600 homeless Calgarians every year.

In 2003, Mark Powers broke his cellphone on purpose. He had decided to quit using drugs and step one for him was erasing all his contacts. Powers got a new phone, but he kept the same job he had scrubbing floors and bunks at the Calgary Drop-In & Rehab Centre (the D.I.). The charity, which provides immediate and long-term services for homeless and at-risk Calgarians, is the largest of its kind in North America in terms of the number of people served.

As Powers worked on his recovery, he took on more responsibility and in 2008 became the D.I.’s volunteer coordinator. Over the six years he worked in that department, he more than doubled the number of regular volunteers and restructured the department, eventually managing more than 100,000 hours of volunteer time.

In 2008, Powers helped develop the D.I.’s Christmas Wish Program, an initiative that allows Calgarians living in shelters to request a specific gift at Christmastime.

With between 500 and 700 people on the program’s list each year, Powers devoted so much time to the project that he usually put off celebrating Christmas until early January. In fact, until 2016 when he spent the day with his newly adopted son, it had been 12 years since he celebrated Christmas on December 25th.

When Powers became manager of fund development for the D.I. in 2013, he and his team raised more than $1 million dollars in cash and even more in-kind donations such as furniture, clothing and books. “I’ll ask anyone for money,” says Powers, and he is always finding ways to connect people and businesses with the D.I.’s mission.

He now manages the D.I.’s Donation Centre and oversees all of the D.I.’s resource development. Powers more than doubled the donation centre’s revenue from $60,000 to more than $120,000 by initiating 11 new and profitable recycling programs for donated items like scrap bicycles and electronics parts.

Powers is proof that the D.I. can help people change, and he’s not shy talking about his past — he routinely gives impact speeches about drug use at the United Way and the D.I.

“My dad always taught me you work hard and take care of others and listen to what they have to say,” says Powers — advice he tries to live by. —Jennifer Dorozio