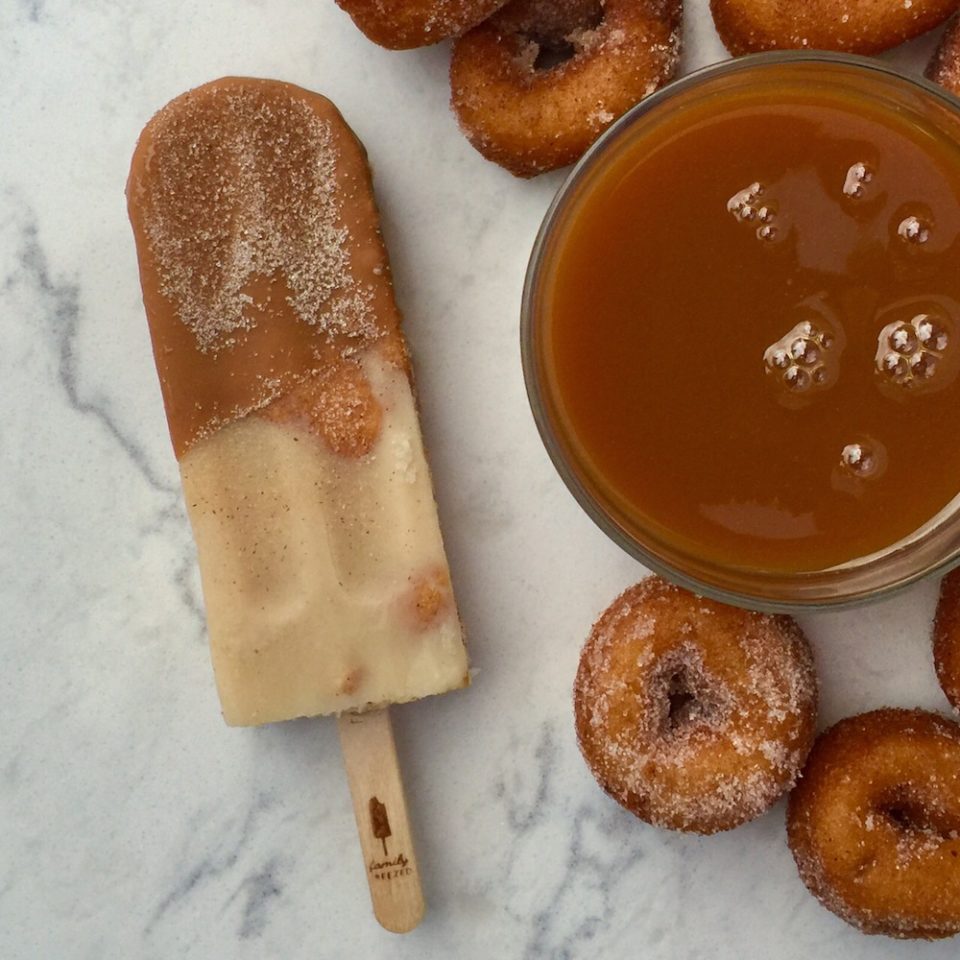 Family Freezed‘s Mini Donut Ice Pop ($5) has been a Calgary Stampede staple ever since it was named the Best New Food on the Midway at the 2015 Stampede. The gourmet popsicle company handmakes all of its icy treats, which Calgarians can buy at its Family Squeezed location in the Food Hall at CrossIron Mills, EV Junction, the Calgary Stampede, various retail stores around the city and the company’s food trucks.

This year, Family Freezed has made a few changes to the popular ice pop. While the ice pops will still feature mini donuts (from Family Freezed’s sister company Beaver Balls) frozen inside of a dulce de leche cream base, they will also be dipped in caramel and then covered in cinnamon sugar.