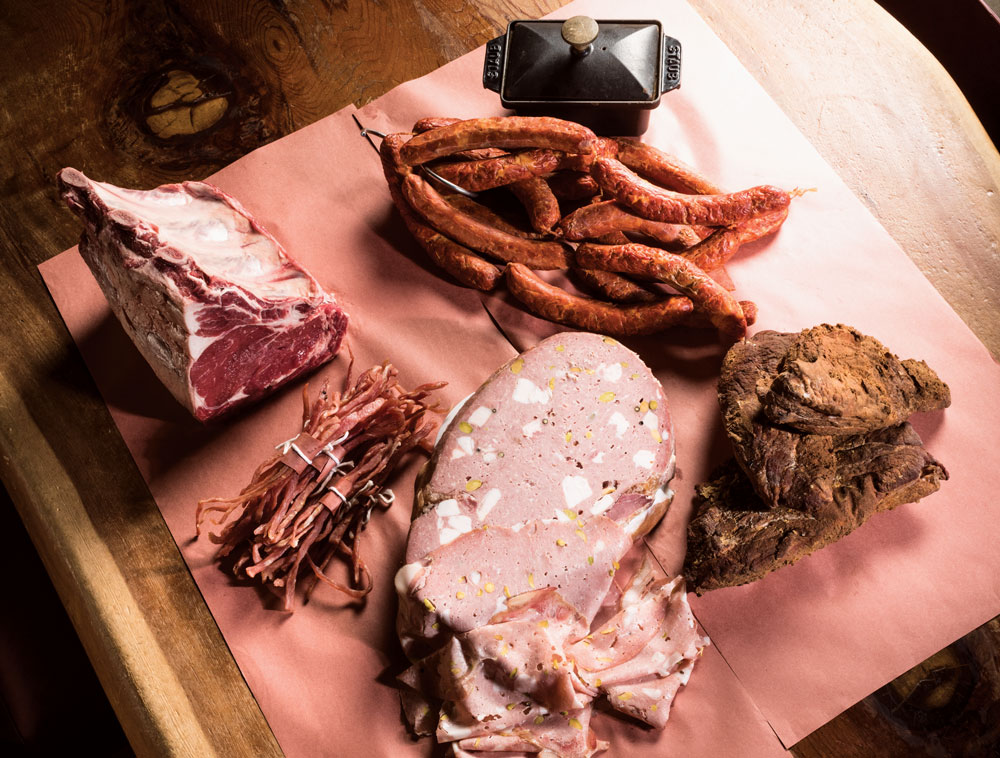 Traditionally an old-European pursuit, the craze for curing continues to sweep this side of the pond. The processes of curing meats by salting, drying, brining, fermenting and smoking, have made a comeback in culinary schools and restaurants in a big way. Add in pts, rilletes and fresh sausages and you have a carnivore’s dream.

Charcut and its younger sister Charbar have been at the front end of using lesser cuts of meat since they opened in 2010 and 2015 respectively. Both restaurants showcase dry-aged meats, whole pig’s heads and various cured meats in glass display booths, and house-made meats feature prominently on their menus. There’s no mistaking them for vegetarian restaurants. (But a good vegetarian-friendly meal can be had at either, particularly Charbar.)

The settings for the two restaurants couldn’t be more dissimilar. Charcut is located in the stylish steel-and-glass Le Germain building across from the Calgary Tower, while Charbar fills a big section of the century-old Simmons building in the East Village. Both act as anchors to their areas, Charcut at the core of the city, Charbar at the nexus of new in the construction-heavy zone east of City Hall.

Owners and co-executive chefs John Jackson and Connie DeSousa and Charbar chef Jessica Pelland do the heavy lifting in the kitchen. DeSousa can skin a pig’s head easily in under a minute, allowing the team to fill the cavity with a preparation that becomes mortadella. Pelland takes an Argentinean slant to her Charbar menu, creating beef chorizo and – for hard-core meatheads – traditional morcilla, an Argentinian pork blood and fat sausage.

If innards and skulls aren’t your thing, don’t worry, both restaurants offer meat in many other forms – ultra-dry-aged porterhouse steak, fresh ground for burgers, rotisserie chicken, wild-boar bacon, bison brisket, lamb loin and on and on.

Staff even wear T-shirts by local company Food on your Shirt with meaty sayings on them, like “Praise the Lard.” Charcuterie can be tongue in cheek, so to speak.

Eat | Whatever’s on the charcuterie menu that day.