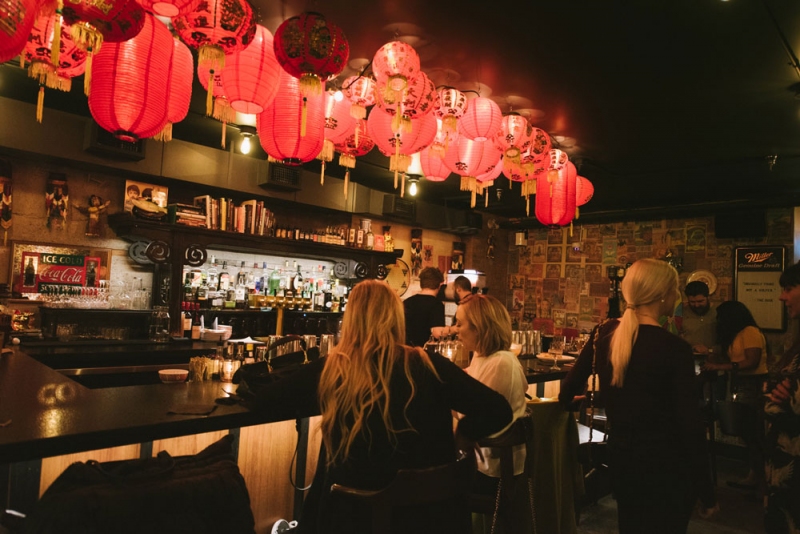 Liven up your week with dinner, drinks and a live comedy show at these bars and restaurants.

You can make a whole night out of your visit to the Blind Beggar Pub, starting with their happy hour from 4 to 7 p.m. Since the comedy show doesn’t get rolling until 8 p.m., you have time to enjoy a $2 10 ounce glass of house lager, $5 highballs and house wine as well as $1 (per bone) barbeque ribs.

Broken City hosts western Canada’s longest-running open mic comedy show every Monday, earning itself a pretty strong reputation on the Canadian comedy scene. The shows are two hours long and each comedian has five minutes to make the crowd howl. Here, pretty much anything goes. You’ll see both amateur and touring comedians, and even pros like Zach Galifianakis have made appearances. Arrive between 6:30 and 7:30 p.m. to get a seat.

This sports bar and restaurant on 16th Avenue N.E. has been going strong for almost 40 years. It has pool tables, karaoke, live music and Handcuff Comedy night every Sunday. The comedy show is free and on Sundays, boneless wings are 60 cents each and bone-in wings are 65 cents each.

Jupiter Comedy puts on a show at this small neighbourhood pub in Kensington every Wednesday. The weekly event almost always sells out, so get here early to secure a table or spot at the bar. Specials for the night include half price curry fries, 20 ounce pints of Village Wit for $6.75 along with other daily deals.

The Tea House is stylish cocktail bar, located underneath Two Penny Chinese in Victoria Park. The “happiest hour” happens the hour before comedy night, so come a little early to enjoy $6 bottles of sunshine and unicorn juice paired with $9 steamed pork buns and vegetarian Shanghai noodles.

Crash Test Comedy happens every Tuesday night at Vern’s, a hole-in-the-wall-type bar on the west end of Stephen Avenue Walk. The 8 p.m. show presents a lineup of local comedians, and the 10 p.m. show is an open mic where aspiring comedians can test out material. Doors open at 7 p.m.