Chef and proprietor, Notable and The Nash

How inspiration in the kitchen springs from relationships built outside of the kitchen. 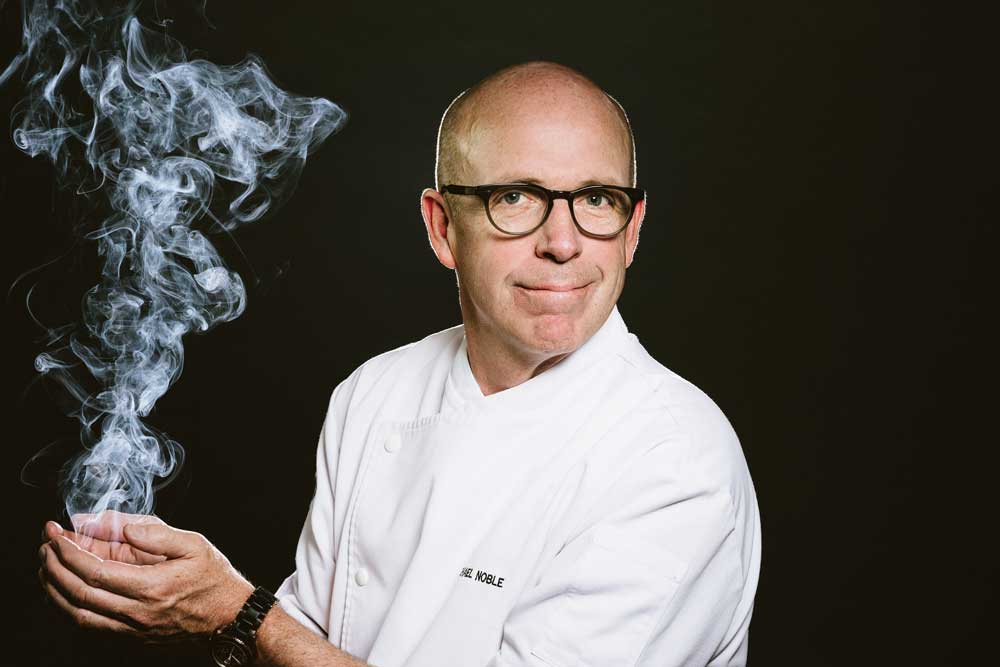 You’d be forgiven for expecting a conversation with Michael Noble to touch on food. The inaugural chef at Catch, innovator of Earl‘s menus and now chef-owner of The Nash and Notable is, after all, four decades into an enviable career that pivots on developing some of the restaurant industry’s most creative and enduring dishes.

But nope: food is not the thing that inspires and drives Noble.

Rather, the exuberant chef would prefer to talk about his appreciation for the long service of his wait staff or the illustrious trajectory of his former mentee, the chef and SAIT instructor Hayato Okamitsu. “Relationships – that’s always been what has inspired me,” says Noble. “It’s the personality part of being a chef that really defines me.”

That said, the potatoes cannot be overlooked.

On Easter Sunday, 1999, Noble made culinary history as the first Canadian chef to appear on the Japanese cooking show Iron Chef. Noble was, at the time, already a heavy hitter on Canada’s west coast. Nearing the end of his illustrious six-year tenure at Vancouver’s lauded Diva at the Met, the chef had Bocuse D’or and World Culinary Olympic competitions under his belt, and had won GQ magazine’s coveted Golden Plate award for his famous stilton cheesecake. Still, he would lose the battle that day to Iron Chef Masaharu Morimoto, whose potato dishes beat out Noble’s – possibly, says the chef, due to a slightly overcooked potato-wrapped loin of lamb (“I got distracted by all those cameras”). As it turned out, the outcome didn’t matter a whit. Overnight, Noble was catapulted from enviably successful chef to celebrity.

That moment, says Noble, “really turned the chef-thing inside out.” Indeed, he recalls being the only student in his class-of-1980 culinary program who seemed to genuinely want to be there. “Back then, the profession was not highly respected – I was the only one in my class of 16 [at Vancouver’s former Pacific Vocational Institute] who paid for the program. Everyone else was on the dole, just looking for something to do.” Iron Chef was the beginning of the huge increase of TV cooking shows and competitions. The increase in popularity of those shows changed the way people thought about chefs, says Noble. “I felt like people were looking at me – at all of us in the profession – a lot more.”

While such attention has had a notoriously inflationary effect on the egos of many a chef, for Noble, it served to further liberate his natural desire to tear down the old-millennium barriers that still existed between chef and diner. “I had already busted through the kitchen doors and started talking to people,” says Noble. “But the cult of the celebrity chef enabled more relationship building. People wanted to talk to chefs and farmers about these great ingredients they were eating. There was just more desire for connection.”

Indeed, Noble is among the first chefs in the country to run with the open-kitchen concept – a set-up that’s become ubiquitous in urban eating establishments. His perennial focus on being visible, conversational and connected – to diners, farmers, vintners and other chefs – has long put him on the vanguard of all that is coveted and respected in contemporary cuisine. That relationship building continues to inspire him today, and ensures that the vibe in both his restaurants is warm, and the food delightfully interesting and appealing rather than trendy or precious.

Nearly 20 years after his Iron Chef moment, Noble is still startled and amused when he’s asked for an autograph or to participate in a selfie. “I’m not hip like these new chefs out there,” he says with levity. “I still wear the white jacket; I don’t have any tattoos.” Some Halloween, he promises, “I’m going to wear a T-shirt and get a fake sleeve of tattoos so I can look like a hipster chef.”

Whatever. No matter what he shows up in, he’ll still be the inimitable Michael Noble. –Jacquie Moore

“Chefs create as artists would.  We have to consider many factors that go into a dish besides flavour, such as texture, smell, structure, seasonal ingredients and trends. We encourage our guests to experience the dish the way the chef has intended it to be.” –Diana Nacita, Senior Executive Chef at Vin Room

On finding inspiration in conversation and talking technique. 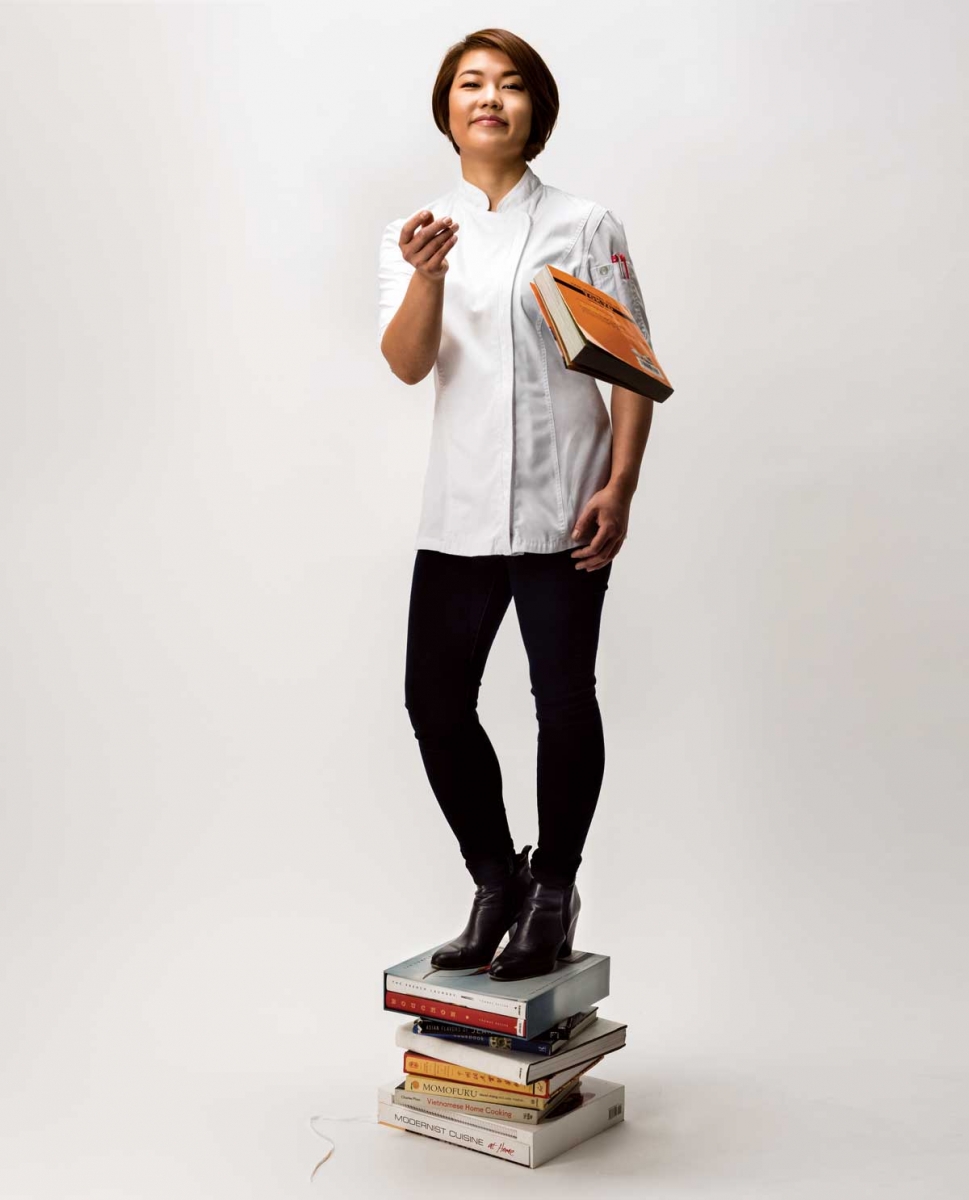 Back in February, Jinhee Lee won gold at the national Gold Medal Plates competition in Kelowna, B.C. On the drive there, Lee and her friend and mentor, chef Duncan Ly, talked technique. “We talk about food a lot. That really helps me,” Lee says. “I’m not a genius about creativity. It’s more about process and learning.”

Lee says she depends on books and travel for inspiration, as well as conversations with fellow chefs. Under the pressure of competition, Lee says her thoughts turned to the hard-working team at Ly’s Foreign Concept restaurant, where she is executive chef.

“I wanted to do the best I could so I could bring something to my crew,” she says. –Julia Williams

“Our staff puts in a lot of hard hours, especially on days that others consider holidays. Most of us see the people between our restaurant walls more than our significant others. We have a passion for what we do, though, or you wouldn’t find us here. When you’re a guest in our restaurant, you’re a guest in our home.” –Benjamin Mills, Chef at Bonterra Trattoria and Posto Pizzeria

On how inspiration is everywhere. 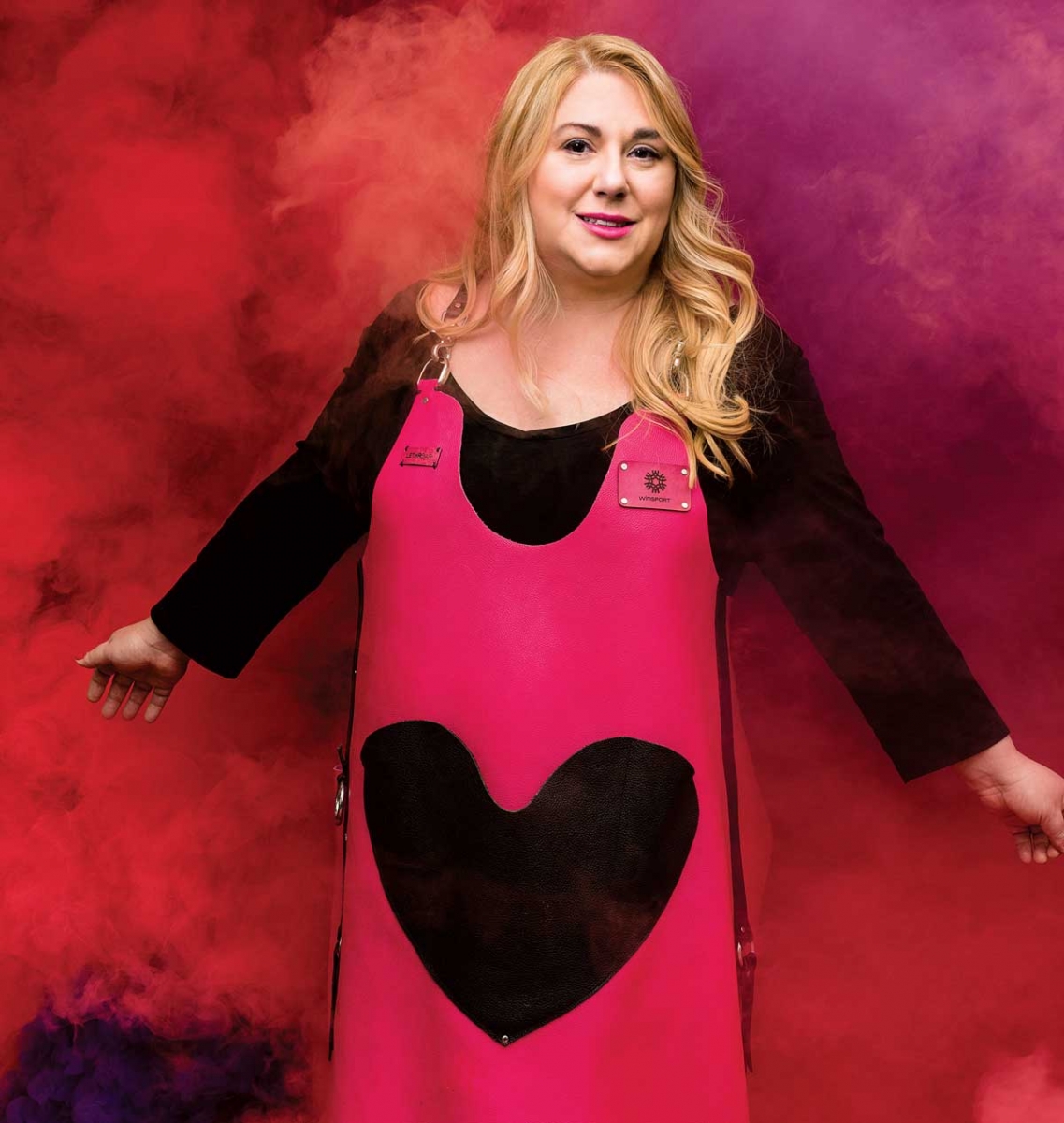 Liana Robberecht says she’s always had creative visions. “I thought everyone in cooking thought that way.” She finds inspiration everywhere. “I can walk down the street and see a colour on a tree, and that spins me off into thinking about a flavour or a dish or a technique,” she says.

After 18 years as a chef at the Petroleum Club, Robberecht is now the executive chef at Winsport, where she translates clients’ flavour preferences into memorable feasts for weddings and other occasions. From a starting point like “lemon,” Robberecht can create an entire menu. It’s an approach best summed up by the words Robberecht had painted over the Winsport kitchen door last summer: “Magic Happens Here.” –Julia Williams

“I hope diners understand that beyond the passion and excitement, there is the grind. Cooks grind it out tirelessly day after day, perfecting their craft in pursuit of making every guest matter, regardless of the situations that are presented to them.” –Michael Dekker, Chef instructor at SAIT

On how inspiration is a sum of many parts. 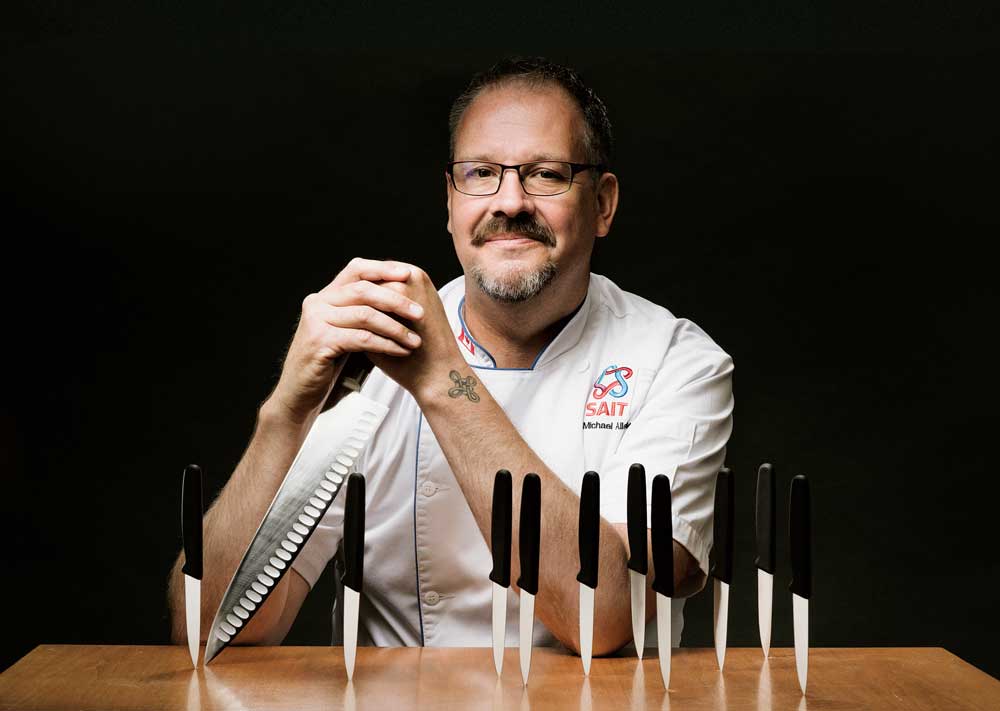 That clarity comes when other factors align: experience, discipline and skill.

As a culinary instructor at SAIT, and one of only three Certified Master Chefs in Canada, this is what Allemeier tries to teach the next generation of chefs. There’s no one-size-fits-all solution, but Allemeier believes it’s possible to impart the skills, habits and values that bring that spark of inspiration within reach. “I think it’s a form of confidence, ultimately,” he says. “It’s a sum of many parts.”

It’s also a long game. Allemeier is still inspired by certain mentors he had 30 years ago because they shaped him, not just his culinary technique. “Motivation is short-term. Inspiration is long-term,” he says. “To inspire someone to be a better cook or person or leader lasts.” So he nurtures his students’ communication skills and encourages them to set goals.

For Allemeier, inspiration is usually a by-product of action. A chef with a long and storied career, including a stint as executive chef at Teatro, he has never sat around waiting for his muse. “When you’re cooking at a high level you simply can’t have a bad day,” he says.

On the approachability factor and creating flavours for the anti-pretentious foodie.

When Chef Jan Hansen designed the menu for Oxbow at the Kensington Riverside Inn, one of the restaurants he oversees as executive chef for the Hotel Arts Group, one of his inspirations was what he calls “bums in seats.”

“We want [Oxbow] to be somewhere you can bring your family on a Tuesday night,” he says. To achieve that unpretentious feel, Hansen seeks to indulge Calgary’s appetite for high-quality dishes without fine-dining formalities. “It’s not tweezer food. We’re not little dollops of this and little dollops of that,” he says. “We’re building cravings. We’re making food that people want to come back for.” –Shannon Cleary

On finding inspiration in the hub of the wheel. 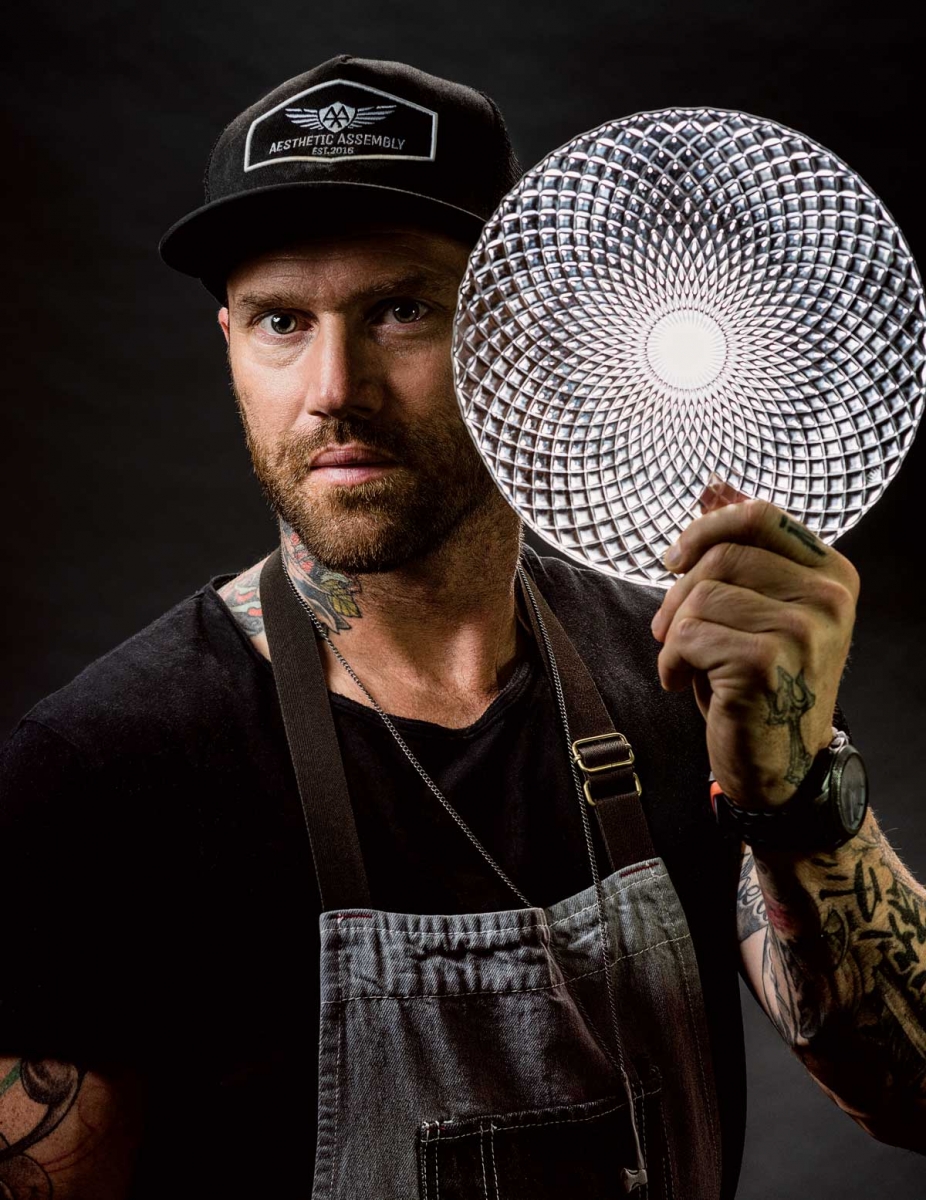 When chef Kenny Kaechele sketches out his daily menu for Workshop, the stylish lobby restaurant at Theatre Junction Grand, he doesn’t try to reinvent the wheel. In fact, he draws inspiration from it. “Imagine a bicycle wheel that has spokes coming out of a central hub,” said Kaechele. “For us, it’s about that hub, that center of the dish.”

Kaechele then uses “hyper-seasonal, hyper-local” ingredients and contrasting textures and temperatures to build the supporting elements.

Once you embrace these general rules of great tasting food, Kaechele says, “the creative possibilities are endless.” –Shannon Cleary