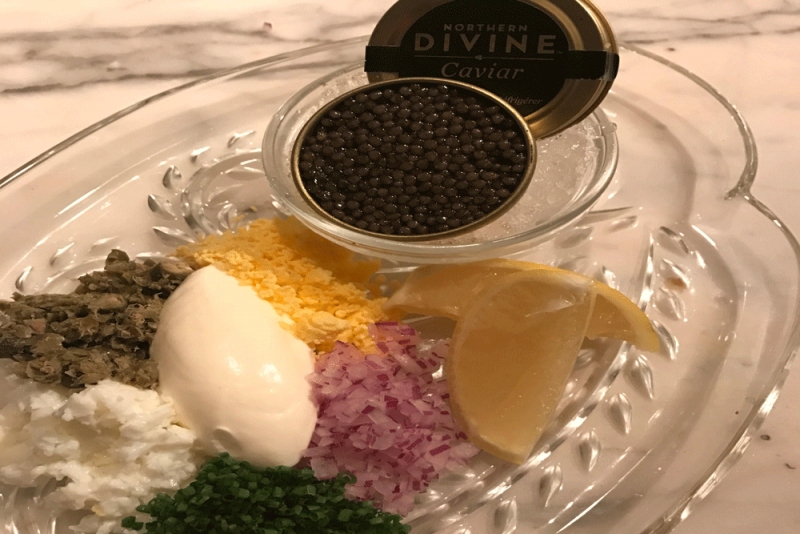 Leave it to chef Justin Leboe to take a dish that first became popular in medieval Russia and make it a highly sought-after menu item that feels totally of-the-moment at Pigeonhole, his hip, eclectic restaurant on 17th Avenue S.W. And it’s not that he took an old concept and cheffed it up to feel trendy and cool. Nope, he serves it in very high traditional Russian style.

Leboe serves it thusly both as an homage to traditional European cuisine and the importance of passing epicurean lessons down through the ages.

“The first time I tried it was in 1998. A chef in Toronto actually fed us caviar because no one in the kitchen had ever tasted it before. I had already worked in kitchens for five or 10 years and here I am, having this epiphany,” says Leboe. “The first time you taste everything on the blini, a lightbuld goes off. ‘So that’s what the big deal is!’ And there’s whole generations that are growing up not tasting it.”

Indeed, few, if any restaurants in Canada offer traditional caviar service, perhaps because it would seem out of place in restaurants that are usually looking ahead to the next big thing.  But that didn’t stop Leboe, who won’t be pigeonholed.

“We put it on the menu kind of as a lark and we sold way more than we thought we ever would. It has a loyal following for sure,” says Leboe.

On Mondays, Pigeonhole offers a special deal on the caviar experience: $100 for the small dish plus a bottle of bubbles. The proceeds from sales go to Brown Bagging for Calgary Kids, an organization that Leboe supports through his Plate Swap initiative hosted at his other restaurant, Model Milk.