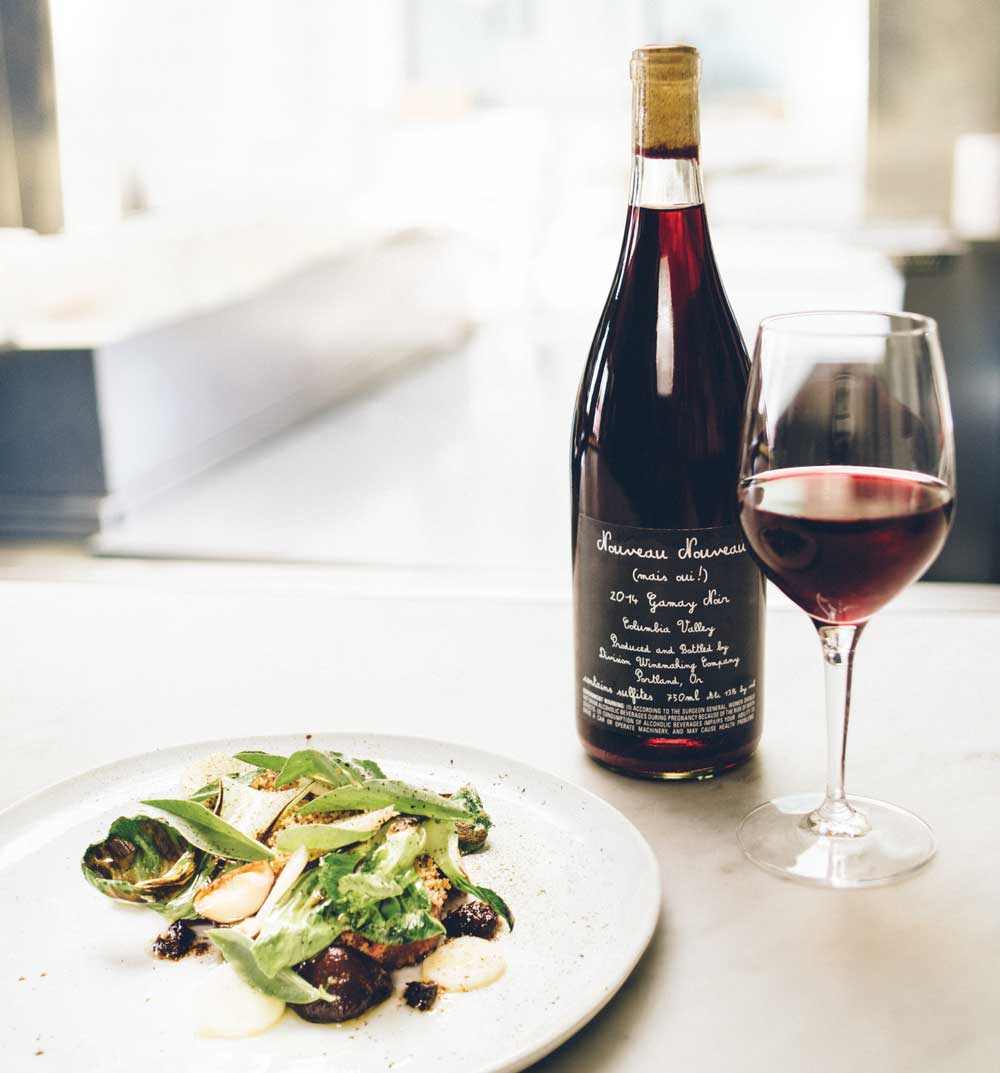 Using a term like Pacific Northwest to describe a wine region is a rookie mistake. There is a whole world west of here that has been done a disservice by such an umbrella term, because to lump these wines together doesn’t really add to our enjoyment or understanding of what makes them great. The two states and one province that encompass the area make plenty of unique and stylish wines different from those of their neighbours, so, please, let’s treat them as unique.

The wine regions of the Pacific Northwest are generally located in Washington state, Oregon and western British Columbia (which we’ll ignore for now since B.C., and especially Vancouver Island, have their own unique things going on, to be covered another time). They encompass a number of micro- and meso-climates providing a range of growing conditions for wines. There is cooler and wetter, which is more suited to grapes such as riesling, chardonnay and pinot noir – grapes for which acidity is extra important (think Germany and Champagne). There are also some warmer and drier areas, which are important for ripening big reds like shiraz and cabernet sauvignon.

With the exception of Chateau Ste. Michelle, a massive producer, Washington (WA) wines tend to come from smaller wineries, so they tend to be fairly expensive given that production is less cost-effective than at the typically large vineyards of, say, California or Australia. They’re also hard to find in Alberta because the cost of bringing them to market isn’t supported by demand from the average wine drinker. So why bother, you ask? Because if you’re a fan of terroir-driven wines, then you’ll appreciate what these bring to the glass.

Almost all of Washington’s wines come from the vast Columbia Valley appellation, which is split into AVAs (American Viticultural Areas) including the Yakima and Walla Walla valleys, as well as eight others, including Horse Heaven Hills and Wahluke Slope. There are those who believe WA wines haven’t gained the prestige of, say, Napa, because the area is too big to produce unique wines. Others argue that the valley produces great wines because it’s so large, by allowing winemakers to achieve optimal balance by blending grapes from the diverse microclimates within the valley.

Certainly blends are big in WA, but we also see a lot of top-shelf chardonnays, syrahs, merlots and cabernets, which are characterized by big tannins along with robust and intense fruits. These varieties thrive in the slightly warmer climate of the Columbia Valley.

Oregon, if you had to paint its wine with a broad brush, could be compared to the Burgundy region of France. Its cooler climate works exceptionally well with Burgundy’s showstopper grape pinot noir. There are plenty of premier producers in Oregon, but it seems as though the region started earning its attention once the Drouhin family of Burgundy fame selected Oregon for what would be its Domaine Drouhin endeavour.

The Willamette Valley, which wends its way south from Portland, provides the vast majority of Oregon wines, though the Umpqua and Rogue valleys further to the south are making some great wines as well. From the Willamette, sub-appellations such as Dundee Hills, Yamhill-Carlton and others are well known to pinot noir lovers. The Willamette isn’t an easy place to make great pinot, but producers who can successfully manage very dry summers before what is assured to be a cool, rainy fall reap the benefit.

Oregon also has a strong connection to organic and sustainable produce, perfect for those who value such things. This is a philosophy that goes hand in hand with smaller production wineries making wines that have a sense of place, rather than mass-market wines made to taste the same year after year.

More on whites and reds from the Pacific Northwest

Aside from pinot noir, we also find its white cousins pinot gris and chardonnay (the main white grape of Burgundy) making well-deserved appearances. These wines tend to be flavourful and aromatic, just like we want them to be. Both varietals are worth trying, and chardonnays are often given a restrained hand with the oak, reflecting a more Burgundian approach.

Regarding wines for the cellar, the bigger reds that we see from Washington state can and do age quite well with some of the syrahs and merlots really starting to shine around five years from vintage and onward. Bigger blends last a little longer and 10 years can be a great starting point to open them up. With Oregon wines, if you like your pinot noirs with a little fruit left in them, like I do, anytime in the first five years is a great time to pull a cork. The whites from Oregon? Follow your gut instinct. Most shouldn’t be cellared, but some chardonnays you might want to think about holding for a couple of years to gather dust before opening.

Have a little fun with your wine by trying the Division Nouveau Gamay ($14 glass, $70 bottle) from Oregon. It shows tight fruits and zingy acid and works well with the Driview Farms lamb. Gamay is the grape of Beaujolais and Beaujolais Nouveau – a little flirty and a cool complement to the flavours of the lamb.

It seems a little strange to match WA state merlot with spaghetti and meatballs, but you’ll see what I mean when pairing the Camaraderie merlot ($68) and this dish at 80th & Ivy. The earthy fruit character of the merlot complements the spice of the dish and the porcini mushrooms while the tannins are just right, too.

Despite Calgary’s love of big reds with “big” beef, I challenge you to enjoy the refined dining experience that is pairing a beautiful rib-eye or striploin with a stunning pinot such at the 2006 Domaine Drouhin Pinot Noir ($107). Clean, cherry fruits with rich earthy aromas and layers of complexity go oh-so-well with a perfectly done cut of beef.

6 wines from the Pacific Northwest to try

Non-vintage and a blend of syrah from Oregon, with merlot and cabernet sauvignon from Washington state, this is certainly a non-conventional wine. Cherries and chocolate on the nose with spice and a touch of smoked meat, the palate is full, with generous fruits and easy tannins. Like any good wine, it makes you hungry. Fire up the smoker or enjoy with deli-style meaty sandwiches. $22.

Celebrating the Rhne varieties of grenache, syrah and mourvdre, look for a good old-fashioned fruit throwdown of strawberry, raspberry and cherries duking it out, with white pepper, tar and black liquorice cheering on the action from the sidelines. Well-balanced on the palate and perfect for drinking on its own or with grilled pork chops or braised meats. $35.

Bright, lifted tropical fruits fly out of the glass with plenty of ripe apple fruits and a touch of peach and apricot. Rather than talk about it, I’d suggest just picking up a bottle (or two) for the next time you cook halibut at home or do up some nice grilled chicken (with the skin on). $21.

It’s a deep, brooding, serious pinot noir in this bottle, with plum and black cherry fruits and smoke, tar and earthy spice aromas. In the mouth, heavier tannins than most pinots come through, but it’s impeccably balanced and one of the great new-world pinots. Drink or keep – keeping will pay off. $55.

This is a beautifully curvy chardonnay with softer-fleshed tropical fruits, floral tones and maybe a little coconut. Even though it’s from WA, it has me thinking of a beach vacation. Medium-bodied on the palate with a long, creamy finish. Drink up. $17.