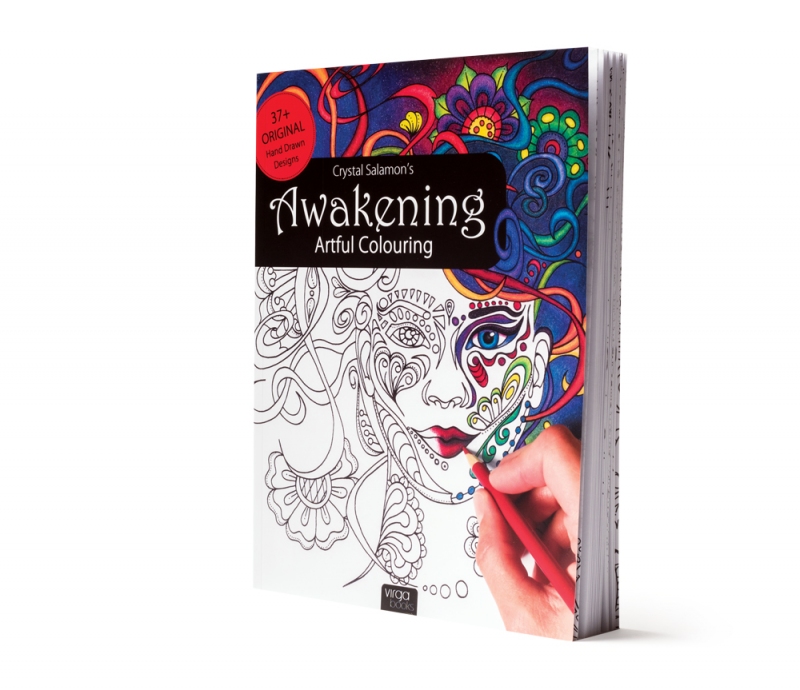 We’re going to call it – 2015 was the year of the adult colouring book, and the popularity of the artistic pastime is showing no signs of slowing down. While many praise adult colouring books for their ability to help reduce stress, others simply enjoy the revival of a fun childhood activity.  Either way, it seemed like an obvious item to include in our 2015 Christmas Gift Guide – especially one with a local twist.

The Awakening: Artful Colouring book was created by Crystal Salamon, an artist and entrepreneur based in Turner Valley. The life-long doodler decided to create her own colouring book when she realized they were taking off abroad and that her artistic style lent itself well to the medium. She began researching the self-publishing process in early 2015 and has been the driving force behind each step ever since, from creating a publishing company to hand drawing all the designs to finding a printer. Many people have followed Salamon’s progress from the beginning through her Facebook page, where she often posted updates and sought feedback on colouring pages along the way.

While many colouring books have a specific theme, Salamon chose to feature a range of images to keep people constantly inspired. The book features 37 different colouring pages, with detailed images ranging from unicorns to mandalas to sugar skulls. Each page is specifically sized to be framed at 8×10 after cutting along the dotted line on the left side of the page. The pages are also one-sided, so you don’t have to worry about missing a design when you frame it.

In recognition of the collaborative nature of colouring, there’s also space for the colourist to sign their name at the bottom of each page next to the designer’s (Salamon).

In only a few short months, the book as already made its way across the world, with colouring enthusiasts from as far as the United States, Australia, Spain and Holland ordering copies.

And if you finish the pages in this book, don’t worry. Salamon plans to eventually have an ongoing series of colouring books, including a book with Calgary-themed designs like the ones she’s been creating for a weekly colouring contest in Metro Calgary.

The Awakening: Artful Colouring book can be purchased online at crystalsalamon.com for $20.