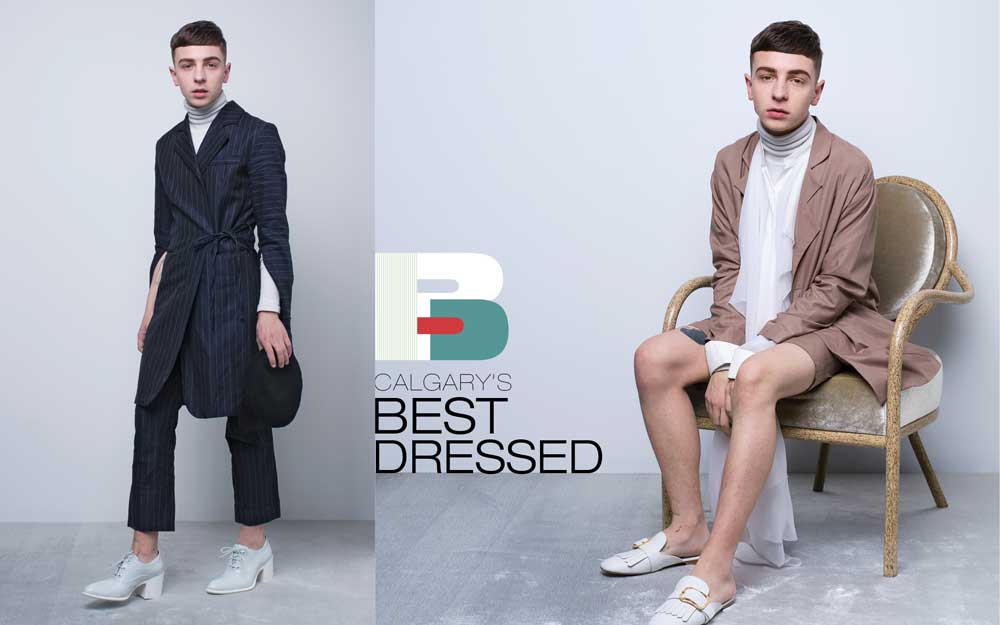 The creative force behind fashion blog theyouthnovels.net, which he started when he was 17, Paul Conrad Schneider’s style has evolved into an art form. He went for bright ’80s colours and patterns as a teenager. Now 22, Schneider is more about minimalistic elegance that layers rich fabrics in neutral shades.

Schneider loves luxury brands for the way they turn clothing into art. He draws inspiration from designers like Alexander McQueen, deftly mixing structure, movement and texture to create head-turning outfits. His eccentric look has earned plenty of confused stares (and worse) from passers-by, but he doesn’t care.

“I don’t like having to hide who I am to make other people comfortable,” he says. “People often think it’s too much, but screw it, I’m not dressing for them. I’m doing me.”

“A custom outfit by Jonathan Anderson, the J.W. Anderson and Loewe creative director, with the black snake-print Gucci Princetown loafers and a Loewe Puzzle or Amazona 28 Multiplication bag.”

Where do you go to be seen fashion-wise?

“I love going to PARKshow and seeing all the outfits that walk through the doors. It’s my favourite event to people-watch at.”

How a Calgary Family Transformed a 1973 Split-Level into a Warm, Contemporary Home