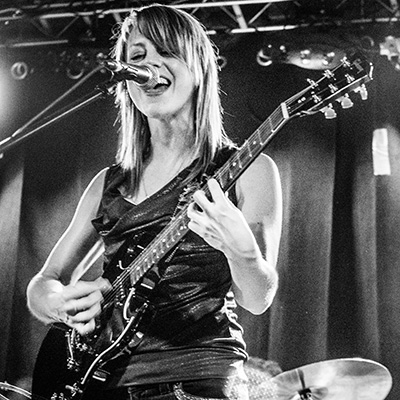 Whether you’re a budding musician trying to figure out if you’re ready to perform in public or a more experienced player looking to test new material, Calgary’s busy open mic scene could be your home away from home. At an open mic night, all you need to do is show up with your instrument, write your name on a list and, when it’s your turn, get on stage and perform (usually) up to three songs.

“If there hadn’t been a thing such as open mics, I’m not sure I would have started performing,” says Calgary recording artist Heather Blush, who has three studio albums and hundreds of live shows to her credit. “I don’t know how else I would have done it.”

Besides honing her songwriting and performing chops in the non-threatening, risk-free atmosphere of open mic nights, Blush has also used them to meet and connect with bandmates.

“You meet so many people, so many other musicians, and often people are looking for other players to start a band or to collaborate and write songs together.” Her jazzy, bluesy trio, Heather Blush and the Uppercuts (including drummer Steve Hazlett and bassist Dale Ulan) recently celebrated 10 years together.

Blush served a stint as host of the Wednesday open mic night at Mikey’s Juke Joint, a role now occupied by singer-guitarist Carla Olive. “The open mic scene is rich, and some artists will try to attend a handful a week, sometimes two a night,” says Olive, who before moving to Mikey’s spent almost six years as host of the singer-songwriter open mic night each Tuesday at Caf Koi. “I know this, because I used to be one of them.”

Olive’s multi-faceted career has seen her as a solo artist and a band member, playing music that ranges from hard rock to acoustic pop. Her current project is the band Bad Neighbor.

Each establishment’s open mic night has a different feel and flavour, so visit a few of them as an audience member (not a bad way to spend an evening in itself) before deciding if you’re ready to try one. Here are some highlights.

Wednesday nights. Tim Leacock and Kit Johnson return Sept. 2 to begin their 10th year as hosts of this, the “gold standard” of the city’s open mics.1229 9th Ave. S.E.

Wednesday nights with host Carla Olive, who brings a featured songwriter to the stage to talk and share inspiration before opening the floor to performers. 1901 10th Ave. S.W.

Several venues also have “jam nights,” a variation on the open mic theme that features a band. Musicians can come up and sing or play songs of their choosing, generally blues or rock, with the band.

Dos and don’ts of getting on stage

Whether you’re considering taking the stage for the first time or already have a few open mic gigs under your belt, these expert tips will help you make the most of your moment in the spotlight:

DON’T put yourself down. It’s okay to be nervous when you’re starting, but don’t apologize for being there. Says Blush: “It’s good to go up with some amount of confidence – as much as you can muster.”

DO get there early and get your name on the list, especially if you’re new to the scene. While you may not want to be the first artist to play, if you sit back and “feel it out” you likely won’t get to play at all.

DO keep it simple. Musicians like to impress each other with unexpected chord changes and complex arrangements. But, Blush says, people don’t always like complicated. “If you can do something simple and elegant that will hook people in, that can be better.”

DO be gracious, kind and friendly to the hosts, staff, audience and fellow musicians. You’ll generally get back what you give.

DON’T expect to be “discovered.” It’s about fun, experience and camaraderie with like-minded folks.

For a regularly updated list of open mic and jam nights in the city, visit the Open Mic Scene website. You’ll also find listings for comedy open mics there.